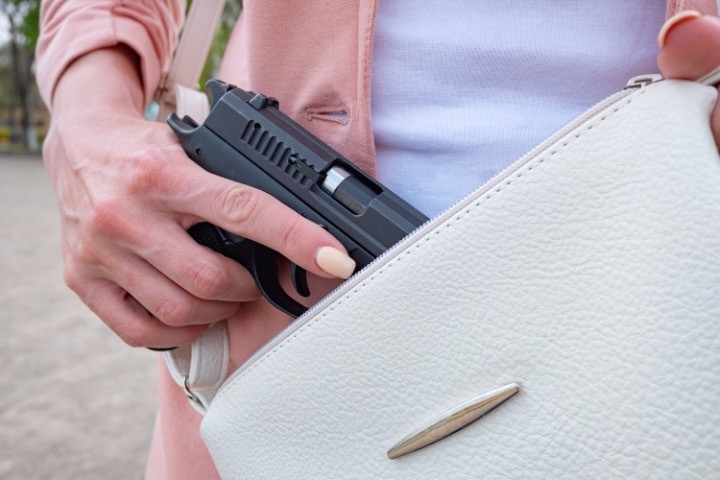 With the mainstream media in thrall with covering recent mass shootings, they have ignored another one that never happened. The event was covered by MetroNews out of Charleston, West Virginia, on Thursday: “There was a shooting last night in Charleston after a man opened fire at a party at an apartment complex.”

The shooter, Dennis Butler, was stopped by local police for speeding through the apartment complex. He returned later with a semi-automatic rifle and began shooting indiscriminately at a crowd of people celebrating the graduation of a young person in the complex.

Said Police Chief Tyke Hunt: “It looks like the person who fired upon Mr. Butler does not have any reason to prohibit [her] from carrying a firearm lawfully.” Chief of detectives Tony Hazelett added: “Instead of running from the threat, she engaged with the threat and saved several lives last night.”

The incident doesn’t fit the media narrative: That NRA executive vice president Wayne LaPierre is wrong when he declared in 2012 that “the only thing that stops a bad guy with a gun is a good guy with a gun.”

But, according to numerous sources, incidents such as Charleston’s on Wednesday night happen millions of times every year.

Another study, this one by the Centers for Disease Control and Prevention (CDC), estimated “annual defensive gun uses range from about 500,000 to more than 3 million.”

Almost never mentioned in any of the media or in those studies, however, is how often an armed citizen comes to the rescue of a law-enforcement officer who is neutralized in a confrontation with an armed suspect. For instance, in a residential area of Maple Falls, Washington, two sheriff’s deputies responded to a “shots fired” report on February 14. When they challenged the shooter, he shot both of them, knocking them to the ground. Two military veterans heard the commotion and the shots, put their children inside, and confronted the shooter. The shooter was arrested and charged with a felony, and his bail was set at $5 million.

Whatcom County Sheriff Bill Elfo said: “We are extraordinarily blessed that [these] armed citizens came to the deputies’ assistance at the critical moments when they were most vulnerable.”

Last October, in Tonopah, Arizona, a suspect accused of critically wounding a Maricopa County sheriff’s deputy was captured after a homeowner shot him.

Similar instances of armed citizens coming to the aid of law-enforcement officers are reported at length by John Lott’s Crime Prevention Research Center.

Also left unreported by any media is the number of times an individual with criminal intent is deterred not just by the presence of an armed citizen, but by the mere suggestion that the citizen might be armed. As horrific as the recent mass shootings are, one needs to balance the mainstream media’s 24/7 blood-red coverage of those events with the fact that, without armed citizens present, there would be many more such ghastly atrocities being committed.

Isn’t It About Time to Arm Teachers?