Misinformation media on the offensive.. Another example

Misinformation media on the offensive.. Another example

The blame game on surging wheat prices is yet another example of one-sided, perspective-free propaganda.

Look at this chart 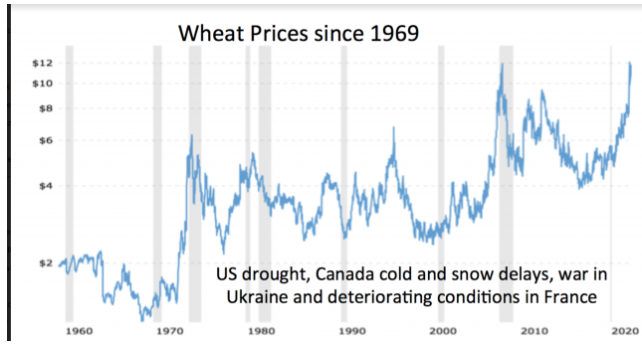 The absurdities are breathtaking.  Let’s take them one at a time.

U.S. drought?  That is absurd  The Palmer Drought index indicates there is no drought in the wheat-growing areas of the United States.

Below: The Palmer index starting in 2014. I used that year to start since it was in 2012-2013 that the phony climate warriors started pushing their new dust bowl idea. 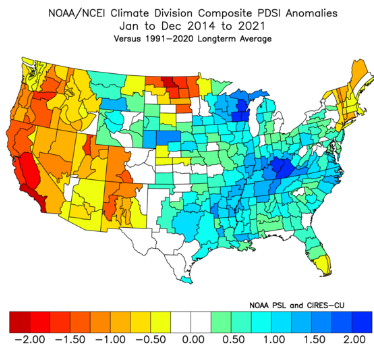 Since the Palmer index also takes into account demand part of the western problem is because that is where there has been the greatest increase in demand relative to average rainfall.  What is remarkable is even in the face of increased demand further east, nature in a gutshot to the propaganda, went the opposite way.

Here is what a drought in wheat-growing areas looks like, an actual dustbowl 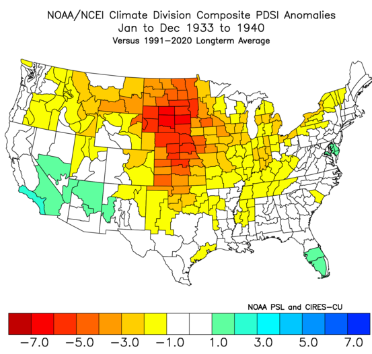 The 1950s were no walk in the park either 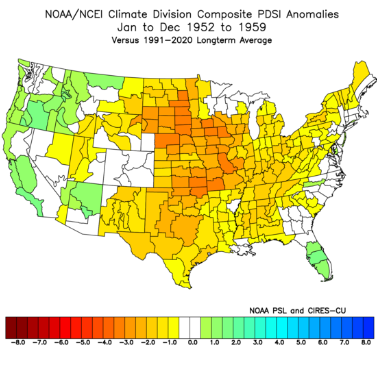 How about that Canadian Cold? Yes it is happening, springs are colder in Canada!

but isn’t it supposed to be warming all over the place?  The cooling there is a natural fightback process as the warmer the planet is due to more water vapor, the more it is still going to snow in places where it snows later. Such a response may develop over Asia in the coming decades.  But it shows the atmosphere is fighting back

War in Ukraine.   This is an indirect result of energy policies that sent prices surging so that the despot that had designs on Ukraine has the funding to wage a war.  His other two invasions occurred when oil hit 100 a barrel during the end of the Bush-era because of economic strife and then Obama-era policies that pushed prices up.   He has that funding because the US forfeiting due to a phony climate war as the cause, its leadership in global energy, and the resulting dependence on the despot, made it so he then held the cards.   Suppose tomorrow the people that have done this, announce a return to Trump-era policies.   Prices collapse and so does the support. But it’s telling that they are so obsessed with destroying our way of life, that do not do this, and then send 50 billion dollars to counter a war that they are indirectly funding.

temperatures have been warmer than average this spring 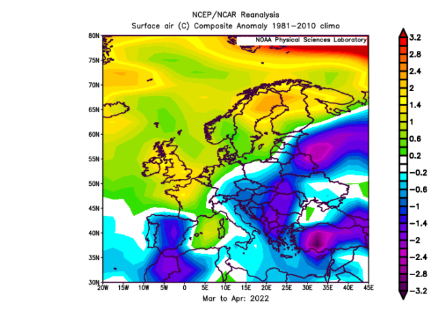 precip near to below average. 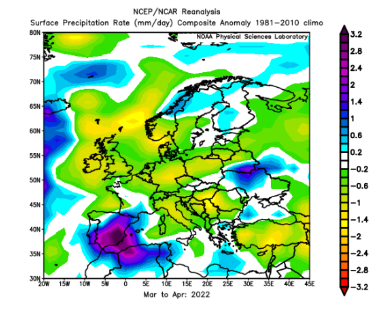 A dry spell is not a drought. In fact, over the last 8 years, France has been above normal precip-wise in much of the country. But leave it to the phony climate war driven meteo misinformation media to bring none of this up and instead blame things that are either not true or could be corrected.   No perspective to the big picture which is that overall, France has enjoyed great conditions,  This is not the Garden of Eden down here. It can’t be perfect every day 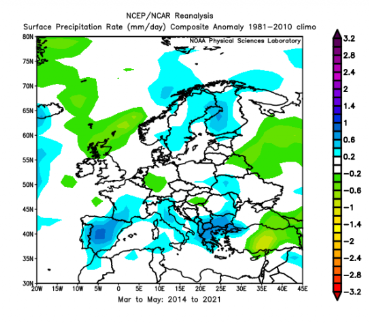 Before I leave just a  couple of more things

First a. question for my favorite climate propagandist, John Kerry

Given your statements at Davos about how bad it’s getting and all the people being killed by climate change, how do you explain this? 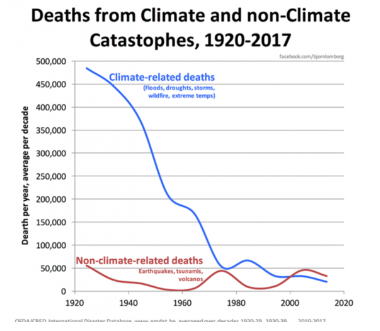 2cnd. Given this chart, does anyone see a pattern here? 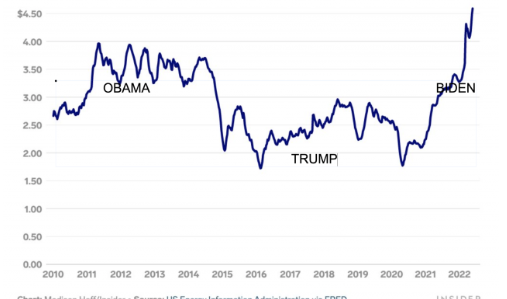 Finally, this, though not a weather, or climate issue, but an opinion on the thread that links what we are seeing in our nation.

I live in Boalsburg Pennsylvania the birthplace of Memorial Day. A solemn Day that we honor those who lay down their lives in defense of the foundational values that are now being fundamentally transformed into the very things they defended us against.