Leftism to Blame? MOST Mothers of “Trans” Boys Are Mentally Ill Themselves 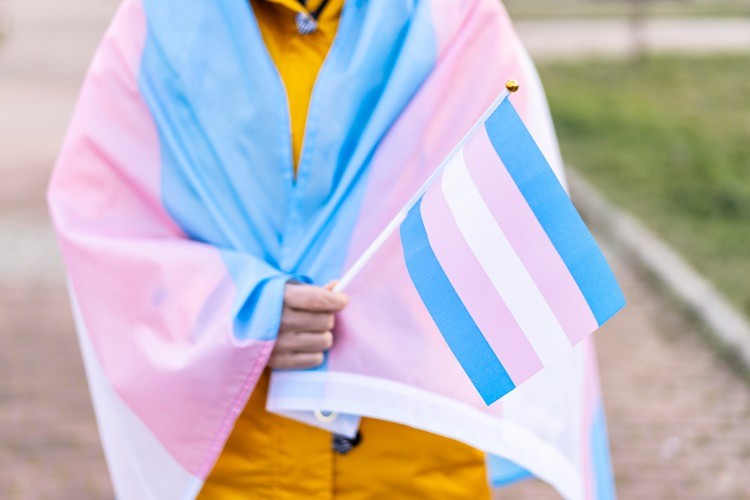 Leftism to Blame? MOST Mothers of “Trans” Boys Are Mentally Ill Themselves

“The apple doesn’t fall far from the tree,” the saying goes. This could come to mind in light of longstanding research showing that the majority of mothers of boys with “gender identity disorder” (GID) are “mentally ill” themselves. It’s yet more evidence that “transgenderism” is not biologically induced, as is the now-fashionable claim, but is a psychological problem stemming from early childhood influences.

What’s more, this, along with other studies showing that “liberal” women are more likely than their conservative sisters to have mental illness, inspired one writer to ask Wednesday, “Does leftist ideology create tangible psychiatric issues?”

Speaking of creation, liberal comedian-cum-commentator Bill Maher himself recently expressed skepticism about the innate-MUSS (Made-up Sexual Status, a.k.a. “transgender”) theory. Pointing out that more than 20 percent of Generation Z now identifies as “LGBTQ,” he asked, “If this spike in trans children is all biological, why is it regional? Either Ohio is shaming them or California is creating them.”

The research supporting the latter proposition was published at PubMed and compared a group of mothers with MUSS (GID) boys with those having normal sons. It found “that mothers of boys with GID had more symptoms of depression and more often met the criteria for Borderline Personality Disorder than the controls. Fifty-three percent of the mothers of boys with GID compared with only 6% of controls met the diagnosis for Borderline Personality Disorder.”

In fact, MUSS boys are nearly nine times as likely as normal lads to have a mother exhibiting a severe “personality disorder,” according to American Thinker’s Olivia Murray.

Thirty years ago the default assumption was the obvious one: that MUSS feelings reflected a psychological problem. Today, however, establishment pressure to accept that MUSSes are innate — that people are sometimes born in the body of the “wrong sex” — is great enough to preclude honest inquiry despite there being no good scientific evidence whatsoever for this assertion.

Just as politically incorrect is examining if there’s a relationship between leftist ideology and so-called personality disorders and “mental illness.” And while the PubMed study didn’t address this, other research does, points out Murray.

In fact, a 2018 “report from Pew Research Center found that the Millennial generation is the most politically left generation alive,” she writes. “From the [Pew] article, ‘Millennials remain the most liberal and Democratic of the adult generations. They continue to be the most likely to identify with the Democratic Party or lean Democratic.’ Millennials are also the generation that suffers the most from mental health issues” (coincidence?).

Murray then cites a 2020 Blue Cross Blue Shield Association study finding that “nearly one in three millennials now suffer from mental health conditions,” as the Philly Voice related it.

“Looking at the data going back six years, the downward trend is even more dramatic,” the Voice also informed. “Among millennials since 2014, there has been a 43% increase in instances of major depression, a 17% increase in substance use disorders, and a 39% increase in those diagnosed with ADHD.”

Yet another Pew study, along with an analysis of it, illustrate the ideology-mental illness connection more directly. The finding: More than 50 percent of young, liberal, white women have been diagnosed with some form of “mental health” problem.

The report, titled Pew American Trends Panel: Wave 64, “examined white liberals, moderates, and conservatives, both male and female, [and] found that conservatives were far less likely to be diagnosed with mental health issues than those who identified as either liberal or even ‘very liberal,’” wrote women’s publication Evie last year. “What’s more, white women suffered the worst of all. White women, ages 18-29, who identified as liberal were given a mental health diagnosis from medical professionals at a rate of 56.3 percent, as compared to 28.4 percent in moderates and 27.3 percent in conservatives.”

My own experiences working with children many years ago bore out this leftism-psychological disorder association. The most well-behaved, well-adjusted kids tended (with a few exceptions) to have three things in common: Parents who were conservative politically, stay-at-home moms, and some type of church life. All three realities, of course, correlate with a traditionalist worldview.

In keeping with this, none of the “ADHD” children I encountered were from such a home; rather, virtually without exception they had “liberal” upbringings. In fact, based on the kids’ behavior, I could predict how their parents voted (and was rarely wrong). There is a deeper connection here, too.

As family psychologist John Rosemond once put it while addressing childhood misbehavior (I’m paraphrasing): Years ago we viewed kids’ bad behavior as a moral problem. But today we view it as a psychological problem.

And that’s the problem. Modern psychology takes everything we once called a sin and diagnoses it as a disease or condition of the brain. You killed your husband? Could’ve been PMS. Drinking too much? It’s a gene. Your kid acting bratty? It’s ADHD. Even pedophilia is now being called innate.

Realizing that much of what is now labeled “psychological dysfunction” is really moral failure clarifies matters. Modern leftism actually is movement toward moral disorder, as it characterizes bad as good, virtue as vice; examples are calling embrace of perversion “being yourself,” punctuality a “white norm,” and abortion “reproductive choice.” So it’s no surprise that these consequences of moral dysfunction, rebranded as psychological problems, are more common among leftists.

It would be interesting to learn what percentage of MUSS children’s parents are liberals/leftists or Democrats. Unfortunately, even if such a study were done (or has been already), any such ideological connection would be explained away. It would be claimed that liberal parents are “open-minded” enough to let their kids live as their True Selves™ — ignoring that your mind can be so open that your brain falls out.