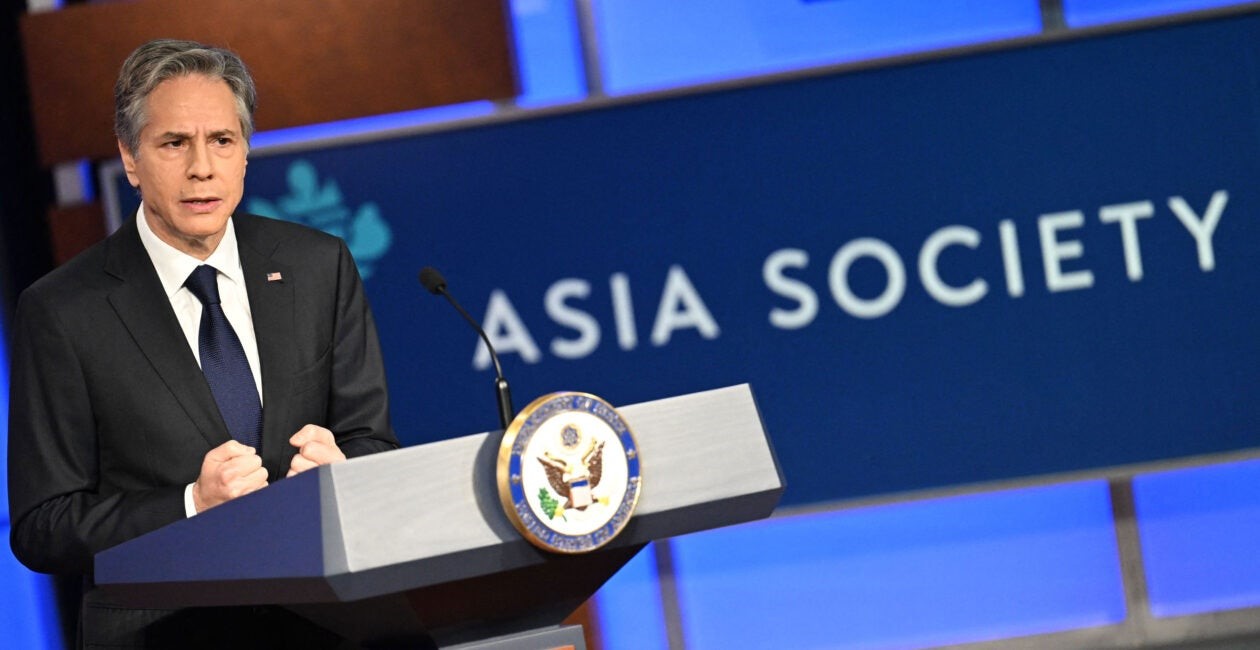 Apparently, in order to deal with this different, long-term, serious challenge, the Biden administration is pursuing a policy of “invest, align, compete.” Ostensibly, this is about investing in American competitiveness and democracy, aligning with our allies, and competing with China.

That might well be the reality—in another part of the multiverse. But in this universe, Blinken’s speech was largely divorced from current Biden administration policies.

Even as container ships were stuck outside one of America’s largest ports, with queues of ships extending down the coast, the administration did nothing to break the logjams. As energy prices spiral, the administration has pulled three major oil and gas lease sales in the Gulf of Mexico and Alaska.

Blinken also talked about investing in education as a means of improving American competitiveness. Yet, in this universe, President Joe Biden endorsed Terry McAuliffe and other Democratic politicians who are intent on shutting down or gutting some of the most successful magnet high schools focused on STEM (science, technology, engineering, and mathematics) education.

Another effort outlined in the speech is to align the United States with our friends and allies in this competition.  But in this universe, Biden canceled the Keystone XL pipeline project, which would help strengthen economic ties between the United States and Canada.

Biden also halted the prosecution of Meng Wanzhou, the chief financial officer of Huawei, and allowed her to be released to return to China. Canadian officials had detained Meng at the request of the United States, and China had brazenly retaliated by arresting several Canadian citizens. All of this was for naught, as the administration effectively dropped all charges, leaving the Canadians looking like fools.

As for competing with China, perhaps nowhere is the divergence between rhetoric and reality as great.

The same administration claiming that it is competing has shut down the Justice Department’s China Initiative, which sought to turn off the spigot of intellectual property that China has been tapping at its source—American universities and institutions. Despite high-profile prosecutions and convictions, such as that of a Harvard professor being paid $50,000 a month by Beijing, the administration concluded that it couldn’t take the heat to sustain the effort.

The same administration that declaims that it has the world’s strongest military has forwarded a Navy plan to scrap or decommission some 24 warships, including several nuclear attack submarines, to keep the rest of the Navy going.

This same administration, however, has prioritized gender identity and gender expression training, making it mandatory. It’s questionable whether training in Chinese languages and Chinese intelligence has been made mandatory even in U.S. Indo-Pacific Command billets.

In this administration’s universe, perhaps conflating words with deeds—emphasizing meetings convened rather than actions undertaken—is seen as an expression of strength. It’s doubtful that China’s Xi Jinping would agree.