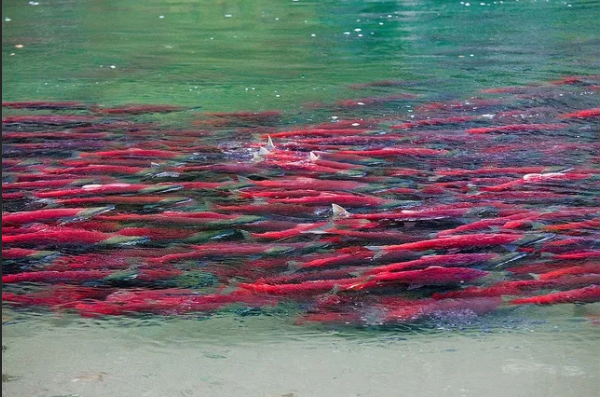 When addressing important environmental issues like salmon recovery or climate change, do real-world data matter? If Shawn Vestal’s recent column is any indication, the answer is “Nope.”

Vestal takes issue with data I provided on Washington’s healthy snowpack and growing Chinook salmon runs on the Snake River. He claims to use science while dismissing current data that doesn’t support his ideological bias.

For example, activists and politicians claim that climate change has caused Washington’s snowpack to decline, putting farmers and others at risk. Legislators even wrote that claim into state law. Data from the U.S. government, however, show this is wrong. For 13 of the last 17 years, snowpack has been above normal. Rather than declining, snowpack has been getting better.

Highlighting that fact triggered Vestal, who said, “the continued existence of snow is considered a zingy rejoinder to the irrefutable evidence of a warming planet.”

This claim is intentionally misleading. He gets both the data and my argument wrong.

Environmental activists, not me, are using snowpack to justify their climate policies. They — not me — made snowpack levels central to climate change. Now that the irrefutable evidence demonstrates that Washington’s snowpack has been flat or rising for nearly two decades, Vestal is upset that I’m holding environmental activists accountable for their own rhetoric. The nerve.

There is risk from climate change, but a crisis mentality detached from reality leads to wasteful and ineffective policy.

In the article that triggered Vestal, I wrote, “It may be that as temperatures increase in upcoming decades, the trend changes and we begin to lose snow. Either way, Washington’s climate policy should be based on real-world evidence and facts, not hyperbole and untruths.” Either he didn’t read that far, or he ignored it because he found it inconvenient.

Vestal is also upset that I have highlighted rising returns of Chinook salmon on the Snake River, which are increasing for the third year in a row. This is contrary to claims from environmental groups that Snake River Spring Chinook will be extinct in three years.

Attacking that claim, he cites a handful of letters and studies claiming that the four dams on the Lower Snake River are driving the salmon to extinction so the dams must be destroyed.

Of the seven citations, including letters and newspaper editorials (as opposed to peer-reviewed science), three are from the year 2000 or earlier. We can now test those long-ago claims against actual data. I have done that, and they don’t hold up well.

A 1999 letter to President Clinton claimed salmon “cannot be recovered under current river conditions.” Since then, Snake River Chinook returns have been at least four times higher every single year. In 2015, the number of Chinook arriving upstream was nearly 20 times as many as in 1999.

The activists on whom Vestal relies for his dire predictions claimed the Spring Chinook run would decline last year and this year. They were wrong last year, and this year Chinook salmon runs have seen another big increase.

Finally, among Vestal’s list of letters, editorials, and economic projections, there is one major study he left out. In 2020, federal scientific agencies released the most comprehensive scientific analysis ever of the Snake River dams. It cites thousands of scientific studies and pieces of data and concludes that destroying the dams would be a mistake.

Those who respect science don’t dig in their heels and deny data that challenges their viewpoint.

I have worked in environmental policy for more than two decades, at state environmental agencies and on a state salmon-recovery board. I have watched many people deny the inconvenient truth, hoping they won’t be held accountable. In the end, though, there is a price to pay for ignoring reality, and it is often paid by taxpayers and the environment.

Todd Myers is environmental director of the Washington Policy Center.