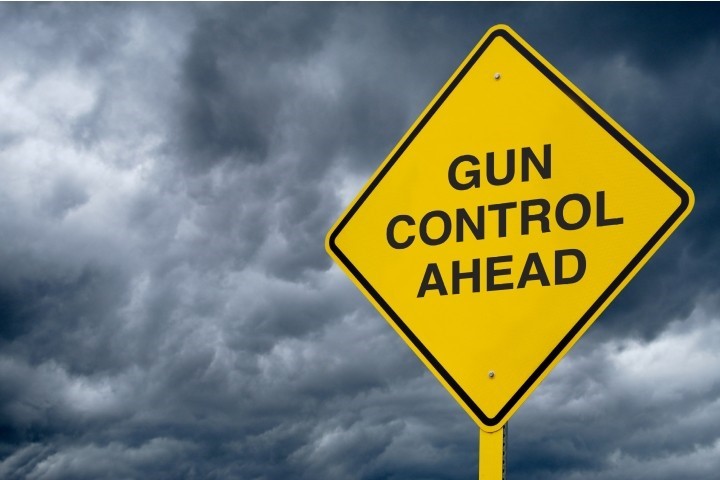 As early as Tuesday night — perhaps even as some parents of Robb Elementary students were still waiting to hear if their children were among the dead — Biden addressed the nation from the White House, decrying the “gun lobby” and asking, “When are we going to do what we know in our gut needs to be done?”

President Joe Biden mourned the killing of at least 19 children and two teachers in a mass shooting at a Texas elementary school on Tuesday, decrying their deaths as senseless and demanding action to try to curb the violence.

“I hoped, when I became president, I would not have to do this again,” Biden said at the White House, in sometimes halting, emotional remarks. “Another massacre in Uvalde, Texas. An elementary school. Beautiful, innocent second, third and fourth graders.”

To describe Biden’s speech as “sometimes halting, emotional remarks” — as if his usual inability to string words together into coherent sentences has anything to do with the horror of the subject matter — is a naked attempt on the part of mainstream media to assist Biden in manipulating the emotions of the American people.

After citing Sacred Scripture as saying “The LORD is near to the brokenhearted,” Biden went on to say, “As a nation, we have to ask: When in God’s name are we going to stand up to the gun lobby? When in God’s name will we do what we know in our gut needs to be done?”

After slurring his way through how many days it has been since the Sandy Hook school shooting, Biden claimed that “since then, there have been over 900 incidents of gun fires reported on school grounds.” Sweeping any and all incidents together into one pile, Biden said, “I am sick and tired of it” and said, “We have to act.”

He claimed — without evidence — that “when we passed the assault weapons ban, mass shootings went down; when the law expired, mass shootings tripled.” And just for good measure, he trotted out his tired, old line about deer not wearing Kevlar vests. He seems unable to keep himself from capitalizing on the deaths of 19 children and two teachers. He simply must politicize their deaths, even before some of their bodies have been identified.

After the Sandy Hook slayings, President Barack Obama and Senate Democrats sought to pass new gun-control measures only to see the legislation blocked by Republicans, who have suffered no electoral consequences for their opposition to even modest restrictions on civilian weaponry.

It seems that if “most Americans support common-sense gun laws,” Republicans who refuse to allow such laws to pass would have “suffered” some “electoral consequences” for their actions.

Continuing his remarks, Biden asked, “Where in God’s name is our backbone to have the courage to deal with this and stand up to the lobbies?” He went on to say, “It’s time to turn this pain into action.” And then he indicated that a new batch of “common-sense gun laws” are coming and that Americans need to demand they be passed and that anyone who blocks them be held accountable.

Biden is not alone in demanding gun control. Democrat Robert Francis “Beto” O’Rourke — who is running against Republican Governor Greg Abbott for the governorship of Texas — interrupted a news conference Abbott was holding on Wednesday.

In the press conference, Abbott was giving an update on the shooting when O’Rourke walked up to the stage and — in a blatant attempt to turn the shooting into political points for his campaign — began shouting, “This is on you. You’re doing nothing. This was totally predictable.”

O’Rourke — who participated in the June 22, 2016 “sit-in” in the House of Representatives to attempt to force a vote for federal gun-control laws — was escorted from the press conference. Afterward, Abbott said, “no words that anybody shouting” will “heal those broken hearts.” He went on to say, “Every Texan, every American has a responsibility where we need to focus not on ourselves and our agenda.”

Abbott also addressed gun-control advocates who claim that a Texas law that allows 18-year-olds to purchase rifles is to blame for Tuesday’s tragedy. He pointed out that 18-year-olds have been able to purchase “long guns” in Texas for more than 60 years and said that “over the course of that 60 years, we have not had episodes like this.” He asked, “Why is it for the majority of those 60 years we did not have school shootings and why is that we do now?” He added, “The reality is I don’t know the answer to that question.”

And Representative Anthony Gonzales (R-Texas) — whose district includes Uvalde, where the shooting occurred — said now isn’t the time to discuss gun-control laws. Appearing on CBS Mornings Wednesday, Gonzales said, “I’m happy to debate policy, [but] not today. I mean, today, we, my community is hurting. You know, politicians like to divide us. Leaders unite us and we need to be united right now as Americans because what happened in Uvalde, Texas can happen anywhere.” He added, “Right now, I’ve got families that don’t, that can’t identify their children. I’ve got folks that have to bury their children.”

But as families in Uvalde identify their dead children and make funeral arrangements, Biden and his ilk are looking for ways to use this tragedy to their political advantage. It was predictable. Since they obviously could not paint the shooter as a “right-wing” extremist or “white nationalist” terrorist, they had to have something, so they blame the guns. The gusto with which they are out of the gate for gun control before the poor parents of those children can even mourn is sad, but not surprising.