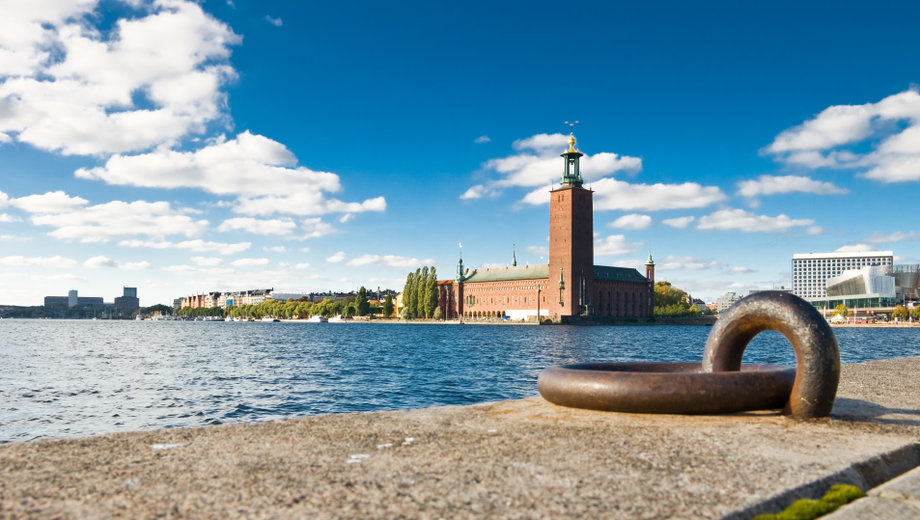 The Stockholm+50 in Stockholm, Sweden, will commemorate the 1972 United Nations Conference on the Human Environment and celebrate 50 years of failed global environmental action. The meetings on June 2nd and 3rd will follow months of consultations and discussions with individuals, communities, organizations, and governments around the world.

The rise of the Green World Order that will be addressed at the Stockholm+50 needs to address the impact on the world’s 8 billion residents in a future world without fossil fuels as efforts to cease the use of crude oil could be the greatest threat to civilization’s eight billion, and may result in billions, not millions, of fatalities from diseases, malnutrition, and weather-related deaths trying to live without the fossil fuels that are benefiting society.

Yes, the climate is changing, as it has been for four billion years, and will continue to change, and yes, there will be fatalities from the coming climate changes. Climate change is expected to cause approximately 250,000 additional deaths per year, between 2030 and 2050, from malnutrition, malaria, diarrhea, and heat stress. However, the irresponsible idea that global warming poses an immediate existential risk for the world, that risk will be small in comparison to a world without fossil fuels, while current governments and corporate leaderships are attempting to revert to its decarbonized status in the early 1800’s and before.

As many world leaders gather in Stockholm the world faces a planetary crisis of pollution and waste, biodiversity loss, and climate changes, as well as other planetary ills that are affecting current and future prosperity and wellbeing. An unhealthy planet threatens human health, prosperity, equality, and peace, but the world also faces the threat of ridding itself from the same fossil fuels that allowed the world to populate from 1 to 8 billion in less than two hundred years.

Life Without Oil is NOT AS SIMPLE AS YOU MAY THINK since renewable energy is only intermittent electricity from breezes and sunshine as NEITHER wind turbines nor solar panels can manufacture anything for society. Climate change may impact humanity, but being mandated to live without the products manufactured from oil will necessitate lifestyles being mandated back to the horse and buggy days of the 1800’s. This could be the greatest threat to civilization’s eight billion residents.

World leaders make no mention that the entire pharmaceutical industry, chemical industry, materials science, energy, transportation, heating, etc. are dependent on the same fossil fuels that they want to rid the world of.  Attempting to attain a decarbonized world like the one that existed in the 1800’s and before, could result in Billions of fatalities for the eight billion on earth from disease, malnutrition, and weather-related deaths, versus the projections of millions of fatalities from changes in climate. We cannot continue poisoning the planet in the name of progress just to satisfy our endless electricity demand to fuel the rise of 5G, automated machines, vast datacenters, and digitalization.

Surprisingly, the fossil fuels infrastructure may be less invasive than the mining for exotic minerals and metals in developing countries that are directly destroying the planet through environmental degradation and humanity atrocities being inflicted upon those with yellow, brown, and black skin people. The 2022 Pulitzer Prize nominated book, Clean Energy Exploitations – Helping Citizens Understand the Environmental and Humanity Abuses That Support Clean Energy, does an excellent job of discussing the lack of transparency to the world of the green movement’s impact on humanity.

Of the three fossil fuels of coal, natural gas, and crude oil, crude oil is the only one primarily used to manufacture products for society that are the basis of the economy.

Crude oil is virtually useless, unless it’s manufactured (refineries) into oil derivatives that are the basis of more than 6,000 products in our daily lives that did not exist before the 1900’s, and the fuels to move the heavy-weight and long-range needs of more than 50,000 jets, more than 50,000 merchant ships, and the military and space program.

The liquid fuels and products produced from the hydrocarbon processing sector aided the advancement of rocket technology, leading humans to break the boundaries of space and place satellites into geosynchronous orbit, significantly evolving the way the world communicates, navigates, and explores not only Earth but the distant cosmos.

Wind turbines and solar panels may be able to generate intermittent electricity, but they cannot manufacture anything. By the way, all the products needed to make the parts for vehicles, wind turbines, solar panels, planes, ships, medical supplies, tires, asphalt, and fertilizer are made with the oil derivatives manufactured from crude oil.

Everything that needs electricity, from lights, vehicles, iPhones, defibrillators, computers, telecommunications, etc., are all made with the oil derivatives manufactured from crude oil. There would be nothing to power in a world without fossil fuels!

World leaders need to identify an alternative path that focuses on the reduction of certain demands, or identify the replacement or clone for crude oil, to keep today’s societies and economies running, before jumping out of the airplane without a parachute! Concurrently, the world needs to stop building pointless infrastructure and goods for the sake of producing them and refocus on meaningful and appropriate products and technology to support society and economies. Imagine if each human planted one tree, picked up one piece of trash or simply pulled the plug on one human degrading electrical device.

With today’s technology to work and educate remotely via virtual connectivity, we should reallocate resources to get people back out of the cities into the rural areas as well as focus on adaptation, conservation, and resource efficiency. Systems need to be rebalanced back onto natural ones where humans are symbiotic and not parasitic, and we need to subordinate technology back to being our slave and not our master. Oil is a magic substance when used correctly and burned cleanly, but it can be the death of us all if used badly. The world needs to REDUCE, not ELIMINATE crude oil and reduce its footprint as much as practical and possible, as that may truly be the only plan that will work to save most of the world’s eight billion residents.