A Spiritual Battle or Political? 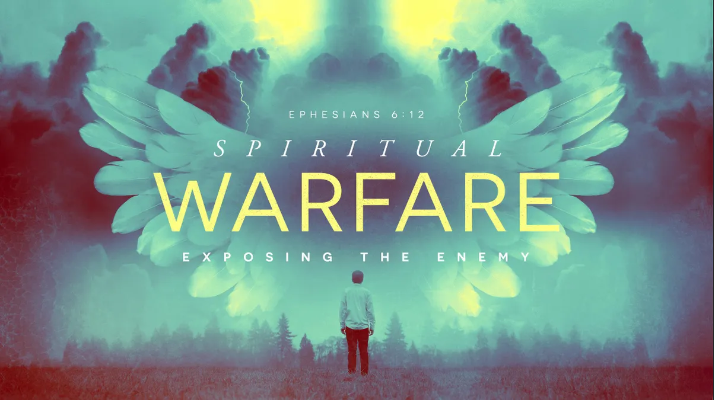 A Spiritual Battle or Political?

Putting on the armor for what is ahead!

Have we gone from traditional politics into spiritual warfare that attacks the roots of what has made America the greatest country in the history of the world?  When we talk about “demonic influence” and the spiritual attacks we face today in almost every aspect of our lives we are accused of exaggeration or using hyperbole when we bring up the positions of our opposition.   As we look at the issues I believe it is apparent that these are no longer the issues we think are just “political” – taxes, spending, regulations, etc.  The leftist Democrats have embraced what they call Democratic Socialism, which is essentially Communism.  A key goal of communism is to demoralize societies— to destroy the culture, religion, and basic values of any society it touches.  This goal is laid out clearly in “The Communist Manifesto” in which Karl Marx and Fredrich Engels wrote in 1848 that communism “abolishes all religion, and all morality.”  Communism is Anti-Christ.

1.) Abortion on demand up to and including the time of birth. 65 million babies killed since 1973. Sacrifices to the God Moloch were not this horrific. Students, influenced by the teacher’s union, are walking out of their classes to protest the recent overturning Roe v. Wade, this demonic influence is widespread.

2.) Not just the acceptance of homosexuality, but the celebration of same sex marriage and sexual practices. You will be punished if you don’t fall in line with celebrating sin.  Parades that are openly showing nudity and sexuality on our streets are accepted.

3.) The grooming of children in our schools and libraries into homosexuality and transgenderism. The books brought into the Coeur d’Alene library, even to pre-schoolers The “drag queen’s dress goes swish, swish” is one such book —remember the “wheels of the bus goes round and round”. The libraries sponsor “A Rainbow Squad” club to groom children to their perverted philosophy.

4.) A rejection of the law in regard to immigration, protest, destroying property and overreach by our government. The law is meaningless and as the Bible describes the time of the Judges that “everyone did what was right in their own eyes.”  Without restraint and an acceptance to absolute truth we see a society that is out of control. A populace that will accept safety over freedom. That is where BLM and Antifa come in to do the leg work for the Satanic future the Dems are hoping to usher in.  Both groups consider themselves Marxist Revolutionaries and work towards the goal of demoralizing the nation.

5.) Dividing the Nation: With Critical Race Theory, the 1619 Project and other programs we are a polarized nation.  Our colleges have segregated dorms and graduations.  We have gone from a nation that was unified to one that identifies by ethnicity and race.  This is part of the plan. Our public schools have revealed themselves indoctrinating young children in racist, anti-American revisions of history and confusing them about their bodies.

We could go on and on with examples that are destroying our families and our country. We ask ourselves, “Is this really happening?”  Millions of concerned Christians are asking this question as they read the headlines day after day.  Living in a willfully, disobedient culture, the biblical prophet Isaiah delivered a word that warns out leaders today: “Woe to those who call evil good, and good evil…” (Isaiah 5:20)  As Tony Perkins of FRC states,  “The message of Isaiah wasn’t only one of bewilderment, but also of ultimate judgement. People in a free society can choose their own path—and they will answer to God.  We will answer too for how we respond when they come after our children.  We as parents, grandparents, pastors and citizens must stand up.”

Some pastors and citizens make the statement that “I don’t want to get political.”  I understand and there are no perfect parties.  We are faced with three political groups in my opinion – we have the “leftist, radical Democrats, the “moderates” of both parties that really constitute the “deep state” in Washington and Boise and finally we have the “patriots who see what is happening and willing to take a stand.

We have seen some pastors standing up but for the most part they are AWOL and need to be part of the battle.  I believe we are facing the crowd outside Lot’s house and they will not compromise.  Now is the time to take back the city councils, school boards, county commissions and even our churches as we spread the word of God’s truth and the dangers that will happen to our society and government when we reject it.  The Liberty Pastors network is sponsoring three regional “Liberty Pastors Boot Camps” across the nation.  One will be in Coeur d’Alene October 16-19.  Encourage your pastor to attend!  Go to LibertyPastors.com for more information.

For the wrath of God is revealed from heaven against all ungodliness and unrighteousness of men, who suppress the truth in unrighteousness, -Romans 1:18