Salmon Migration is Based On Smell: Breaching dams will flush dust and debris down the river into the Columbia River and mess just about everything up 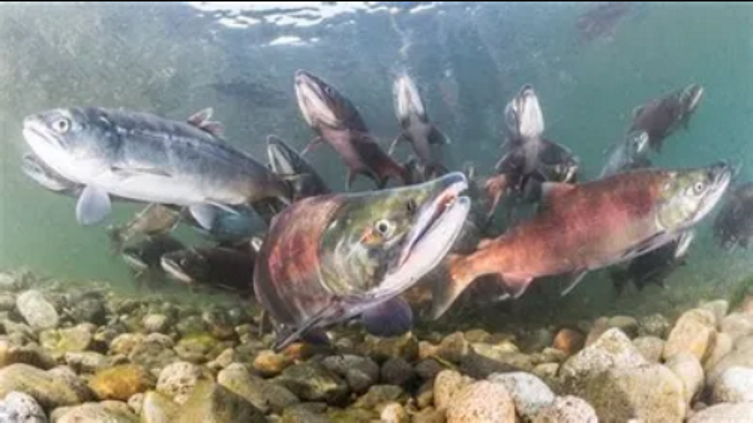 Salmon Migration is Based On Smell: Breaching dams will flush dust and debris down the river into the Columbia River and mess just about everything up

I saw the article on the website in reference to breaching Snake River Dams.  Ha!  With rising costs of oil and natural gas, one would think they would keep all hydro power going.

While is it a shame that salmon runs have been tampered with….what’s been done is done, and there is new evidence that breaching a dam will do nothing to fix this issue.   There is simply no way of keeping all the debris and dust of breaching a dam out of the water. This would also flush down the river into the Columbia River and mess just about everything up.

Studies have shown that fish “smell” their way back to their spawning grounds.  The State of Alaska recognizes this fact, and does everything to prevent “smells” from being tampered with in their rivers and streams.

They just need to leave things alone.  …And of course tribal organizations are behind the dam breaching.   They are Federal tax dollar feeders.  For every presumed “fix”, they have their hands stretched out for Federal funding to be used for fish hatcheries.  Hatcheries that are never completely used, and some abandoned.

See below for salmon migration based on smell. 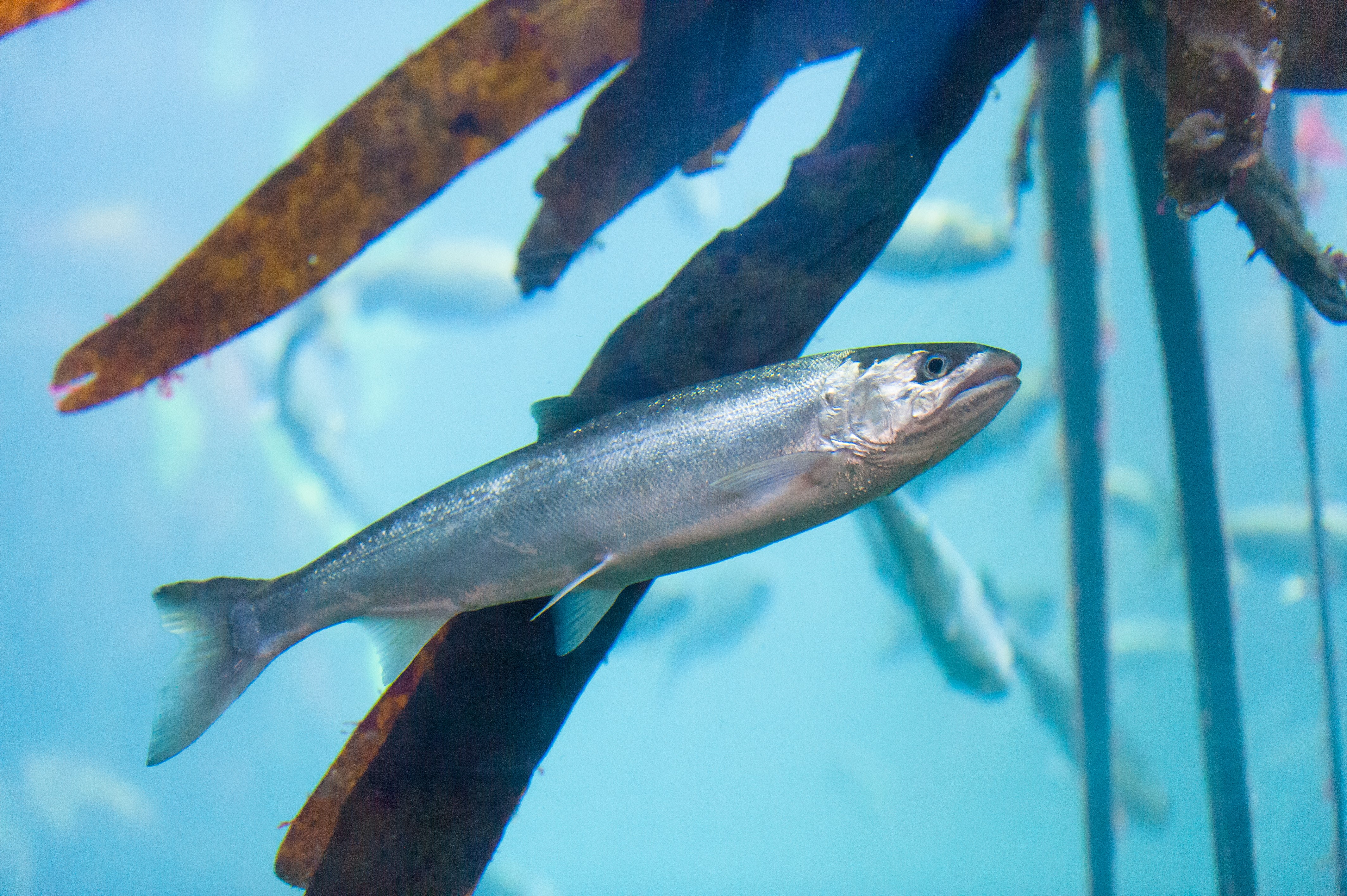 THE HOW AND WHY OF SALMON MIGRATION

By the staff of the Seattle Aquarium

This is the season we celebrate salmon returning to their natal streams and rivers right here in Seattle, but how do salmon find their way home? Before we tackle that, though, a larger question: why do they do it?

The ultimate purpose for salmon to return to their home streams and rivers is to reproduce and ensure the survival of their offspring. Simple enough. But why is returning to the natal site part of the process? Consider the alternative: swimming upstream to just any old river could have some pitfalls. A random river might not have suitable sites for spawning, but a salmon’s birthplace is already a proven success for spawning. It may not have mates of the same species. Or conditions might not favor that type of salmon. For all these reasons, we can see why salmon navigate their way home.

In recent years, studies have shown that in the open ocean environment, salmon use the magnetic field of the Earth to guide their migration. This helps them move from the coastal areas near their spawning grounds to rich feeding areas, and then back again toward the end of their lives. For example, most of the salmon returning to Seattle-area rivers right now are coming from feeding grounds in Alaska, but some may be traveling from as far as Japan.

Salmon use both the intensity and the inclination of Earth’s magnetic field to orient themselves. Unlike their navigation by sense of smell (discussed below), this ability appears to be genetically inherited by a salmon, not learned along its migration. 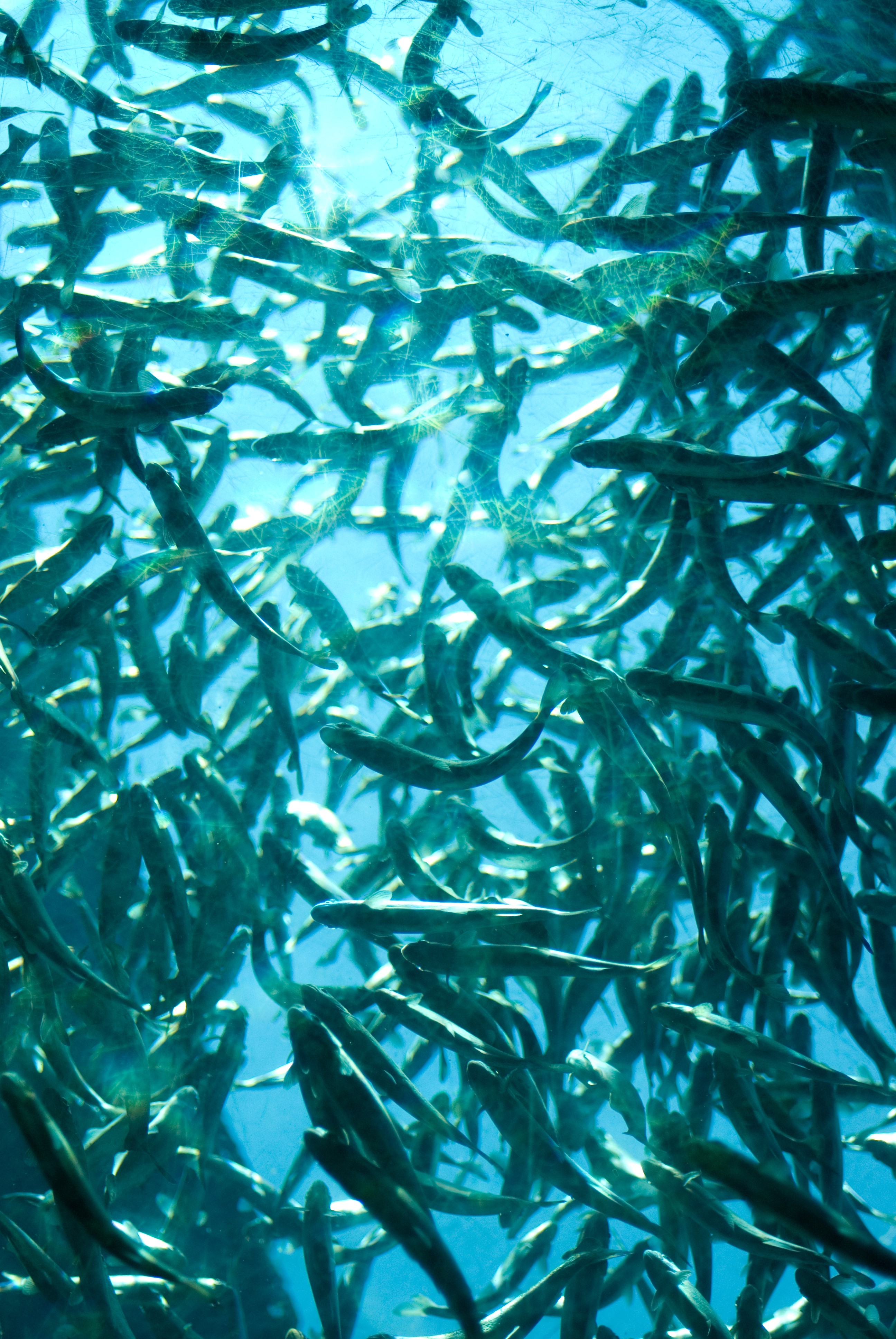 Young salmon learn the smell of their home stream, possibly even memorizing it at various points along the way, as they migrate toward the ocean. As adults returning to freshwater, when they encounter that familiar smell, it stimulates them to swim upstream. So there may be some “testing of the waters” as salmon migrate home. If they swim up the wrong river, that memorized scent of their birth stream will fade, decreasing their drive to swim upstream. Then they may travel downstream for a bit, until they encounter that home stream smell again. The more they sense the smell of their birthplace, the more they swim upstream. It’s a bit like playing that child’s game of “hot and cold.”

There are still many unknowns in the famous story of the salmon swimming upstream. Evidence exists that salmon from different reaches of the same river will tend to migrate to the same stretch where they originated. But do they return to the very same nest site where they were hatched? How close do they get? At some point, that urge to return home will be up against other factors: selecting a nest site, selecting a mate, using remaining energy stores.

Interested in learning more about salmon migration and salmon in general? Join us for the Cedar River Salmon Journey to talk to trained naturalists while watching salmon spawn! Click here for remaining dates, times, locations and directions.