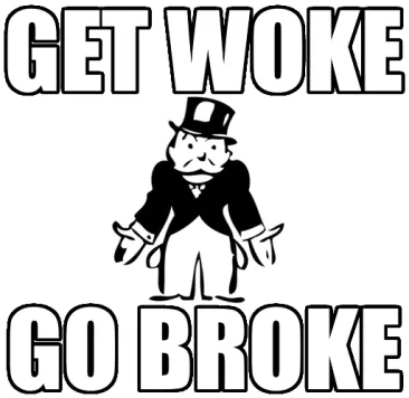 A group of conservative investors plan to take on four of the “wokest” corporations at upcoming shareholder meetings over allegedly discriminatory policies in an effort to defend shareholders, according to a press release.

The Free Enterprise Project of the National Center for Public Policy Research, a Boardroom Initiative (BI) coalition member, will make proposals at Walmart, Twitter, Facebook and Comcast shareholder meetings held over the next two weeks to hire outside firms to investigate whether or not the companies are placing merit behind “equity” considerations, according to the release.

“Our purpose is simple – to hold corporate America accountable so they can focus exclusively on delivering value to shareholders instead of virtue-signaling to left-wing activists,” Brad Anderson, chairman of the Boardroom Initiative, said in the release. “There are millions of Americans, including many retirees living on fixed incomes, who depend on their 401k income and are facing record inflation. They deserve a voice, and we will be their voice.”

The group launched a “racial equity audit” proposal at a Bank of America shareholder meeting on April 26, 2022, alleging the bank had been sponsoring and “promoting overtly … discriminatory employee-training programs.”

“If the Company is, in the name of racial equity, diversity and inclusion, committing illegal discrimination against employees deemed ‘non-diverse,’ then the Company will suffer in myriad ways – all of them both unforgivable and avoidable,” it claimed in the April 26 proposal.

BI launched in April 2022 as a project of the Free Enterprise Project, 2nd Vote, and the Legal Action Fund of the Job Creators Network. Anderson, a former CEO of Best Buy and Ed Rensi, a former CEO of McDonald’s, are the organization’s co-chairmen, according to its website.

“Woke activists have been pressuring corporations to speak out against the leaked Supreme Court opinion in the Dobbs case, but so far, they’ve been mostly unsuccessful,” Anderson said, adding, “We are winning but some of the most important fights are still to come.”

“We believe that our significant and ongoing diversity, equity, and inclusion initiatives and our Civil Rights Team are fully responsive to this proposal and show our commitments to fostering a diverse, equitable, and inclusive work environment,” Facebook said in a proxy statement opposing the proposal from BI that a spokesperson referred The Daily Caller News Foundation to.

Walmart, Twitter and Comcast did not respond to requests for comment from The DCNF. BI and Bank of America did not immediately respond to a request for comment.