The Original Meaning of “Necessary” in the Necessary and Proper Clause 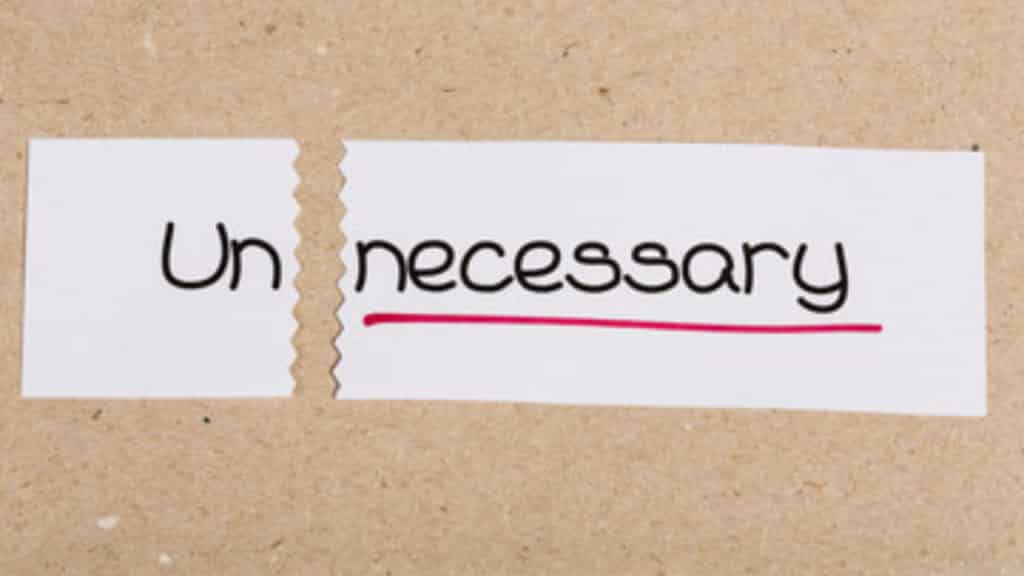 The Original Meaning of “Necessary” in the Necessary and Proper Clause

One of the most significant (and often abused) clauses in the U.S. Constitution is the “Necessary and Proper” Clause.

“The Congress shall have Power… To make all Laws which shall be necessary and proper for carrying into Execution the foregoing Powers, and all other Powers vested by this Constitution in the Government of the United States, or in any Department or Officer thereof.”

On the surface, it seems straightforward. Simply put, Congress possesses the means “necessary” to carry out its powers authorized by the Constitution itself.

But what constitutes “necessary?”

The question may seem semantic, but Randy E. Barnett writes in his paper “The Original Meaning Of The Necessary And Proper Clause” that the definition of the term was not only debated in the early years of the Republic, but it had enormous implications for congressional power and how to interpret other parts of the Constitution.

“The meaning one attributes to the terms “necessary” and “proper” is, therefore, enormously important because the nature and scope of judicial review turns on which meaning one adopts,” he writes. “It is important to get the original meaning correct, even if it is not dispositive of today’s cases and controversies.”

The first and best place to start to answer this question are of course the Philadelphia Convention as well as the state ratifying conventions.

This alone heavily suggests that its meaning wasn’t up for debate or dispute among the framers, a claim that is further substantiated during state ratifying conventions by how federalists “insisted that the Necessary and Proper Clause was not an additional freestanding grant of power, but merely made explicit what was already implicit in the grant of each enumerated power.”

James Madison argued during the ratification debate that “should Congress attempt to extend it (authority) to any power not enumerated, it would not be warranted by the clause.”

In other words, no implicit powers were given to Congress; the clause merely clarified that Congress has the authority to engage in actions necessary to fulfill its duties or exercise its expressly delegated authority.

However, Barnett writes that soon after the Constitution was ratified and enacted, ambiguity suddenly crept in as to the meaning of “necessary,” particularly during the creation of the first national bank under President George Washington’s administration.

The proposal was backed by Secretary of the Treasury Alexander Hamilton, but opposed by James Madison and Thomas Jefferson. Madison, for example, argued that Congress was not authorized to create a bank, as it was not necessary to fulfill any of its duties.

“The proposed bank could not even be called necessary to the government; at most it could be but convenient”

Earlier in his speech, Madison described necessary this way:

Its meaning must, according to the natural and obvious force of the terms and the context, be limited to means necessary to the end and incident to the nature of the specified powers. [emphasis in original]

Jefferson hammered this view home in a speech against the bank the following week:

The Constitution restrained them to the necessary means, that is to say, to those means without which the grant of power would be nugatory.

Proponents on the other hand made the case that it was “necessary” to carry out powers such as collecting taxes, paying national debt, and borrowing money.

This of course assumes a totally different understanding of the word “necessary.” As Madison reminded proponents during debates over the national bank, that’s not what had been discussed prior to the Constitution’s adoption.

Hamilton “offered an alternative interpretation of the term”

[N]ecessary often means no more than needful, requisite, incidental, useful, or conducive to. It is a common mode of expression to say, that it is necessary for a government or a person to do this or that thing, when nothing more in intended or understood than that the interest of the Government or person require, or will be promoted by, the doing of this or that thing.

Barnett writes that because Hamilton “gained the crucial support of the esteemed Washington and, as the behind-the-scenes leader of the fledgling “Federalist” party that dominated Congress, (he) prevailed on the bank.”

The U.S. Supreme Court would later take up the debate over the meaning of “necessary” in the 1803 case U.S. v. Fisher, where Chief Justice John Marshall gave “almost complete discretion to Congress,” Barnett writes.

Marshall would offer another interpretation years later in McCulloch v. Maryland, where Barnett writes the chief justice “adopted, in some places almost word for word, the opinion Hamilton issued as Secretary of the Treasury.”

Barnett notes that “unlike Madison’s bank speech, Marshall’s opinion is a central part of every casebook on constitutional law.”

One claim in Marshall’s defense is that the Constitution contains the terms “necessary” and “absolutely necessary.”

However, Burnett returns to the context of the clause’s addition to the Constitution, writing that the “eleventh hour proposal was adopted with no debate in the midst of a host of last minute adjustments. This hardly suggests a deliberate change of meaning.”

He continues, “Given its source, its last minute nature, and its purpose, it is not at all clear that the choice of language ‘absolutely necessary’ says much of anything about the meaning of the unqualified term “necessary” conjoined with “proper” in the Necessary and Proper Clause.”

What’s interesting is that in McCulloch, Marshall gave a more nuanced opinion on the clause, in which he said it cannot be used as a “pretext . . . for the accomplishment of objects not entrusted to the government.”

Summarizing another writer’s analysis, Barnett says that “Marshall had come to sound more like Hamilton who had admitted that a grant of power to make necessary laws was not unlimited after all.”

Another notable American to weigh in on the issue was St. George Tucker, a leading judge of the General Court in Virginia.

Tucker’s conclusion was “nearly identical to that of Madison and Jefferson and to the views expressed in the ratification conventions,” Barnett writes.

Barnett concludes that history has “borne out Madison’s expressed concern for the integrity of the enumerated powers scheme. With rare exception, the enumeration of powers has largely been vitiated as a limitation on the scope of the national government, due in no small measure to the influence of Justice Marshall’s opinion in McCulloch.”

There are a few obvious lessons from this.

One is that no matter what statements are made or promises offered when new government powers are proposed, once it’s settled and down it’s another story. The limits and constraints on its powers expand soon after its adoption.

But the most important is that a government will not limit itself in its interpretation of its Constitution. SCOTUS failed to do that starting early on. It is only with the states and the people respectively where the feds can be held in check.

TJ Martinell is an author, writer, and award-winning reporter from Washington state. His dystopian novel The Stringers depicting a neo-Prohibition Era in the city of Seattle is available on Amazon.

Visit his personal site at www.tjmartinell.com. Join his Facebook page here. Listen to his weekly podcast on Sound Cloud.