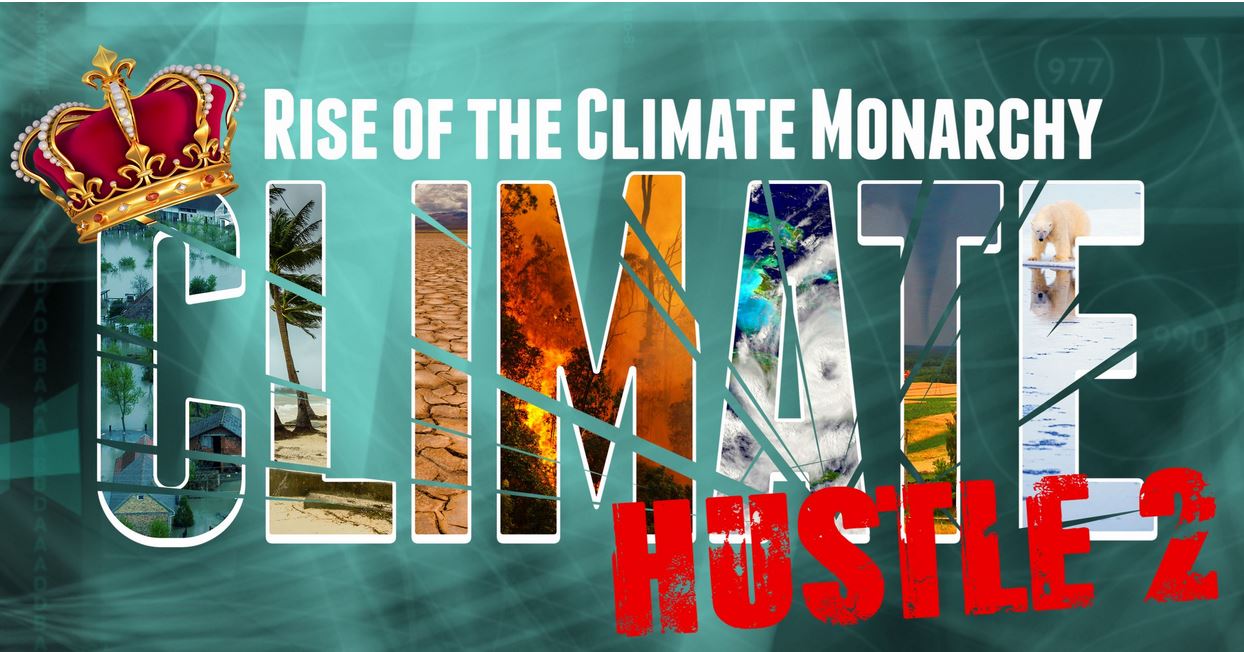 CFACT’s groundbreaking film, Climate Hustle 2: Rise of the Climate Monarchy, was featured on Newsmax on Sunday, May 8, 2022, for the movie’s world broadcast television premiere.

Marc Morano, editor of Climate Depot and executive producer and co-star of the film, appeared on Newsmax ahead of the showing to answer questions and promo the television spot.

Morano even donned a tux with a cigar and glass of champagne live on air to celebrate the event. “We’re celebrating,” Morano said. “It’s our big premiere, the red-carpet premiere tonight on Newsmax.”

“Hurricanes, floods, tornados, droughts, um, wildfires, are either at the same trend or lower trend than when CO2 was lower 50-100 years ago,” Morano explained regarding the science that is addressed in the film.

Climate Hustle 2 originally premiered online for a live digital event across the globe in September of 2020 after COVID lockdowns forced it’s planned nationwide theater showings to be canceled. Despite the theater closures, the film saw tremendous success with people from 114 countries tuning in for the live event.

Star of the film, actor Kevin Sorbo, helped raise awareness for the movie’s message at the Conservative Political Action Conference (CPAC) 2021 in Orlando, Florida, to a packed room of attendees, as well as to students during a speech at Central Florida University.

Did you miss the television premiere? Grab your own copy of Climate Hustle 2 on DVD, Blu-Ray, or streaming here.