The breezy windmill fantasies of the Nantucket crowd 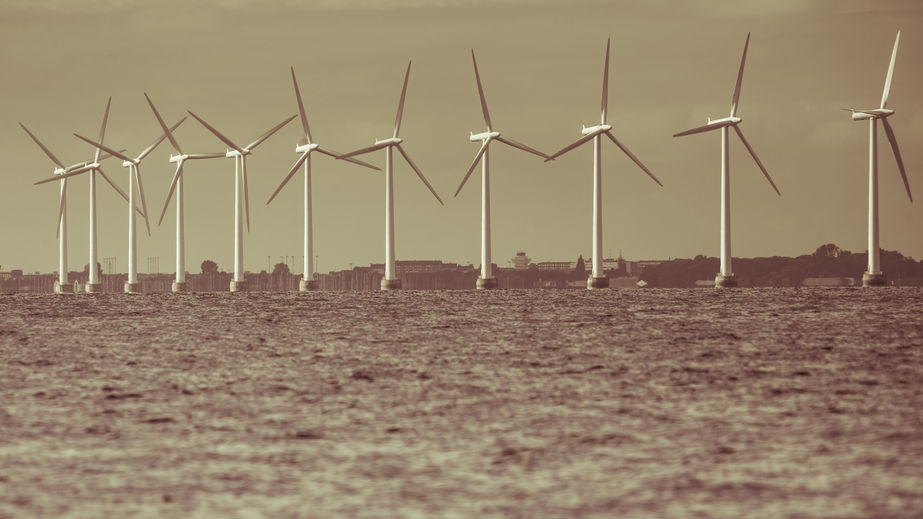 The breezy windmill fantasies of the Nantucket crowd

President Joe Biden boasted to a staged throng of dozens assembled for his Earth Day speech that he had “made it clear to [his wealthy] friends up in Nantucket and that area” that they were to drop their objections to offshore wind farms planned for the Martha’s Vineyard area.

Lowering his voice to a whisper for dramatic effect, Joe claimed to have told them, “I don’t want to hear any more about you don’t like looking at [wind turbines]. They’re pretty.”

This presumptive list of deep-pocketed pals would likely include his former boss Barack Obama’s $12 million home there … and also his “Climate Envoy” John Kerry’s objection to harnessing all that “green” wind energy blowing right off the coast of his $12 million Nantucket Sound property.

Former Massachusetts Sen. Kerry hadn’t been the least bit keen on having a 24-square-mile, 130-turbine offshore Cape Wind development, which would have supplied 75% of the Nantucket, Cape Cod, and Martha’s Vineyard electricity clutter his panoramic view or interfere with his windsurfing.

In 2007, Kerry had posted on his website: “You can’t just have someone plunk something down wherever the hell they want.”

Many self-proclaimed environmentalists, in fact, aren’t all keen on wind turbines. A Sierra Club official described them as giant “Cuisinarts in the sky” for bird and bat slaughters.

President Biden’s most recent Earth Day speech, as with his previous one last year, expands on an overblown wind-powered proposal to transition America to “100% carbon pollution-free electricity by 2035” and to a “net zero emissions economy by no later than 2050.”

Many green energy advocates have exaggerated the capacity of wind power to make a significant impact on U.S. electrical needs.

According to that “net-zero-emissions” plan, the U.S. would need to replace the 80% of energy provided by hydrocarbons by increasing the 4%, or so we get from wind and solar combined — plus adding millions of power-thirsty electric vehicles to already strained energy grids.

For a bit of perspective, according to 2020 U.S. Energy Information Administration data, consider that wind only produced about a quarter of a total 12% of all energy produced by “renewable” sources, (wind providing 11% of those 12% renewables), whereas 39% of renewables came from carbon-emitting biomass.

In addition, let’s not forget that wind and solar intermittency requires access to a second-by-second “spinning reserve,” or “shadow capacity” (typically natural gas, coal, or hydropower generator turbines), which enables utilities to balance power grids when wind conditions aren’t optimum  … which is most of the time.

This requires inefficiently throttling the fossil-fired turbines up and down … like driving a car in stop-and-go traffic.

Electricity must be instantaneously available day and night to meet “baseload” requirements.

Since wind power must be integrated as part of a larger, balanced, grid network, when that wind generation component increases, the temperatures of fossil-fueled boilers must be dropped to maintain demand-supply equality.

This involves wasteful shedding of heat for cooling — then more wasting to add heat back into the system without accomplishing any additional work. And since the spinning reserves don’t stop consuming fuel when wind generation is occurring, claims of energy savings or CO2 emission reductions are largely mythological.

Then there’s the matter of real, versus theoretical, wind turbine capacities.

A major point of public confusion in this regard lies in a failure to differentiate maximum total capacities, typically presented in megawatts (MW), with actual predicted kilowatt-hours (kWh), which are determined by annual average wind conditions at a particular site.

Wind is intermittent, and velocities constantly change. It often isn’t available when needed most — such as during those hot summer days when demands for air-conditioning are highest.

Wind turbine energy generating capacities (average power output divided by maximum capability) range from 26% to 52% on land, with an average of 41% for projects built between 2014 and 2018.

Whereas offshore winds are generally stronger than on land, with higher capacities reaching 51%, they are also much more expensive to build in deep water and maintain due to corrosive effects … plus add the costs of providing the power cables to shore.

Wind turbines — and solar panels as well — are short on longevity, and long on maintenance. Since many of those already installed are reaching their 15-20-year end of life, their phased replacement will be enormously and constantly expensive.

During his Earth Day speech, President Biden made a big point in touting his administration’s crackdown on cement, a substance he said was responsible for 8% of the world’s carbon emissions.

Not mentioned was that constructing and replacing each wind turbine consumes about 50,000 tons of concrete, 30,000 tons of iron ore, and 900 tons of non-recyclable plastics for the huge blades, which will wind up in landfills.

In summary, any breezy fantasy that an unlimited, free and clean alternative to carbon-cursed fossil-fuel sources is blowing by with scant appreciation is exceedingly naïve and misguided.