Reporter Warns of CCP Infiltration of US Agriculture and Farmers 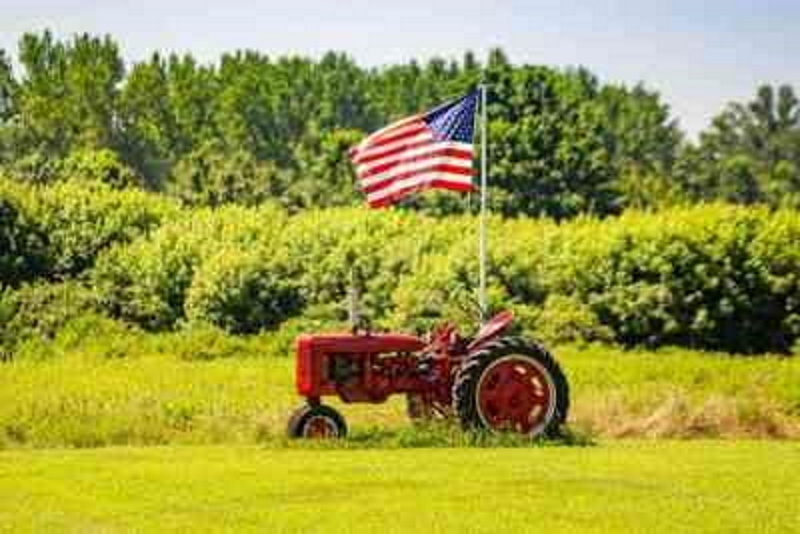 Symbols of American farming: tractor and flag on summer day

Reporter Warns of CCP Infiltration of US Agriculture and Farmers

Natalie Winters of The National Pulse reported on Monica Crowley’s podcast about a new type of infiltration by Maoist China – infiltrating farms and farmers.

The Chinese Communist Party is expanding its efforts to buy up America’s farmland. The CCP infiltrates everything in the US that’s important. For example, journalists receive paid trips to China. Then they write favorable articles about China when they get home. Several NY Times staffers worked for the CCP propaganda outfit – China Daily. These same staffers have been apologists for the CCP and have praised President Xi.

THE CCP IS PURSUING FARMERS

The CCP is focusing on farmers through The US-China Heartland Association. It is deeply tied to the Chinese Communist Party.

The organization has made its entry into US agriculture possible. The Maoists pay for farmers and mayors to take trips to China. They come back with favorable reviews. This problem goes all the way to the top – to Agriculture Secretary Tom Vilsak.

They are going after farmers to make them more amenable. This collaboration will never benefit Americans.

There are American officials willing to put our farmers in harm’s way. Ms. Winters said going after farmers is more nefarious than going after journalists since it gets to the heart of American society.

However, the CCP is only successful as their American counterparts allow them.

AN ELITE MERGER OF AMERICANS AND THE CCP

Symbols of American farming: tractor and flag on summer day

Ms. Winters said, “There is an elite merger of Americans” – the ruling class. They know what they are doing and they do it for money, but she believes they are jealous of the power and authority the CCP has.

There is a connection between Bill Gates and the CCP, unfortunately. He is currently the largest private owner of farmland and aligns with the CCP.

His foundation is buying land to get people to subscribe to a specific type of plant-based diet to achieve social goals. It’s not to get Americans to eat what they want. Gates is manipulating the farmland.

GATES’ COLLABORATION WITH THE CCP

Even at Microsoft, Gates collaborated with the CCP. Recently, there was an event with The China Peoples’ Association for Friendship and Foreign Countries (CPAFFC). Gates helped organize it. This is where the deals go down, and their goals are nefarious, Winters says.

The event – the China Agriculture Roundtable – was co-hosted by the CPAFFC and the U.S.-China Heartland Association (USCHA).

USCHA was founded by former Democrat Missouri Governor Bob Holden. It’s allegedly a “bipartisan organization. The collaborative is committed to building stronger ties between USHCA Region (20 states located in the USA between the Great Lakes to the Gulf) and the People’s Republic of China.”

But USHCA appears to be used by CCP-controlled groups to get a foot in the door with American agricultural officials and company representatives.

With supply chain issues, these stories get frightening. Why are these people aligning with the people who spread COVID around the world? There are other countries.