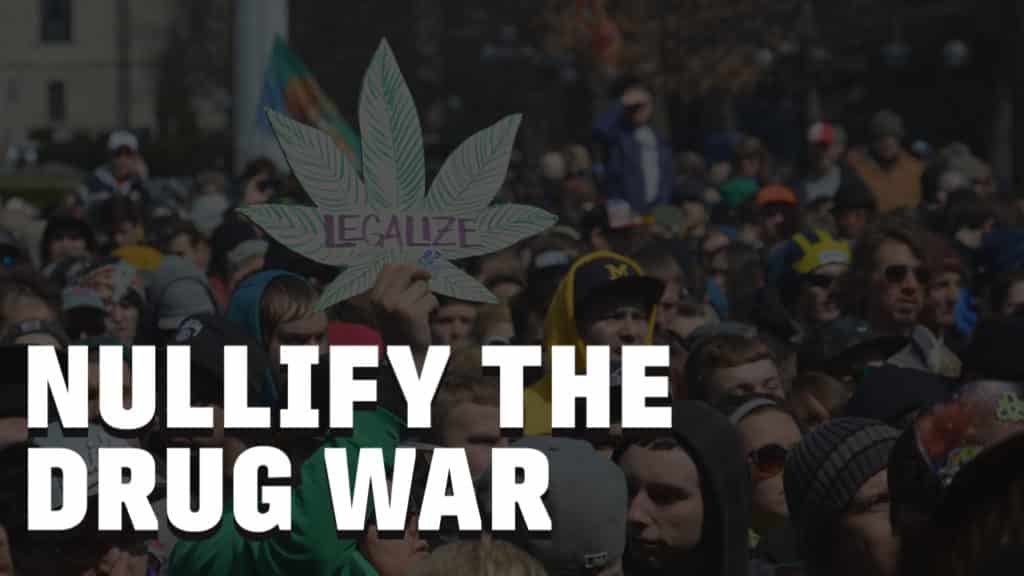 While the federal government maintains a complete prohibition on cannabis, it’s mostly a lot of bark with less and less bite. Federal marijuana prosecutions have steadily decreased as more and more states legalize marijuana.

There were 1,005 federal marijuana trafficking offenders prosecuted in fiscal 2021, according to data compiled by the U.S. Sentencing Commission. That was a 10.9 percent decrease from 1,128 offenders in 2020. The precipitous drop in federal marijuana trafficking cases becomes even starker when you go back further in time. In 2015, there were 3,494 offenders. Between 2015 and 2021, the number of federal cannabis cases fell by 71.2 percent.

There has been an even sharper drop in federal marijuana possession cases over the last several years.

“The continued decrease in federal criminal charges is correlated both to the increasing number of states that have legalized marijuana possession, manufacturing and distribution, and the evolutionary nature of federal agents recognizing the increasing political liability associated with enforcing prohibition.”

But as more and more states legalize marijuana and end state and local enforcement of marijuana laws, the federal government finds it more and more difficult to maintain prohibition. In a nutshell, the feds have a resource problem.

Figures indicate it would take 40 percent of the DEA’s yearly budget just to investigate and raid all of the dispensaries in Los Angeles – a single city in a single state. That doesn’t include the cost of prosecution. Given this data, it becomes clear that the feds lack the resources to enforce marijuana prohibition without state assistance.

In fact, FBI statistics show that law enforcement makes approximately 99 of 100 marijuana arrests under state, not federal law. When states stop enforcing marijuana laws, they sweep away most of the basis for 99 percent of marijuana arrests.

Even the FBI has loosened its marijuana policy. Under the old policy, “candidates for employment cannot have used marijuana or cannabis in any form (natural or synthetic) and in any location (domestic or foreign) within the one (1) year preceding the date of their application for employment.” Last summer, the FBI lowered that requirement from three years to one year. It also changed its policy for marijuana use as a minor, saying cannabis consumption “before the candidate’s 18th birthday is not a disqualifier for FBI employment.”

Marijuana Moment said, “This is a significant development at one of the highest levels of law enforcement in a country where marijuana remains strictly federally prohibited,” and speculated that, “This might be more of a practical decision than one that necessarily reflects shifting opinions on cannabis within the agency.”

With marijuana legal in so many states, it’s likely the agency is finding it more and more difficult to find candidates that have not used cannabis within the last three years.

As Ryan McMaken reported in an article published last year by the Mises Wire, nullification works.

“While opponents of this strategy claimed that the federal government would never tolerate states ignoring federal drug laws, the opposite has happened. Rather than renew federal efforts to crack down on states that don’t play along with the cannabis drug war, the federal government has instead retreated and grown increasingly permissive, moving closer toward formal legalization.”