Does Nonmember Ukraine Have a de Facto Article 5 Commitment from NATO? 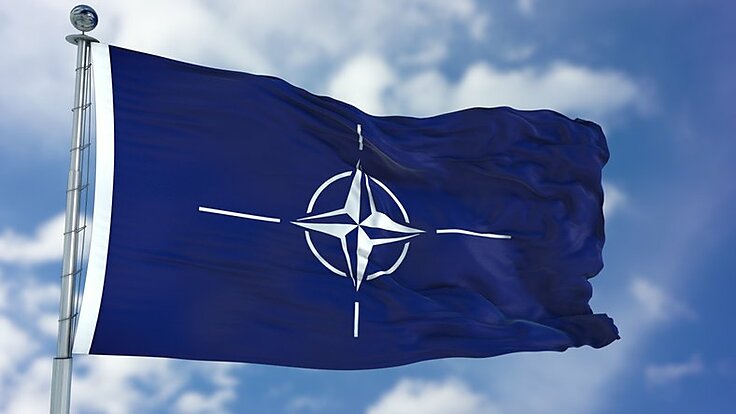 Does Nonmember Ukraine Have a de Facto Article 5 Commitment from NATO?

In essence, the Biden administration has erased the previous distinction between Alliance members and nonmembers.

One supposedly crucial and unfortunate feature separating Ukraine from formal members of NATO is that Kyiv does not have a security guarantee under Article 5 of the North Atlantic Treaty. That provision proclaims that an attack on any NATO member will be considered an attack on all. Some critics of NATO’s unwillingness to respond favorably to President George W. Bush’s 2008 lobbying campaign for Kyiv’s membership insist that the decision emboldened Russia and subsequently led to the February 2022 invasion. If Ukraine had enjoyed an Article 5 guarantee, and especially a U.S. troop presence, the reasoning goes, Vladimir Putin would never have dared launch his war of aggression. Ukraine’s president, Volodymyr Zelensky, expresses certainty about that point.

There are two major problems with the argument. First, Putin and other Russian leaders had long stressed that NATO membership for Ukraine would cross a red line, triggering a war. Indeed, Kremlin officials viewed even more limited Western actions, such as shipping sophisticated weaponry to Kyiv, conducting joint war games with NATO and Ukrainian forces, and sharing intelligence with Ukraine’s government, as serious provocations.

In essence, the Biden administration has erased the previous distinction between Alliance members and nonmembers.

NATO’s enthusiasts are technically correct that if the Alliance had extended a membership invitation to Ukraine in 2008 (or in 2014 following Ukraine’s Maidan revolution and Moscow’s subsequent annexation of Crimea), there probably would not have been a Russian invasion in 2022. The invasion instead would have occurred in 2008 or 2014. At no time, however, was Russia willing to tamely accept Ukraine becoming a NATO military asset. NATO supporters are delusional if they believe that such a scenario was ever possible.

The second big problem with the thesis that NATO membership with its Article 5 guarantee for Kyiv would have deterred Russia from attacking Ukraine is that the assumption is based on a fallacy about Article 5. That provision does not mean that NATO definitely would have mounted a full military response to an invasion of Ukraine. The language of Article 5 is surprisingly vague about the supposed security guarantee to Alliance members. The pertinent section reads:

The Parties agree that an armed attack against one or more of them in Europe or North America shall be considered an attack against them all and consequently they agree that, if such an armed attack occurs, each of them … will assist the Party or Parties so attacked by taking forthwith, individually and in concert with the other Parties, such action as it deems necessary, including the use of armed force, to restore and maintain the security of the North Atlantic area. [Emphasis added]

The nature of such a commitment falls far short of a binding pledge on the part of each member to use its own military forces to assist the victim of aggression. Very limited, even nonmilitary, aid (imposing economic sanctions, for example) might qualify as fulfilling a member’s treaty obligation. Supplying weapons to beleaguered defenders or sharing intelligence information certainly would do so.

However, Washington and its European allies are doing all of those things now on behalf of a nonmember: Ukraine. The Western powers are pouring military hardware into that country and both the size and potency of the weapons being supplied is surging. The United States and other NATO countries also are sharing intelligence data with Kyiv, even providing Ukrainian forces with real‐​time targeting information. In one instance, such assistance reportedly enabled Ukraine’s air defenses to shoot down a Russian transport plane carrying hundreds of troops. Apparently, intelligence sharing also has allowed Ukraine’s forces to assassinate a growing number of top Russian generals.

Such activities do not differ much from the kind of assistance that Washington likely would give to a NATO member under attack. The Biden administration has tried to emphasize a distinction by stating flatly that U.S. troops will not fight Russia in Ukraine, while insisting that America will do whatever is necessary to defend “every inch” of NATO territory.

Despite such official assurances, it is not at all certain that the United States would fulfill its Article 5 obligation by using its own forces to fight Russia. The horrifying reality that taking such action entails the risk of triggering a nuclear war with Russia. And that danger applies just as readily to the defense of a NATO member as it does to defending Ukraine. In both cases, there likely are limits to the degree of risk Washington is willing to incur. Ukraine appears to be getting the level of assistance it could logically expect, whether it was a NATO member or not. In essence, the Biden administration has erased the previous distinction between Alliance members and nonmembers. The ultimate consequences of that move in the case of Ukraine remain to be seen.