Is the Left Agitating for War With Russia so It Can Cement Domestic Tyranny? 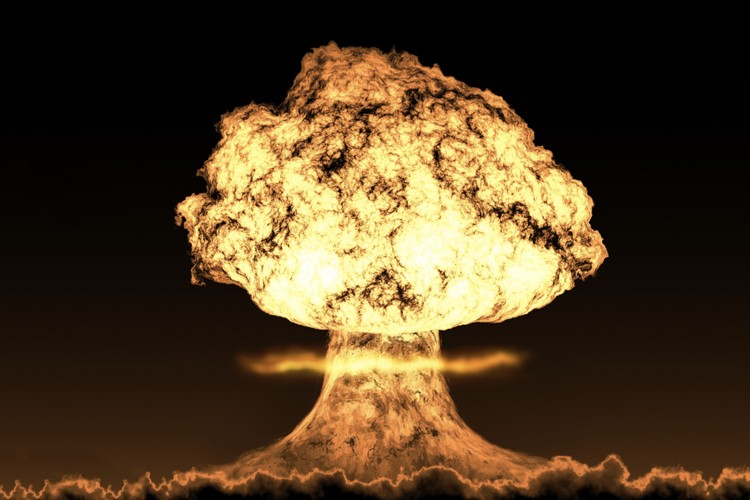 Is the Left Agitating for War With Russia so It Can Cement Domestic Tyranny?

It has been odd and alarming watching the powers-that-be relentlessly escalate the proxy war our government is waging against Russia. It’s not just that we’re sending billions of dollars of weapons into Ukraine, are calling Vladimir Putin a war criminal and issuing other fightin’ words, are training Ukrainian troops and are trying to effect Moscow’s economic destruction. It’s also, senior American officials have now revealed, that via intelligence aid the U.S. has helped to:

The kicker: By revealing this publicly — perhaps as strikingly inappropriate as leaking a Supreme Court draft opinion — Biden administration officials appear to be bragging about these “exploits” and rubbing the Russians’ noses in them. If you wanted to provoke a hot war, this is exactly how you’d do it.

But why would our officials seek conflict with the nation boasting the world’s largest stockpile of nukes (6,000) in the name of thwarting aggression that, as I explained here and here, globalist policy invited and is none of our affair? It all has a very Dr. Strangelove-esque quality about it.

But there may be method to this madness. And, no, a mere desire to enrich weapons-manufacturer political donors doesn’t explain it. There is one motivation that would, however:

A serious conflict would provide the Left an opportunity to seize complete domestic control, to cement its power — perhaps permanently.

For certain is that locking horns with Russia would be used to further curtail civil liberties.

We know this because major conflicts always are thus used. Abraham Lincoln arrested opposition journalists and publishers during the War Between the States. WWI saw the passage of the Espionage Act of 1917 and the Sedition Act of 1918, the latter of which absolutely infringed upon freedom of speech. And Franklin Roosevelt is notorious for having interned U.S. citizens of Japanese and also of German descent and for persecuting some Italian-heritage Americans.

Civil rights’ trampling would surely be worse under a major-war scenario today. Not only are we much farther down the rabbit hole of moral nihilism and wanton constitutional trespass, but Americans who even question our Ukraine policy are already labeled “stooges of Putin.” Moreover, Democrats have already made crystal clear what they want: Complete power — by any means necessary.

This desire has manifested itself in politicians such as Rep. Maxine Waters (D-Calif.) calling for violence against political opponents and Senate Majority Leader Chuck Schumer (D-N.Y.) threatening SCOTUS justices who dare vote contrary to the Left’s agenda.

This violence is again now being ratcheted up, just in time for the midterms, with news that the unconstitutional Roe v. Wade opinion could be overturned. This is attended by threats made against the “conservative” SCOTUS justices and the doxxing of them, with activists encouraging protests at their homes.

All the while that this violence is tacitly approved by Democrat leaders — and it is — conservatives are hung out to dry if they step even one inch out of line, as the January 6 martyrs’ plight proves. In contrast, 2020’s CHAZ, or Capitol Hill Autonomous Zone, takeover of part of Seattle was by definition an insurrection but was sloughed off. Why, its “warlord” leader, Raz Simone, was apparently never even charged with a crime.

This, not to mention that Nancy Pelosi called the longest ever occupation of an American government building — leftists’ 2011 takeover of the Wisconsin Capitol — an “impressive show of democracy in action.” This statement was, of course, as true as claiming that the stolen (and it was) 2020 presidential contest was “the most secure election in U.S. history.”

It’s not pretty, and it adds up to this: A major war under Biden’s handlers’ watch would become a pretext for the greatest Big Brother seizure of control in U.S. history. The question is, however, would the radicals in charge be crazy enough, or desperate enough, to risk nuclear war for power’s sake?

Note two matters when assessing this. First, being completely un-American and unpalatable, the Democrats have nothing to run on in the midterms aside from the just ginned up Roe v. Wade abortion controversy. Second and as I often warn, these demagogues aren’t normal. They’re power mongers.

Just as people can lust after food, sex or money — motivations everyone can understand — so can they exhibit that rarer phenomenon: lust for power. And just as a man may endanger his marriage and career to indulge his prurient desires, megalomaniacs may assume great risk to satisfy their dark cravings.

For certain is that cementing total power requires something Marxist revolutionaries would call “crisis,” the third stage of communist subversion. The first, “demoralization,” is the undermining of the nation’s moral foundation; Soviet defector Yuri Bezmenov said this was “more than complete” in the mid-’80s already. The second, “destabilization,” is what we’ve seen with the violence, the toppling of statues and the intensified attacks on our institutions the last many years. Now all we need is a crisis and what it facilitates: revolution — a final seizure of power.

A major war (along with food shortages) could certainly fit the bill. And while this may appear a crazy theory, the people in charge may just be crazy enough for it to be true.