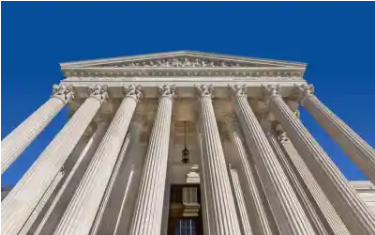 “The Supreme Court has voted to strike down the landmark Roe v. Wade decision,” according to an initial draft majority opinion circulated inside the court and obtained by Politico.

It is a “full-throated, unflinching repudiation of the 1973 decision and a subsequent 1992 decision – Planned Parenthood vs. Casey.

Justice Samuel Alito writing for the majority: “Roe was egregiously wrong from the start.”

“We hold that Roe and Casey must be overruled. It is time to heed the Constitution and return the issue of abortion to the people’s elected representatives.”

It’s not final until it’s published in about two months. The opinion could change.

Roe vs. Wade was never constitutional. It should be up to the states. How long before the Left threatens to kill the Justices or destroy the Court? 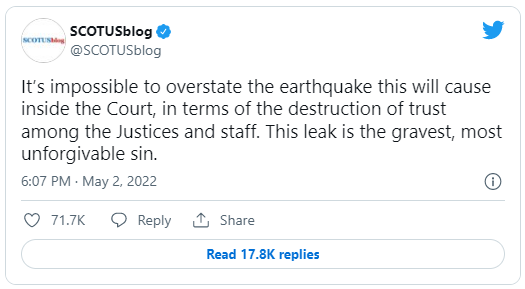 This leak is very serious and has never been done in the history of the Court. The leak is likely an attempt by the Left to change the outcome.