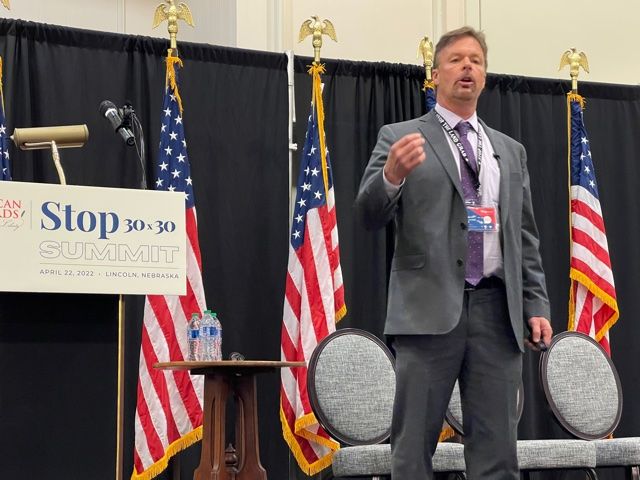 I’ve written frequently about the inherent danger in the steady shift away from individual choice to government control of pretty much every aspect of our lives.

The Green-Left is making a big push to take away our property rights and the ability of people to safely use private and public lands no matter how environmentally responsible.

A week after he was sworn in, President Biden signed the “30×30” plan, which is designed to place 30% of our land and water under federal control by 2030.  We posted details about an important conference I just attended on this subject to CFACT.org:

“To push back against President Biden’s 30×30 land preservation initiative, some 225 county executives, state legislators, farmers, and ranchers gathered in Lincoln, Nebraska to take part in a conference spearheaded by the American Stewards for Liberty.

The aim of the gathering, which took place from April 21-22 and was co-sponsored by CFACT, was to educate, network, and begin crafting a plan of action to resist what some are calling the largest attack on property rights in American history…”

During my remarks at the conference, I noted that:

“The origins of 30×30 didn’t come from Biden, but are actually based on ideas that have been around for many years and can be traced back to misguided UN-related initiatives like the Wildlands Project, Agenda 21 and the Biodiversity Treaty.”

I then went on to talk about how the Green Left has adopted a dangerous “conservation biology” perspective—one that shuns man’s involvement in caring and stewarding for the wilderness and instead champions a hands off, preservationist approach that leads to catastrophic wildfires, extinctions, and degradation of habitat. This is not wise land use.

CFACT is heavily engaged in raising public awareness of this misguided 30×30 plan.  The 30×30 plan must be stopped and we intend to roll back the damage that has already been done.