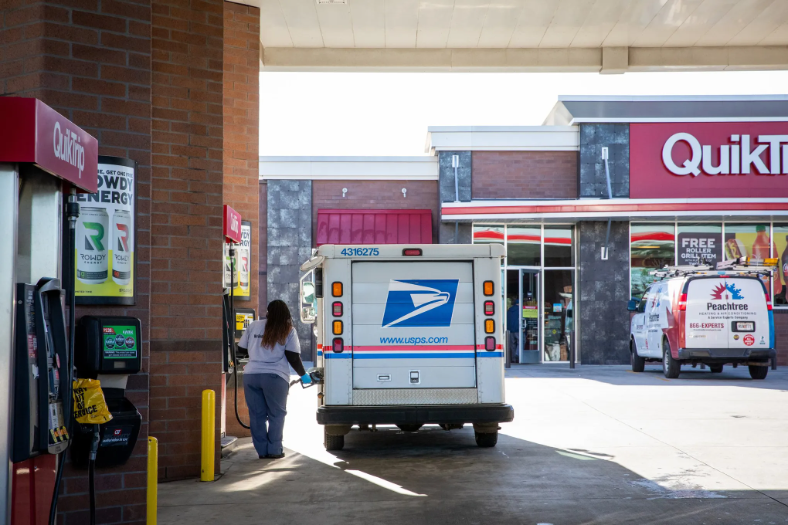 A postal worker fuels up in Morrow, Ga., in 2021. (Dustin Chambers / For The Washington Post)

The lawsuit, filed in the U.S. District Court for the Northern District of California, asserts Postmaster General Louis DeJoy violated the National Environmental Policy Act (NEPA) when the Postal Service decided in February during a “deficient review process” to replace nearly 165,000 mail trucks primarily with vehicles powered by gasoline, not electricity, in its nationwide fleet of 212,000.

The lawsuit says that, when choosing a vehicle manufacturer, the Postal Service did not consider alternative options, weigh the impacts of poor air quality in polluted communities, align its purchase with state climate policies or release an environmental review before its decision to sign a contract worth $6 billion over the next 10 years. 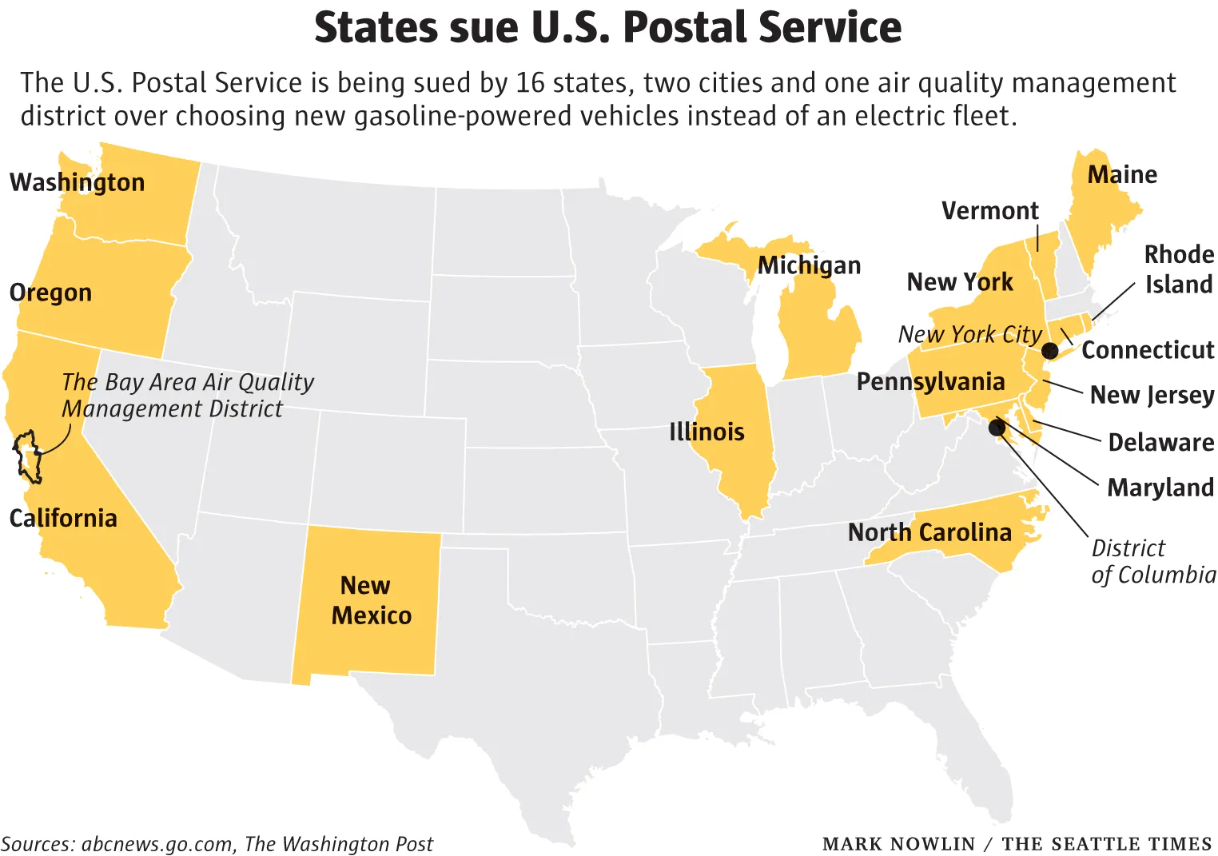 The lawsuit comes amid Washington’s push to electrify its transportation system in its efforts to reduce greenhouse gas emissions by 45% below 1990 levels by the end of the decade, and to eliminate them altogether by 2050.

Two other lawsuits were filed Thursday in New York and California by environmental advocacy groups that asked judges to order a more thorough review of the Postal Service’s decision.

The Postal Service defended its actions.

“The Postal Service conducted a robust and thorough review and fully complied with all of our obligations under (the National Environmental Policy Act),” spokesperson Kim Frum said Thursday in an email.

Oshkosh Defense, a manufacturer based in Wisconsin, was selected by DeJoy in 2021 to build a new fleet for the Postal Service. Oshkosh Defense does not currently build electric vehicles but, according to the company’s website, “will manufacture both zero emission battery electric vehicles (BEV) and fuel-efficient low-emission internal combustion engine vehicles (ICE), upgrading the USPS fleet to be increasingly sustainable. Production of the next generation delivery vehicle is expected to begin in 2023.”

In March, DeJoy’s decision was not only denounced by the Environmental Protection Agency and the White House Council on Environmental Quality, it also led House Democrats to call for an investigation and send a letter to Postal Service Inspector General Tammy Whitcomb.

The Postal Service estimated the newly built vehicles would achieve nearly 30 miles per gallon, but an EPA analysis found that figure was closer to 15 mpg, or 8.6 mpg if the driver is using air conditioning.

Information from The Associated Press was included in this report.