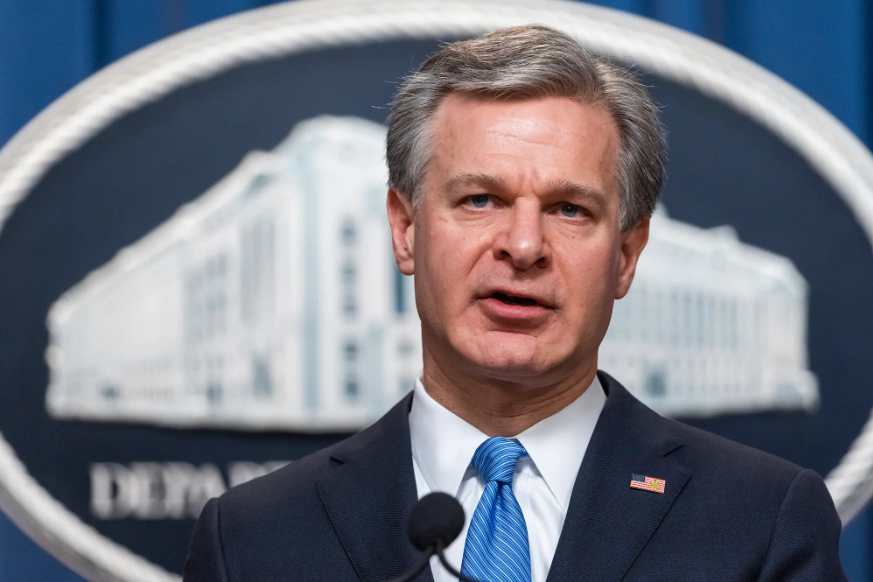 The Biden Justice Department is finally acknowledging the war on cops: FBI Director Christopher Wray denounced the 59% increase in cop murders in 2021.

An officer is murdered nearly once every five days, yet violence against law enforcement “doesn’t get enough attention,” Wray said Sunday on CBS’s “60 Minutes.”

That is an understatement. Wray’s bosses — Attorney General Merrick Garland and President Joe Biden — have instead focused almost exclusively on alleged white-supremacist criminality, which they claim is the biggest domestic threat facing the country today.

That charge is preposterous. It is violent street crime — drive-by shootings, sadistic robberies, carjackings — that has been destroying lives at an increasing rate since the George Floyd race riots. White-supremacist violence played no role in the record-breaking 29% national homicide increase in 2020 or in the ongoing crime surge since then.

As startling as that 2020 homicide increase was, cop murders rose at twice that rate in 2021. A significant portion of those fatalities were ambushes, which were up 91% by mid-2021. Through April 26 of this year, gun murders of cops are up another 13% over the same period in 2021. Shootings of officers, lethal and nonlethal, were up 43% by early April.

These cop killings emerge from a national rhetoric of cop hatred and racial animosity. The Floyd riots and their long aftermath featured the graffiti tag ACAB (All Cops Are Bastards) sprayed across public buildings from New York City to Seattle. 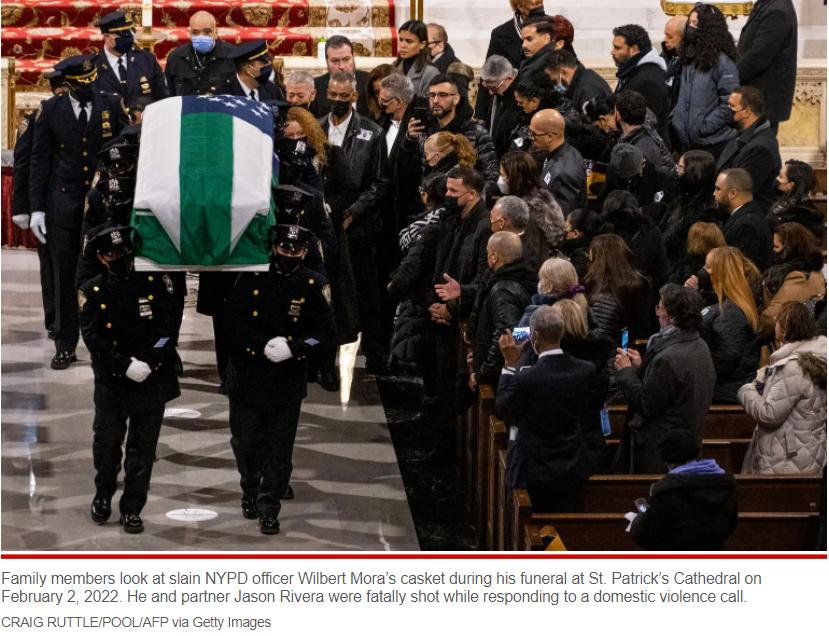 Biden has repeatedly alleged that black parents are right to fear that their children will be shot by a police officer every time those kids go outside. This charge, too, defies reality.

At least 50 black children were fatally gunned down in 2020 — an unthinkable toll if the children had been white. Those young black victims, many of them toddlers, were killed by black criminals, not by police officers, and were therefore ignored by Black Lives Matter activists and the mainstream media.

The wider charge — that police shootings of black men are epidemic — is likewise echoed by Biden and likewise fallacious. Six unarmed blacks were fatally shot by the police in 2021, according to The Washington Post’s classification of unarmed victims of police shootings, out of a self-identified national black population of nearly 47 million. (By contrast, Biden judicial nominee Nusrat Choudhury has claimed that cops kill unarmed black men every day.) Seventy-three police officers were murdered in 2021, out of a national law enforcement body of well under 700,000 officers. 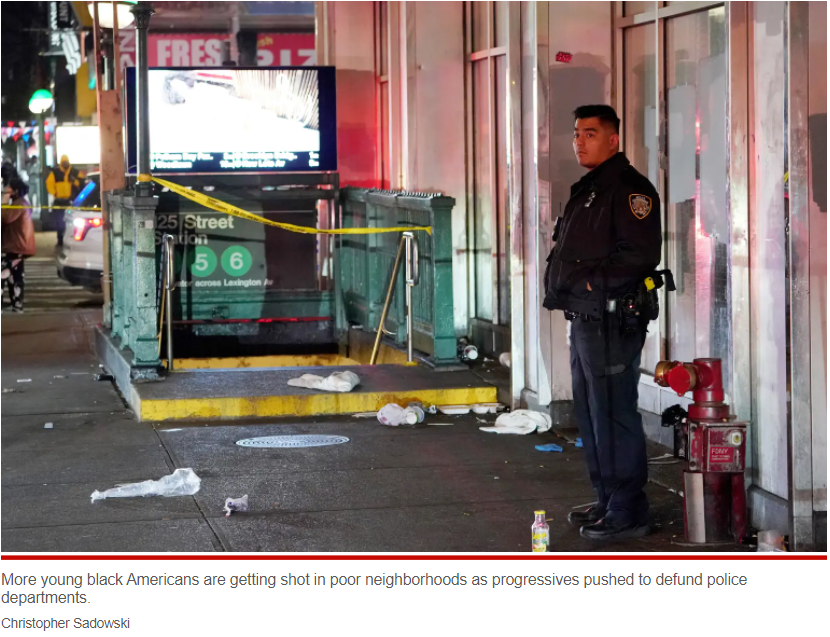 Biden insists that “racial hate” remains a “persistent problem” in America, as he said earlier this month while signing the Antilynching Act into law. Biden was referring to supposed white hatred of blacks. But black-on-white violence, fueled by anti-white ideology, is the dominant interracial crime problem. Blacks commit 88% of all interracial violence between blacks and whites.

This month in Boston, more than a dozen black girls chased down a “white [expletive] with braids” on her bike for wearing an allegedly “black” hairstyle. They punched and kicked her while holding her down on the ground. The mob then attacked two good Samaritans who tried to rescue the 19-year-old victim and assaulted and hurled racial epithets at the responding officers. 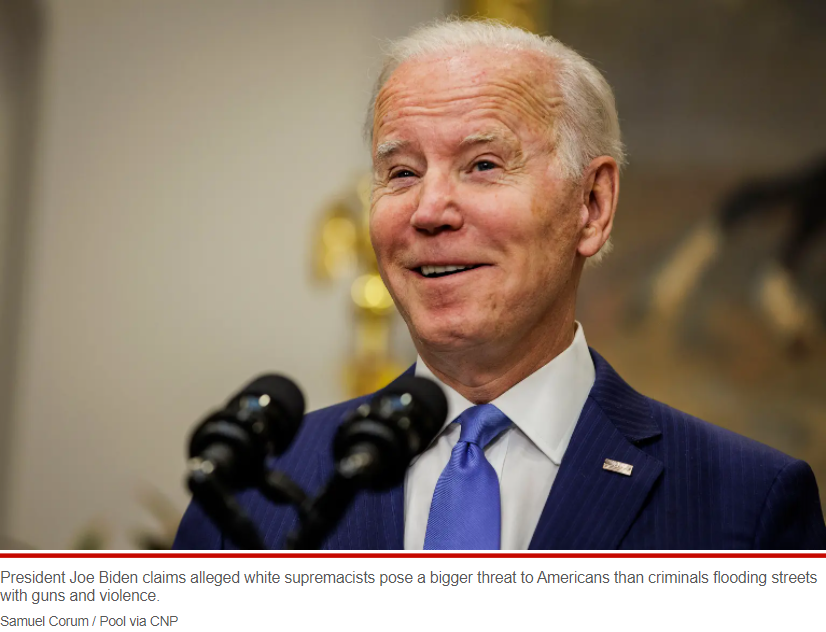 Such racially tinged juvenile violence has been pervasive in Boston. Last month, a group of teens spat on an employee and customers of a bar and shattered its front door while shouting “Black Lives Matter”; aggressive youth attacked an 81-year-old man inside a McDonald’s.

In New Orleans, a 17-year-old boy, a 16-year-old girl and two 15-year-old girls carjacked a 73-year-old woman on March 21, dragging her as she hung tangled in a seat belt. Her arm was severed, and she bled to death.

In Manhattan, a suspect ruthlessly pummeled a 73-year-old man on March 27 after trying to take his wallet. Brooklyn subway shooter Frank James wanted to kill “white motherf–kers . . . because they’re white.” 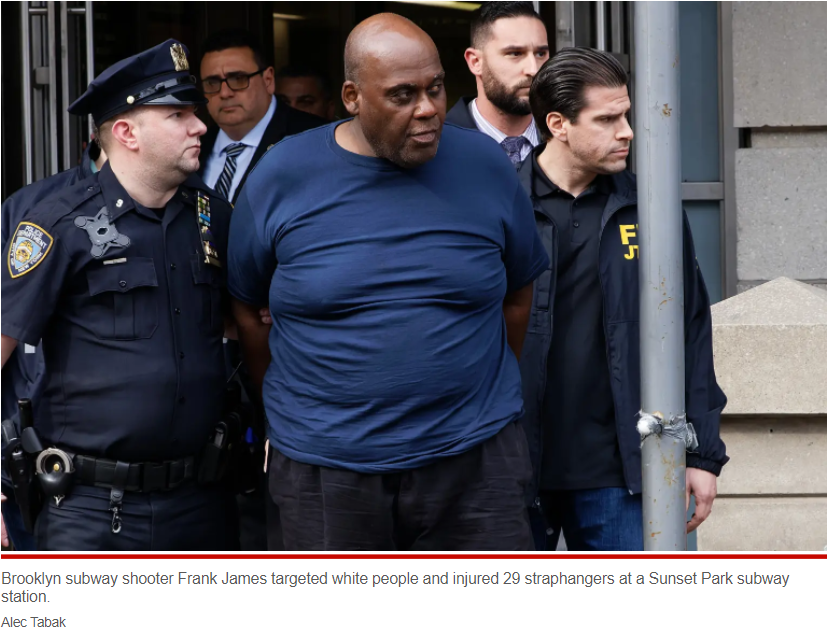 Chicago, Minneapolis, Washington, DC, and a host of other cities have seen gratuitously sadistic robberies and carjackings, all of which the national media ignore because of the inconvenient race of victims and assailants.

The police bear the disproportionate share of such violence since they are the most frequent target of race-based calumny from Democrats, the mainstream media and academia. The rising tide of animosity has them leaving the profession in droves, exacerbating the crime problem. Police recruiting has become a near impossibility.

Democrats may face a rout this November, in significant part because of the violence that is spreading from the inner cities into the rest of the country. If Biden wants to minimize the electoral losses, he should join his FBI chief in repudiating anti-cop violence. As important, he should retract his own false statements about policing and America’s enduring racism.

Heather Mac Donald is the Thomas W. Smith fellow at the Manhattan Institute and author of “The War on Cops.”