Hate Is The Key 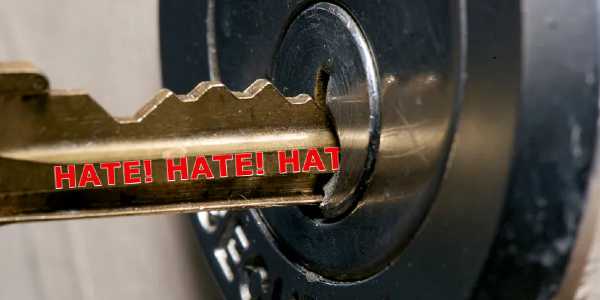 If Americans don’t soon recognize how the Marxists are using hate against America’s best interest, liberty will be lost for a very long time

Hate Is The Key

It took over 100 years for American society to correct the harm done by slavery and its aftermath, through legislation.  It took another 30 years for American culture to fully adjust, and for the most part, eliminate racial discrimination.  Racial discrimination is a fact of human nature that has always existed and, sadly, it will always exist in a tiny minority of every race. That bears repeating, every race has a tiny minority who are racist against one or more other races.  Be that as it may, by 2008 America had succeeded in achieving the state of minimal racism.  By any measure, the vast majority of Americans were totally accepting of all races as just another American, or a welcome visitor to America.  For all intents and purposes, racism was dead in the United States of America.

Then in 2008, the Marxist Democrat Party presented America with the “First African American Presidential Candidate.”  In November 2008, the American people proudly took the opportunity to demonstrate to the world that racism was dead and elected Barack Hussein Obama President of the United States of America.  And how proud we were!  In retrospect, oops!

Yes, a really, really big oops!  To accomplish the feat of electing our first Black President, we had to ignore a few things.  Actually, far more than just a few things that were well known about Obama.  All kinds of red flags existed that in our psychotic stupidity we refuse to believe as a society. Our mass population psychosis and stupidity kicked in and we elected him anyway.

We knew he was raised by his Marxist mother and committed Marxist grandfather.  We knew he was educated by radical Marxists in Chicago.  We knew he claimed foreign citizenship to attend college.  We knew he attended a radical racist church in Chicago.  We knew he nearly always only voted “present” in the Illinois legislature, so there would be no voting record to demonstrate his position on anything.  We knew the corrupt Illinois Democrat machine got him elected to the U.S. Senate.  We knew he was only a freshman Senator when the corrupt Democrat Party political machine supported him as a Presidential candidate.  And lastly, we knew that much of Barrack Obama’s history was intentionally hidden from the American public.  Now what could possibly go wrong with someone like that?

The Marxist Democrat Party relit the fuse of racial discord when Obama became their candidate.  Americans feeling “White guilt” were complicit in the installation of the least qualified man in history to hold the Presidency.  Then the mass psychotics, in their stupidity, repeated their mistake in 2012.   In 2009, after he took office as President, it was only a short time before the fuse of racial discord caused the first explosion of racial hate caused by President Obama when he falsely accused a White cop of crimes against a Black man.  Ultimately, he had a meal of crow over a beer with the two individuals involved.  Unfortunately, it was too late and the evil of racism was once again unleashed on America by our Black racist President.  Then the unemployed race baiters across America that had been run out of business found a new opportunity for their criminal enterprise of racial race-based hate.

Once racial hate was rekindled, the Marxist Democrat Party saw hate as an opportunity and weapon to expand their influence by expanding hate into more venues.  First, they needed to expand divisiveness where ever possible.  Marxists are very aware that their worse curse is a united population in America.  They understand that “united we stand and divided we fall.”  The Marxist Democrat Party built on the base hate of racism, the cultivated hate with the climate change fraud, the ecological movement fraud, and topped it off by taking the opportunity to use the weapon of fear in the handling of the COVID 19 fiasco to generate more hate. And man, oh, man, it is working. The truly psychotic hate demonstrated over masks is legend.

Hate, as a tool of the Marxist Democrat Party, was fully realized as a winning strategy when used against President Donald Trump.  Pure hate, mass population psychosis, and stupidity was what defeated President Trump in 2020.  It wasn’t the empty headed basement dwelling, empty suit and the empty headed dress, put forth by the Marxist Democrat Party; it was the tactic of hate that won on that sad day in November 2020.  It was also hate and fear that fed the mass psychosis of the federal courts that chose to ignore the overwhelming evidence of election cheating all over America and made the courts complicit in the 2020 election fraud conspiracy.

If Americans don’t soon recognize how the Marxists are using hate against America’s best interest, liberty will be lost for a very long time.  History will record it was hate that brought down the most loving and giving nation that ever existed on the planet.  Hate is the key element to Marxist strategy.  Hate blinds people to facts, reality, and clear thinking.  Hate is the key that could very well take down America as we know it!