Being a Democrat Is Not Cool Anymore 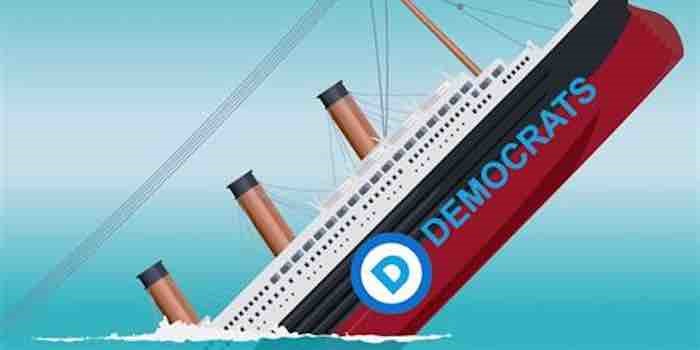 Freedom, choices, real democracy with real elections and freedom of speech is cool and very normal

Being a Democrat Is Not Cool Anymore

There was a time when being a Democrat was cool. With President Kennedy, the Democrat Party had turned a corner. The past was left behind. The preservation of our freedom, and our culture, with Democrats finally beginning to welcome African Americans into the fold, became all important.  Kennedy Democrats saw the future and jumped in with both feet.

JFK was the personification of cool, young, handsome, intelligent, articulate and he loved America. He was a veteran who served his country in time of war.  Kennedy was willing to do what was necessary to protect America, yet he understood war and the hazard of the slouching, uncontrolled, unchecked descent into war.

In many ways, JFK was a conservative, both social and fiscal

JFK was a classic liberal, but more important a Kennedy liberal. He was his own brand…an anti-communist and a fiscal conservative, opposed to a strong centralized government.  He believed in states’ rights and a strict construction of the Constitution.  He was not a big spender, except when it came to the military. Kennedy believed in equality (never mentioned equity), civil liberties, meritocracy, free trade, and a market economy.

In many ways, JFK was a conservative, both social and fiscal.  In a speech, Kennedy expressed that he was a Democrat because he was born one, or an accident of birth. So he chose to be the most conservative Democrat he could muster.  He fought for low taxes, was tough on unions, and hated government dependency. When liberal Harvard economics professor, John Kenneth Galbraith, scolded Kennedy for cutting taxes and not increasing government spending, he told him to shut up. When Al Gore, Sr. (Al Gore’s father) also opposed the tax cuts, he called him a “son of a #.”

Kennedy was anti-abortion, calling it repugnant. In fact, Kennedy appointed one of the judges that dissented against Roe v. Wade, Byron White.  JFK felt that America was strengthened by Christian morality, and took advantage of opportunities to criticize the “cynical philosophy of intellectuals.”

Kennedy was not the perfect man, none are, but he played the role well of the classic liberal of his time, always careful, but always moving forward.

It did not last.

Kennedy died and the Democrat Party lost its way

Kennedy died and the Democrat Party lost its way.  Johnson became president and a neanderthal moved into the White House along with war, never ending welfare and pandering.  I suppose growing up poor put a chip on his shoulder.  Yes, the Civil Rights Act of 1964 passed, but it was a Republican push that passed it, like all the other civil rights legislation after the Civil War.  Robert Kennedy died four years later and the fate of the party was sealed.  Ted Kennedy did little to remind us of better times.

The Democrat Party steadily moved to the left…now so far left it is in very real danger of sinking below the waves and maybe it’s time it did.  They had plenty of chances.

The cynical intellectuals of the world have taken over the Party, the United Nations, and the European Union, pursuing a sick combination of communism, fascism, and atheism under a one world global banner.  And why not? They hate America and passed on that hate to several generations.  While no one was watching they hitched their wagon to a global cabal of sociopaths out of Davos that want to end our sovereignty as a nation, but are always exempt from the consequences of their ideology. They’ve spent many years preparing America for our transition from freedom to enslavement.  And prepared we are.  Ask almost any high school student how many branches of government we have.  Ask them who we fought during World War II or who the president was during the Civil War.  Heck, ask the same questions to an adult 50 years or younger.

Who are these new Democrats?  At their core they are pathological and they want the rest of the country to join them in their pathos.  They want the freedom to disobey or ignore any laws they disagree with and the refusal to assume any responsibility for their actions.  They have been successful in channeling the energy of the nation’s youth, already confused, already uneducated, to destroying what America stands for, convincing them their confusion is someone else’s fault.

Nothing gone awry is ever their negligence…adolescence forever, and the inability to see the consequences of their actions.

So, what do today’s Democrats want?

In insisting they are protecting our democracy, they are destroying it. In accusing Republicans of insurrection, they have utilized it. Its purpose is to end America as we know it.  I am thoroughly taken back by how much these unbalanced morons have been allowed to get away with.

Democrats, led by the Biden administration, are intentionally destroying our country!

Democrats, led by the Biden administration, are intentionally destroying our country!

If these megalomaniacs are successful, they will turn our country and the world into a place any Chinese, North Korean, Cuban, or Venezuelan will find, not comfortable, but definitely familiar, run by an elite group of atheist bureaucrats accountable to no one.

People, especially the young, are finding that being a Democrat is no longer cool. It is akin to being mentally deranged. President Kennedy would be in shock.  Freedom, choices, real democracy with real elections and freedom of speech is cool and very normal.  I believe Americans are finally waking up to that.