While Bill Gates Was Trying to Get Rid of Meat, Elon Musk Was Literally Stopping a Russian Electronic Warfare Attack 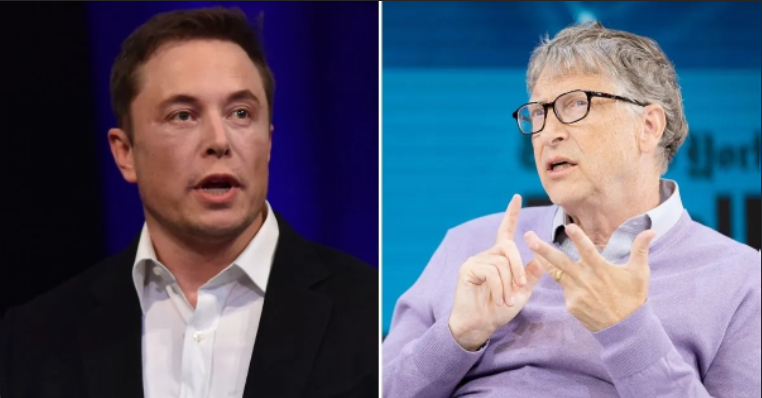 While Bill Gates Was Trying to Get Rid of Meat, Elon Musk Was Literally Stopping a Russian Electronic Warfare Attack

This is a tale of two billionaires. First, we have Elon Musk, founder of SpaceX, among other things, who can be unpredictable. But one thing about him seems sure: He’s pro-freedom. Bill Gates, on the other hand, is a globalist who wants to dictate what you can eat.

Starlink is a satellite broadband service deployed by SpaceX in Ukraine to keep the war-torn country online. When the Russians tried to thwart the implementation of Starlink through electromagnetic warfare, Musk and company weren’t having it.

“The next day [after reports about the Russian jamming effort hit the media], Starlink had slung a line of code and fixed it,” Dave Tremper, director of electronic warfare for the Office of the Secretary of Defense, said in a recent C4ISRNET Conference, as reported by the  Air Force Times.

“And suddenly that [Russian jamming attack] was not effective anymore,” Temper continued. “From [the] EW technologist’s perspective, that is fantastic … and how they did that was eye-watering to me.”

Starlink may have been a game-changer in Ukraine. “Starlink is what changed the war in Ukraine’s favor,” one observer tweeted. 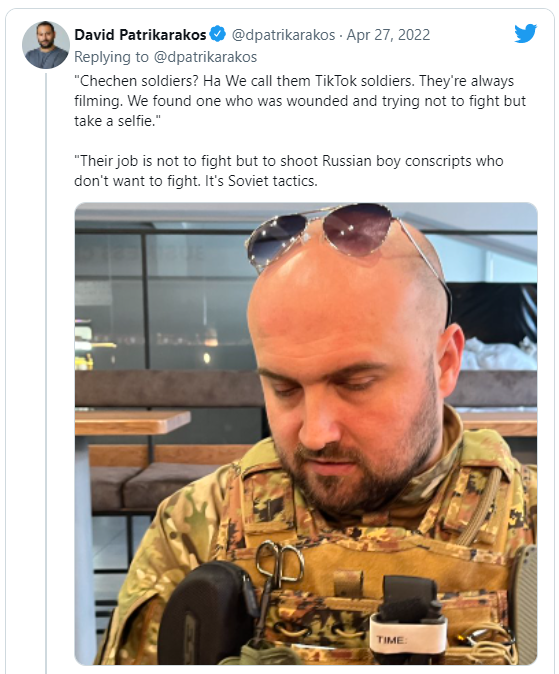 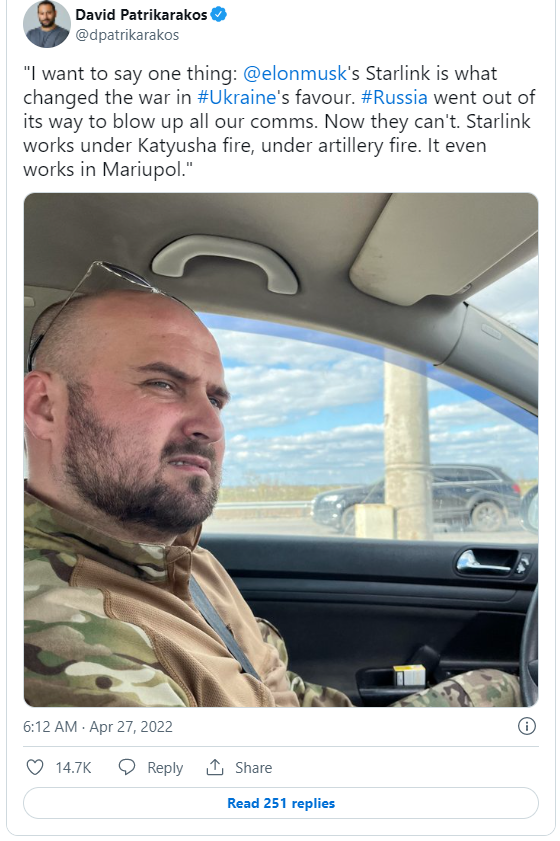 I wonder if the tweet would have been possible without Starlink.

Musk is a man of action. While Joe Biden was more than likely wandering aimlessly around the White House and Twitter Founder Jack Dorsey was presumably getting a new piercing and a nice beard waxing, SpaceX got the job done.

Temper explained that the government can learn a lot from the private sector, because the government has a “significant timeline to make those types of corrections.” Tedious bureaucratic analyses have to be done before the government decides how to address a problem. Then they have to get a contract in place to get it corrected. By that time, the war could be over.

It took Starlink one day to get the job done.

Musk is a world away from Bill Gates, who told James Temple of the MIT Technology Review, “I do think all rich countries should move to 100% synthetic beef.” If Gates had his way he’d label synthetic meat — maybe it should be called mystery meat — “beef,” so all of us dummies would fall for it, like the illiterate citizens of an Idiocracy. 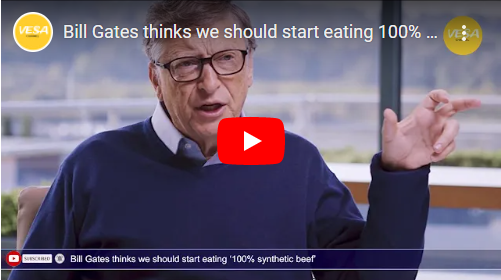 “I’m afraid the synthetic [protein alternatives like plant-based burgers] will be required for at least the beef thing,” added Gates.

Temple was interviewing Gates about his new book, “How to Avoid a Climate Disaster.” The title says it all. To stymie climate change, according to Gates, we’ll have to eat synthetic meat, basically get rid of carbon emissions, and, well, do as we’re told.

Gates has a get-rid-of-beef-so-we-can-herd-humans philosophy that is in lockstep with the Great Reset championed by World Economic Forum founder Klaus Schwab.

Last January, Gates called for carbon taxes to jump-start a fundamental change in industry to “accelerate” the “Fourth Industrial Revolution.”

“The rich countries have to play a central role, both funding [R&D] and having policies, in some cases carbon taxes will be used to drive the demand for these clean products,” Gates said in a speech to the World Economic Forum.

Get the picture? Gates and the entire Great Reset crowd want control over YOU.

Musk, who appears to have libertarian leanings, favors free speech, which requires free choice. If you want to eat a hamburger and can afford it these days, go for it.

You’re not going to save the planet or humanity by controlling everything and everybody. Even if you could, instead of utopia, all you’d be left with is hell on earth.

I have some doubts about Elon Musk. He’s purportedly pro-transhumanist and he’s either agnostic or atheist. Nevertheless, an enemy of my enemy is a friend — for now. Maybe he and those like him will cause the Great Reset crowd to crawl back under the totalitarian rock they came from.

One can always hope.

Jack Gist is an award-winning writer who has published essays, poetry and fiction in Catholic World Report, First Things, The Imaginative Conservative, New Oxford Review and others.