How the climate crusade hijacked the environmental movement 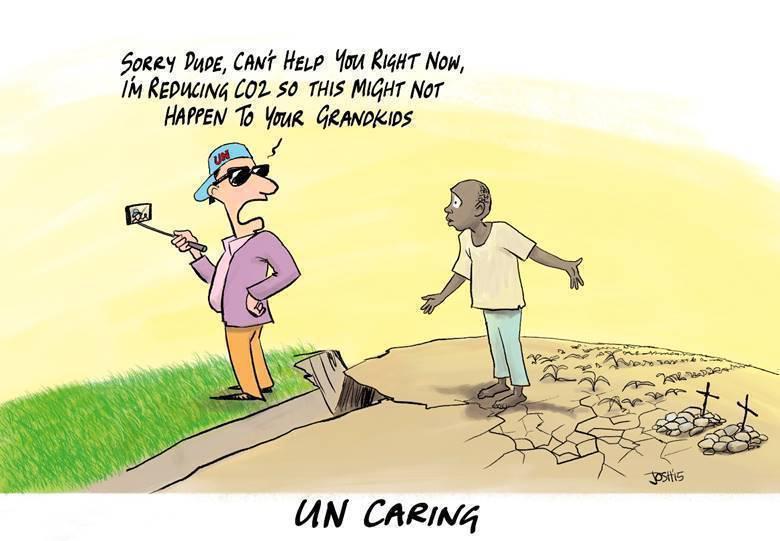 How the climate crusade hijacked the environmental movement

Modern environmentalism has been taken over by an extremist cult that threatens to destroy the movement. This cult preys especially on young and impressionable people who lack the life experience to recognize when their good will and altruism are being taken advantage of. Like most cults, it is not backed by sound science, engineering, economics or public policy. Yet it has been adopted by the elites in society—media, government, educators, corporate leaders and even church officials—as a de facto social good that cannot be contested.

The cult is a belief in dangerous man-made climate change, of course. This entirely bogus crusade now thoroughly dominates the environmental movement. Take Earth Day, just past on April 22nd, for example.

On Earth Day, “climate” appeared 10 times on the earthday.org home page. The first action item on the Greenpeace USA home page was a link to a new climate communications report. The United Nations International Mother Earth Day home page cited “climate” no less than seven times. Pollution was referenced once. Land once. Water and air not at all. Even Earth Day’s Google home page doodle took you to a page that showed the supposed impact of climate change.

Do a Google web search for any of the environmental movement’s most important days and you will see the same. Whether it’s Earth Hour (March 28 this year), Earth Month (April), Environment Day (June 5 this year) or Earth Day, climate change has completely hijacked the movement. 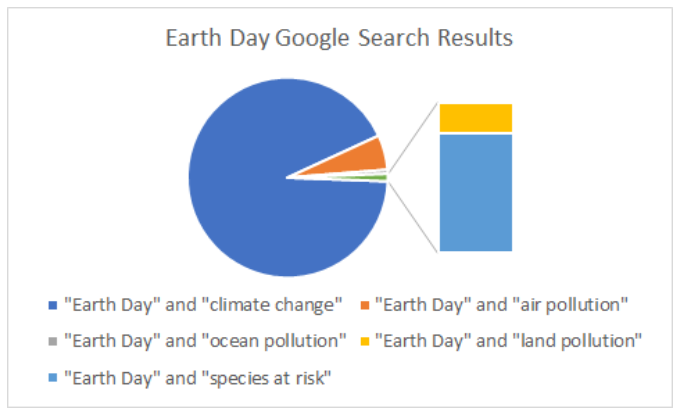 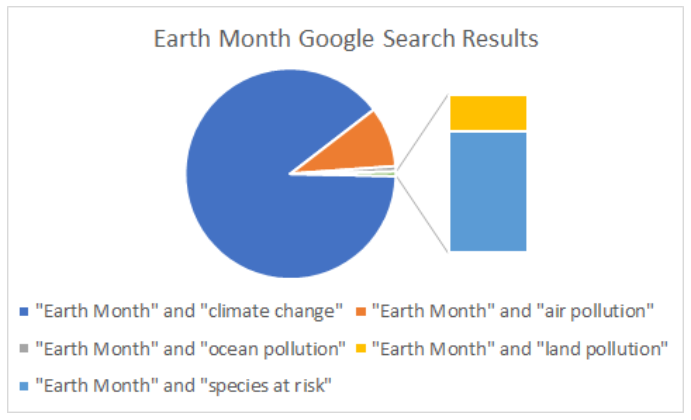 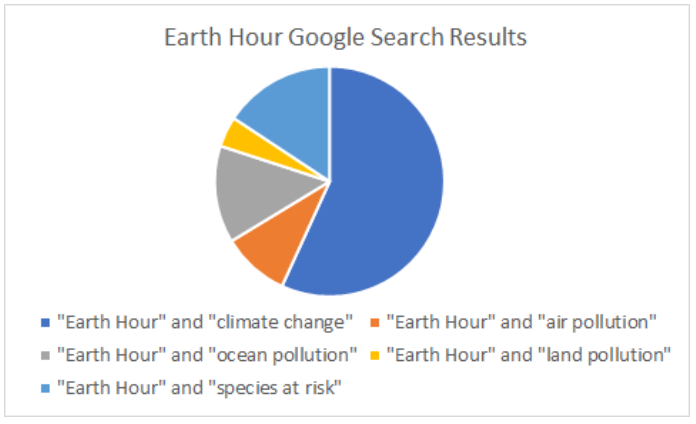 This has been going on for years. Instead of concentrating on issues affecting people today, the environmental movement has been taken over by long term concerns about climate change no matter what else is happening in the world. For example, two years ago, UN Climate Chief Patricia Espinosa “urged the international community to remain focused on Earth Day 2020’s overarching theme of climate change, despite the COVID-19 crisis…” The Earth Day 2020 website went further and called, climate change “the biggest challenge to the future of humanity and the life-support systems that make our world habitable.”

But most people in the world apparently do not agree. For the almost 10 million people who voted in the UN’s “My World” poll that was on the web between 2013 and 2020, “Action on climate change” ranked dead last, despite the agency listing that priority first among issues to be selected from.

Such results are inconvenient for UN climate bureaucrats, so, after ending the My World survey, they are essentially running the poll again. This time, they ask the public to tell them: “WHICH SIX OF THE FOLLOWING GLOBAL GOALS ARE OF IMMEDIATE CONCERN TO YOU AND YOUR FAMILY?” So far, 582,106 people have voted and “Climate Action” is currently ranked 9th out of the 17 goals, securing about 10% of the votes cast.

When their surveys showed relatively low concern about environmental issues in their 2015 poll, Gallup proposed several causes of the decline, one of which should trouble the environmental movements strategists: they are, in effect, focused on the wrong issue. Gallup explained,

“The primary focus of the environmental movement has shifted toward long-term threats like global warming — issues about which Americans tend to worry less than about more immediate threats like pollution. Importantly, even as global warming has received greater attention as an environmental problem from politicians and the media in recent years, Americans’ worry about it is no higher now than when Gallup first asked about it in 1989.”

Most sensible people are environmentalists and want clean air, land, and water. Yet climate change now dominates, not just Earth Day, but the entire environmental movement, sucking funding and energies away from tackling important short and mid-term issues such as pollution and species at risk. Besides the strategic blunder of focussing on an issue the general public seems to not really care much about, there is a serious ethical problem that will eventually come back to haunt the movement.

Documents such as the Climate Change Reconsidered series of reports from the Nongovernmental International Panel on Climate Change illustrate that debate rages in the scientific community about the causes of climate change. Scientists cannot yet even agree on whether cooling or warming lies ahead, let alone how much we affect the climate. Yet global warming campaigners assert that “the science is settled.” We know for certain, they claim, that our carbon dioxide emissions will cause a planetary emergency unless we radically change our ways.

This makes no sense, of course. Uncertainty is inherent to all science, especially one as complicated as climate change.

The consequence of this overconfidence is tragic. According to the San Francisco-based Climate Policy Initiative, of the over one-half trillion dollars that is now spent annually across the world on climate finance, 91% goes exclusively to mitigation, trying to control future climate states. Only 7% of global climate finance is dedicated solely to helping vulnerable people cope with climate change in the present. Based on an hypothesis about the causes of climate change, we are letting people suffer today so as to possibly help those yet to be born. As the public come to understand this, they will soon regard the climate crusade as fundamentally immoral and today’s environmental movement wholly misguided.

That scenario, not theoretical future climate, is what should most concern sensible environmentalists.