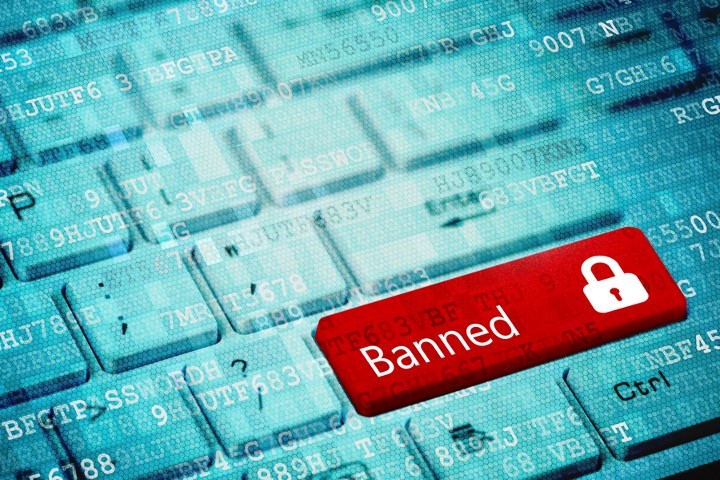 A recent report affirms what many have suspected — and anecdotal evidence has suggested — over the past two years: Big Tech has been placing its thumb on the political scales. The report comes from the Media Research Center (MRC), which says that through its CensorTrack database, it found over 640 cases of Big Tech platforms intervening on Biden’s behalf.

“Big Tech’s campaign to protect President Joe Biden and his agenda has continued unabated,” according to the report, which lists “more than 640 examples of bans, deleted content and other speech restrictions placed on those who criticized Biden on social media over the past two years.”

Of the 646 examples listed, many of those were “cases of Big Tech censoring people over the New York Post’s bombshell Hunter Biden story in late 2020.” In all, MRC/Free Speech America found 140 cases of Big Tech silencing mentions of the Post’s explosive story of Hunter Biden’s corrupt dealings in Ukraine, as shown in data discovered on his abandoned laptop. While that story — breaking just weeks before the 2020 election — would almost certainly have put Biden in a deservedly bad light, Big Tech made sure that would not happen.

The lengths to which Big Tech went to sway the election by killing the laptop story is beyond the pale. Twitter even placed a “warning label” on the GOP House Judiciary Committee’s website for linking to the laptop story. As the report explains:

The worst cases of censorship involved platforms targeting anyone who dared to speak about any subject related to the New York Post bombshell Hunter Biden story. The Post investigated Hunter Biden and the Biden family’s allegedly corrupt foreign business dealings. Big Tech’s cancellation of that story helped shift the 2020 election in Biden’s favor. Twitter locked the Post’s account for 17 days. In addition, Twitter slapped a “warning label” on the GOP House Judiciary Committee’s website for linking to the Post story.

But the lion’s share of the cases were of Big Tech protecting Biden from reports of his own creepy behavior around women and children. And Big Tech platforms bent the meaning of their own rules to the breaking point to block such posts. As the report states:

But the largest category by far included users who dared to call out Biden’s notoriously creepy, touchy-feely behavior around women and children. The 232 cases of comedic memes, videos, or generic posts about Biden’s conduct composed more than one-third of CensorTrack’s total instances of users censored for criticizing the president.

In one case, a user reported that Facebook deleted a post that showed three photos of Biden kissing what is reportedly his granddaughter on the lips. It followed with a caption that said: “Find someone who kisses you the way Joe Biden kisses his granddaughter.” Snapshots indicated that Facebook claimed the post violated its community standards on “nudity or sexual activity.”

Anyone who has ever reported a lewd, lascivious post on Facebook only to receive a reply stating that the post “did not violate our policy” can appreciate the irony of that policy being overspent to protect Biden from being called out for what clearly appears to be an incestuous kiss.

Big Tech also targeted users who used Biden’s own words in their posts. It turns out that when Biden makes Biden look bad, users who point that out are to blame:

Big Tech even went after posts that quoted Biden’s own words and made him look awful in retrospect. News outlet Breaking 911 posted screenshots of Instagram posts to its Twitter page on Oct. 21, 2021, showing that Instagram targeted the group for quoting Biden. One tweet quoted Biden sarcastically saying “Freedom! …I have the freedom to kill you with my COVID. No, I mean, come on! Freedom?!”

The second Breaking 911 screenshot featured Biden lambasting former President Donald Trump’s decision to leave the Paris Climate Accords. Biden was quoted saying, “When Pres. Trump pulled out of the Paris Climate Accord…the agreement was that we could not, if we reached beyond 1.5°C increase in temperature, we’re gone. Not a joke. Not a joke. And so, we decided that, he pulled out — first thing I committed to do was rejoin that accord.” Instagram reportedly removed the posts. According to Breaking 911, “Instagram has again flagged the @Breaking911 account for directly quoting the President of the United States, claiming our posts promoted ‘violence and incitement.’”

And it was not merely John Q. Public on the receiving end of such censorship. We all know that Big Tech platforms burned President Trump’s accounts to the ground, but this report shows that that was not the only time Big Tech reached far to protect Biden:

The impact of Big Tech running interference for Biden is far-reaching. Take, for instance, the Hunter Biden laptop story as just one example. The report shows that fully “45 percent of Biden’s voters weren’t fully aware of the Post story precisely because the media and Big Tech tried to whitewash it.” The result of the story being known “would have led 9.4 percent of Biden voters to abandon him, flipping all six of the swing states he won to Trump.”

In the end, Big Tech interfered with a presidential election, causing the outcome to be different than it would have been without that interference. And all the while, Big Tech joined in with others — including the DNC, major media, and intelligence folks — to cry out loud about “Russian” interference.