What’s the Point of the Ninth Amendment? 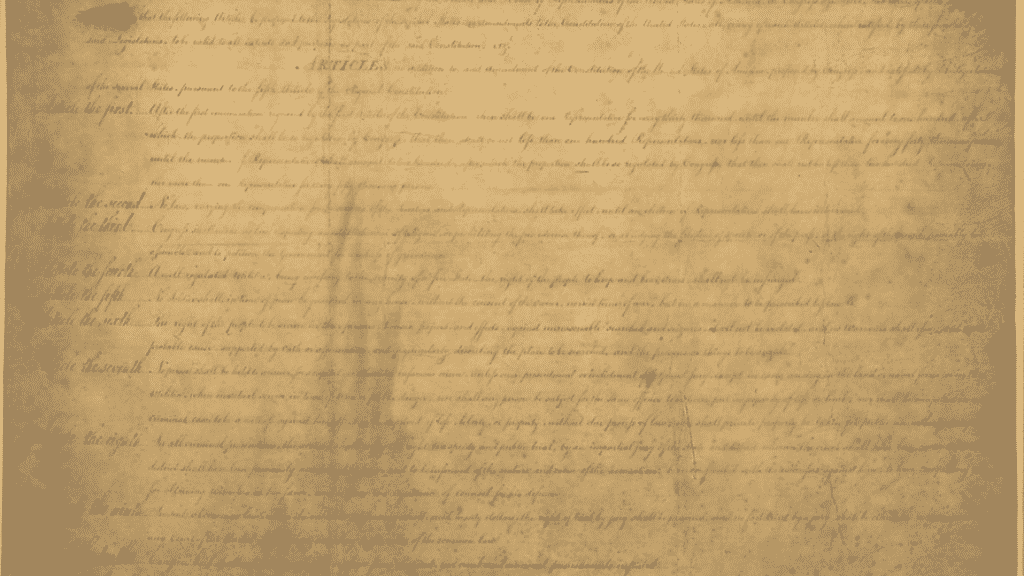 What’s the Point of the Ninth Amendment?

You will often hear people claim that the Ninth Amendment “gives us all of the rights that aren’t listed in the Bill of Rights.” But that is not the correct way to read the amendment.

“The enumeration in the Constitution, of certain rights, shall not be construed to deny or disparage others retained by the people.“

Like the 10th Amendment, the Ninth is a “rule of construction.” The Ninth and 10th Amendments add nothing at all to the Constitution, and they don’t take anything away. They merely tell readers how to interpret the document. In other words, it tells us how to “construe” the powers delegated to the federal government and the limits on those powers. As Professor Laurence Tribe put it, “The Ninth Amendment is not a source of rights as such; it is simply a rule about how to read the Constitution.”

The Bill of Rights sprung from fears that the federal government would act outside of its delegated powers and trample the people’s rights and privileges. Many argued that a Bill of Rights was unnecessary because the very nature of the Constitution precluded the federal government from taking actions that would violate rights like freedom of the press and religion. But those assurances weren’t enough for many who were deeply skeptical of government power. They thought a bill of rights was vital and agreed to ratification of the Constitution only on the condition of amendments.

But supporters of a Bill of Rights faced a dilemma. They believed it was important to add further declaratory and restrictive clauses to the Constitution to restrain federal power, but they recognized it was impossible to list all of the rights and privileges the federal government was barred from interfering with.

Madison addressed this concern in a letter to Thomas Jefferson dated Oct. 17, 1788.

“My own opinion has always been in favor of a bill of rights; provided it be so framed as not to imply powers not meant to be included in the enumeration.”

James Wilson of Pennsylvania provided perhaps the most succinct explanation of the problem.

“In all societies, there are many powers and rights which cannot be particularly enumerated. A bill of rights annexed to a constitution is an enumeration of the powers reserved [to the people]. If we attempt an enumeration, every thing that is not enumerated is presumed to be given. The consequence is, that an imperfect enumeration would throw all implied power into the scale of the government, and the rights of the people would be rendered incomplete.”

The Ninth Amendment was a response to concerns that listing certain rights in a bill of rights would imply the federal government had the power to violate other rights not listed.

In effect, the Ninth Amendment explicitly asserts that the federal government may only act within its delegated powers, both in regard to the rights listed in the Bill of Rights and those that were not listed.