Report: “No Evidence of a Climate Crisis” 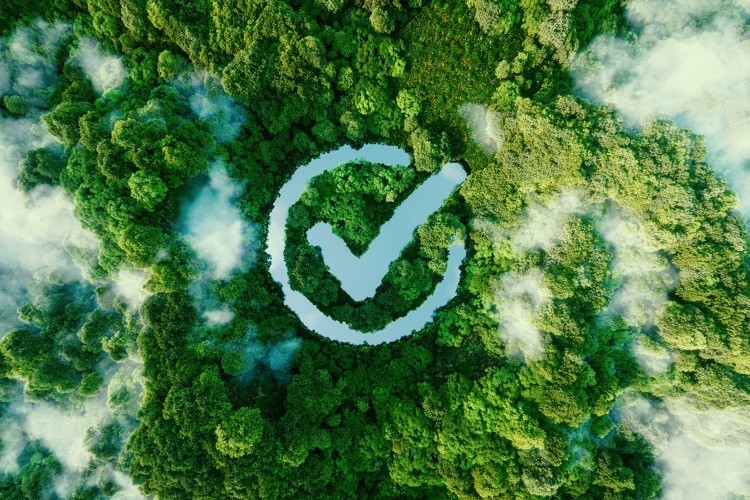 Report: “No Evidence of a Climate Crisis”

A new report, released this month by the Global Warming Policy Foundation (GWPF), states that empirical evidence shows that, despite the dire predictions of the United Nations Intergovernmental Panel on Climate Change (IPCC), there is “no evidence of a climate crisis.” Professor Ole Humlum of the University of Oslo laid out his case in his annual State of the Climate Report.

Humlum is a professor emeritus of physical geology and hydrology, with a specific interest in geomorphology and climate variability. He believes that much of the “climate change” that we see is the result of poorly understood but very natural cycles.

Humlum does report some gentle warming of the planet, but finds no cause for the alarm bells being sounded by climate alarmists.

“Air temperatures measured near the planet’s surface (surface air temperatures) are at the center of many climate discussions, but the significance of any short-term warming or cooling should not be overstated,” the report states.

According to Humlum, “Since 1979, lower Troposphere temperatures have increased over both land and oceans, but most clearly over the land. The most straightforward explanation for this is that much of the warming is caused by solar insolation, but there may be several secondary reasons, such as changes in cloud cover and land use.”

So, yes, there has been “gentle warming” of the Earth, most likely caused by the Sun.

Much of the angst and fervor regarding climate change comes from predictive climate modeling, which is based on an incomplete understanding of the Earth’s climate system. Climate models can be a good tool for understanding how certain phenomena affect the climate, but they routinely overestimate the effect of carbon dioxide and other greenhouse gasses. They were never meant to be predictive tools.

“A year ago, I warned that there was great risk in using computer modeling and immature science to make extraordinary claims. The empirical observations I have reviewed show very gentle warming and no evidence of a climate crisis.” Humlum said in a press release.

Humlum’s concern for the overemphasis on climate modeling was shared by GWPF Director Benny Peiser: “It’s extraordinary that anyone should think there is a climate crisis. Year after year our annual assessment of climate trends document just how little has been changing in the last 30 years. The habitual climate alarmism is mainly driven by scientists’ computer modeling rather than observational evidence.”

Among the empirical data shared by Humlum in his report, sea-level rise might not be the emergency that climate alarmists claim: “While the satellite record suggests a global sea-level rise of about 3.3mm per year or more, data from tide gauges all over the world suggest a stable rise of 1–2mm per year. The tide gauges indicate no recent acceleration (or deceleration) of sea-level rise.”

Declining sea ice, which climate alarmists believe could destroy habitat for polar bears, appears to be stabilizing: “In 2021, global sea-ice cover remained well below the average for the satellite era, but is now increasing.”

And storms and hurricanes don’t appear to be any worse (or better) than they have been throughout history: “The most recent data on global tropical storm and hurricane accumulated cyclone energy (ACE) is well within the range observed since 1970. In fact, the ACE data is highly variable over time, with a significant 3.6-year variation, but without any clear trend towards higher or lower values. The number of hurricanes making landfall in the continental United States remains within the range for the entire observation period since 1851.”

Much more predictably than the climate itself, climate alarmist heads exploded at the thought that anyone might actually believe that so-called climate change might be a natural consequence of natural Earth and solar cycles.

When Steve Baker, a Tory MP in the United Kingdom, shared the report as part of the Net Zero Scrutiny Group in parliament, NGOs in the U.K. attacked him for spreading “climate denialism.”

“The mask has slipped. Promoting climate denial from GWPF is not scrutiny of policies but denying the basis for action. Dangerous and wrong,” said Joe Tetlow, a senior political adviser for the Green Alliance, a climate-alarmist think tank based in London.

But Baker claims that he’s simply listening to a scientist — as we’re all told to do by the climate fanatics. Asked if he agreed with Humlum’s report, Baker said, “I am clear that questions of climate science should be handled scientifically. The last thing we need is politicians and activists twisting the science to their particular ends.”

Baker nails exactly what is going on vis à vis climate change. Politicians, the UN, and far-left green activists control the hysterical narrative on climate change. When you explore the data, scientists are still figuring out whether anthropogenic climate is a serious problem. And, as Professor Ole Humlum thinks, it’s not all that bad.