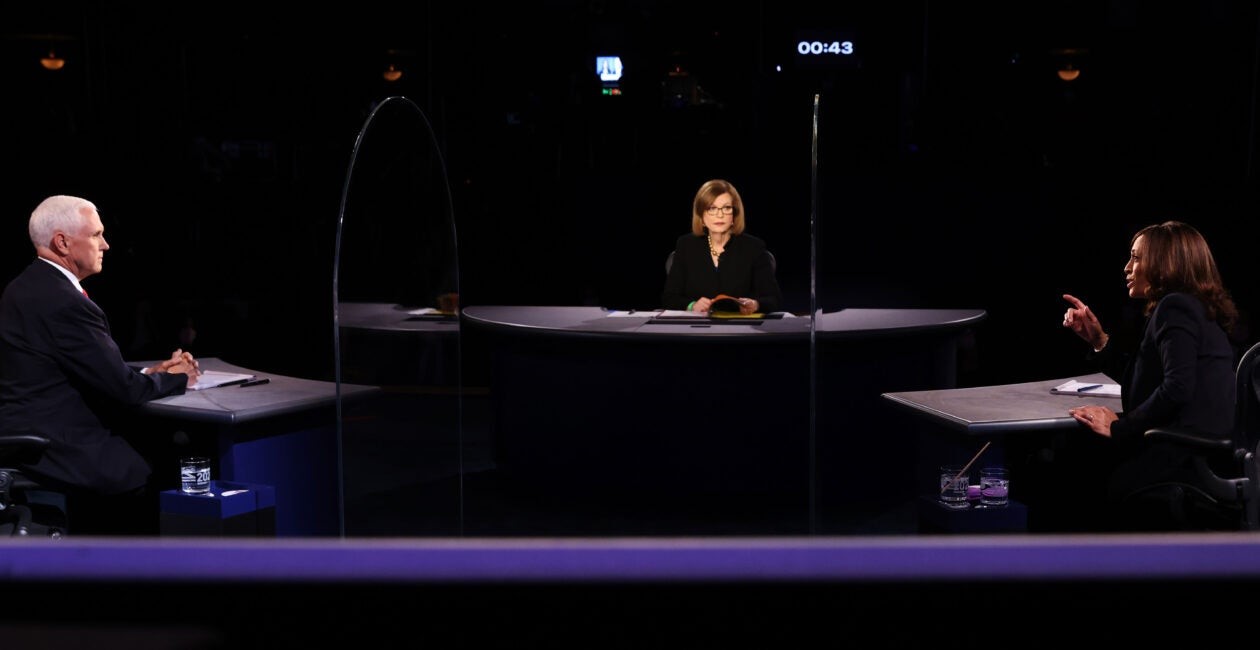 The Republican National Committee made a bold decision that the media elites treated like an anti-democratic outrage. The RNC pulled out of the allegedly bipartisan Commission on Presidential Debates.

This decision is not an outrage. It’s long overdue. The Democrats are allergic to doing any primary debates on Fox News. It’s only in the last two cycles, the Trump cycles, that they accepted a Fox News moderator in the fall—and that was Chris Wallace, who escaped to CNN.

In the nine election cycles we’ve monitored at the Media Research Center, the moderators have been almost entirely fixtures in the so-called mainstream media. In all of these cycles except 2020, Republicans have been subjected to a so-called town hall debate, where the “town” is a Potemkin village of carefully scripted and chosen questioners who routinely tilt to the left, just like the moderators.

The RNC should reject any stage-managed “town hall” fakery from any of the liberal networks. If Republicans have to take on hecklers, it should be at their own campaign events and not at debates that are supposed to be fair and balanced.

CNN’s John Avlon gave the best freakout, hands down. With all the usual unsubtlety of CNN analysis, Avlon predicted the end of presidential debates “at least for quite a while.” He called it “a blow to our democracy,” and a “temper tantrum thrown at Donald Trump’s request, complaining that the commission is biased.”

Decrying the debates as biased against Republicans is stating an obvious fact. It’s been baked in our political cake for at least 30 years. But Avlon really deserved the laugh track by adding the RNC’s decision is “a virtual guarantee that America will retreat further into its partisan echo chamber, which is the last thing we need.”

He said this on CNN, which is never more hilarious than when its pompous personalities lament “partisan echo chambers.”

On MSNBC, Susan Page of USA Today complained that we “run the risk of not having presidential debates, of not having the two candidates who are vying to lead our nation being forced to stand side by side and answer independent-minded questions.”

Earth to Page: Half of America laughs when the media calls themselves “independent-minded,” especially as journalists relentlessly pressured one another since 2016 that the Trump-Pence ticket must not be “normalized.” Page’s questions weren’t “independent-minded” when she moderated the vice presidential debate on Oct. 7, 2020.

Page lectured Mike Pence that America was a global leader in coronavirus deaths and scolded the president for holding a “superspreader” event at the White House.

Page lectured Pence about how the “landmark Roe v. Wade decision” was threatened by Amy Coney Barrett, but failed to ask Kamala Harris about liberal demands to pack the Supreme Court.

If anybody should be accused of an “anti-democratic” tilt in the next election cycle, it should be the control freaks of the liberal media who can’t stand to be criticized and challenged. The Republican half of America wants a better deal.

Tim Graham is director of media analysis at the Media Research Center and executive editor of the blog NewsBusters.org.