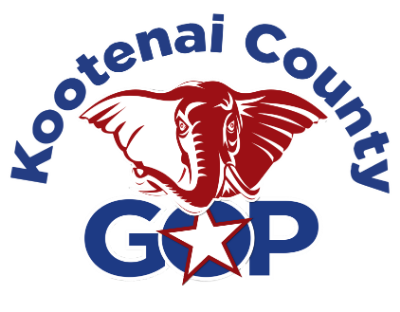 We found out Thursday that the latest iteration of the of the dusty progressive establishment Republican gang is …(drum roll)…North Idaho Republicans. NIR is formed by the same old “Get off my lawn!” geriatrics that ten years ago formed the North Idaho Political Action Committee (NIPAC) which became the Republican North Idaho PAC and then the group CEQUC (apparently named after an Aztec god) and finally now North Idaho Republicans. This anti-democratic group has an abysmal success record, getting only 10% of their 2014 primary endorsed candidates elected. Check the various membership rosters and you’ll see the same names over and over.

The one thing the North Idaho Republican-INO crash IS good at is prevarication. Their latest pack of lies are easily refuted.

First they try to distort the definition of a Republican. The fact is you are a Republican if you believe, substantially, in the principles and policies articulated in the Republican Party Platform. It is our platform that defines our party, not some rag tag pack of self-appointed “authorities”

Next they claim the Kootenai County REPUBLICAN Central Committee (KCRCC) is not actually Republican when in fact the KCRCC is the ONLY official Republican Party organization in the county. Our members are all elected every two years, one from each of the now 73 precincts across the county. We are not some self-selected group assuming illegitimate power. We are chartered by the laws of Idaho and the Republican State Party Rules.

Then they claim that the KCRCC is infiltrated by non-Republicans, like Libertarians and such. There is actually a grain of truth to this. While all committeemen are required to be affiliated Republicans, we do have one member who is a staunch Libertarian and former member of their leadership, city councilman Dan Gookin, whose frequent expletive laced rants are an embarrassment to the committee and our community. So, you got us on that one.

Next they claim that the Hayden City Council dysfunction is the fault of the KCRCC. In fact the KCRCC’s recommended candidate did not win that race.

Next they claim that the KCRCC appointed the Assessor, when in fact the Assessor was appointed by the Board of County Commissioners from a list of three qualified nominees presented to the commissioners as required by Idaho law. I have a letter from Commissioner Fillios thanking the KCRCC for presenting three qualified candidates on such short notice after the untimely and unfortunate death of the former assessor.

Then they claim that the KCRCC wants to eliminate public voting. Nothing is further from the truth. KCRCC efforts have caused voter turnout to more than double. Our transparent and open Rating and Vetting process provides badly needed information to the voters. Our own membership is voted on by the public every two years. I was the chairman of the Idaho State Republican Party standing Rules Committee when we unanimously rejected a rule change that would require party approval before someone could run as a Republican. We want voters to be engaged and informed.

They claim that our recommended candidates are “pre-selected” and that out Rating and Vetting system is a sham. Public records show that I was one of the first contributors and donated $5,000 to both Art Macomber (AG candidate) and Mary Souza (SOS candidate). Neither of these two candidates made it to the KCRCC’s recommended candidate list. So much for the chairman “getting his way”.

There is one claim that IS true, that the KCRCC has raised over $500,000, almost as much as the entire Idaho State Party. This isn’t “dark money” with donors concealed from view, like NIR’s tax free status allows. No, these are thousands of individual, grassroots donors, reported fully under Idaho Sunshine Laws, who believe, support, and appreciate the KCRCC’s efforts to help elect actual Republicans. Would a dysfunctional group be able to double fundraising over last year?

What is actually happening here is plain to see. Nearly 20 years ago the people behind NIR were THE establishment Republicans and they ruled over Kootenai politics with an iron fist and a “sit down and shut up” attitude. At the close of the first decade a populist movement began in the shadow of the Tea Party. Ordinary citizens realized they needed to step up and become politically active or watch Idaho slide into a progressive dystopia like Portland.

That transformation began as a trickle, became a stream and is now a conservative wave. The old Republican establishment pines for the good old days when they ran things and every year they hold a sad little ritual of forming a “new” group with same old members and shake their fists at those they blame for their own failings.

Meanwhile the KCRCC continues to attract volunteers, supporters and donors who appreciate the hard work, service, and assistance provided by our dedicated Republican Precinct Committeemen. Thank you, Kootenai County Republicans, for your support.