Will California buyers be mandated to purchase the forthcoming oversupply of EV’s? 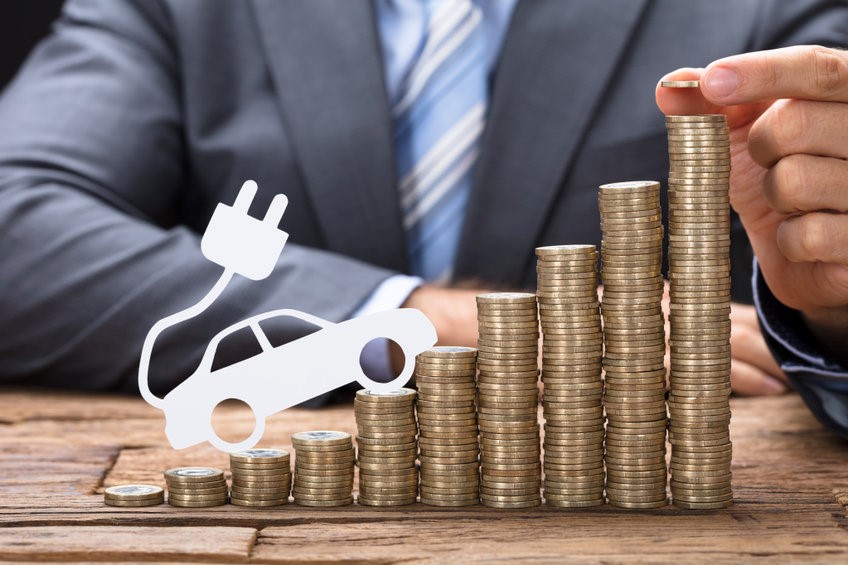 Will California buyers be mandated to purchase the forthcoming oversupply of EV’s?

Until the current elite owners can demonstrate to the middle-income and those on fixed incomes that their EV’s are the family workhorse vehicle, the average citizen may not be receptive to be mandated by Newsom into an EV.

A year and a half after California Governor Gavin Newsom issued an executive order to phase out the sale of new gasoline-powered cars by 2035, the state is rolling out a roadmap to help it get there, but average citizens may show they are not about to be mandated by Newsom to make drastic lifestyle changes.

A new rule proposed by the California Air Resources Board (CARB), the state agency that regulates air pollution, would require the share of zero-emission vehicles sold in the state to nearly triple by 2026 — rising from 12 percent of all sales today to 35 percent. The rule, which lays out the country’s first roadmap to phase out gas-powered vehicles, calls for all new vehicles to be fully electric, hydrogen powered, or plug-in hybrids by 2035. That’s a sharp increase from 2021, when about 12 percent of all cars sold in the state were zero-emission, according to the air board. About 1 million of the 26 million cars currently on California roads are zero-emission.

Newsom is mandating a lifestyle change to EV ownership onto the traditional middle and working classes and those on fixed incomes that may not want or afford an EV. He and the state may face political and legal repercussions as the date approaches when the average citizen will be unable to purchase a gasoline fueled vehicle in California.

Amid tougher emissions regulations worldwide, established automakers are racing to add more EVs to their lineup. A Reuters analysis found that global automakers such as Audi, BMW, Hyundai, Fiat, Volkswagen, GM, Ford, Nissan, Toyota, Daimler, and Chrysler plan to spend a combined U.S. $300 billion on EVs over the next decade as car companies are betting big on EV’s.  Most of the EV’s will be manufactured in foreign countries far removed from American ports.

China came from zero production in 1950, to 2019 where it now produces more cars than the USA, Japan, and India collectively. The 6-minute video of the automobile manufacturing “needle” shows how the foreign manufacturing dominance occurred over that 69-year period. 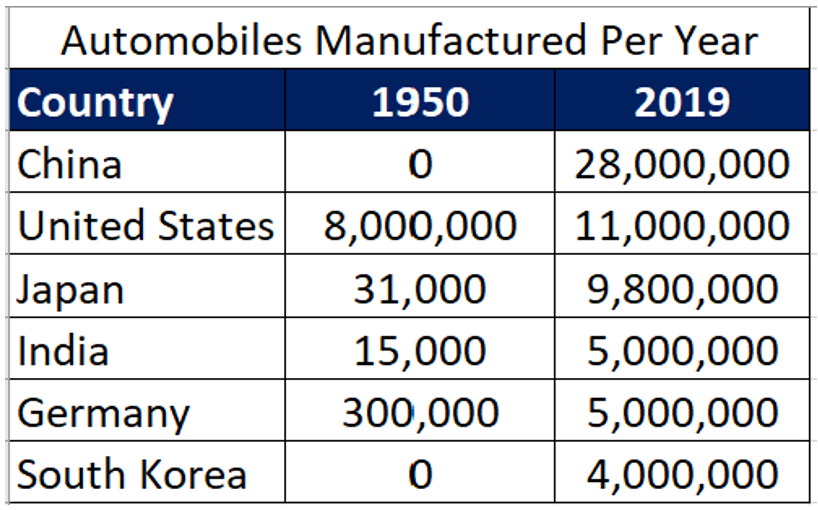 Even with the great California year-round weather, the states’ EV user’s experiences do not bode well for projected EV sales in America as the states’ EV users may be sending a caution-to-the-wind (no pun intended) message to America that the EV usage in the state reflects very conservative notices to future EV owners. A few reasons why Californians may be sending the wrong message to America is the profile of current EV owners:

1.) The EV owners represent multi-car families. Thus, the limited usage of the EV’s of about 5,000 miles per year is a reflection that the EV is a second vehicle, for those that can afford a second vehicle, and not the family workhorse vehicle.

2.) The primary owners of EV’sare the highly educated and financially well off, and not representative of the majority that are middle to low income folks, or those on fixed incomes. The California challenge is that more than 18 million (45 percent of the 40 million Californians) represent the Hispanic and African Americanpopulations of the state, and the more than two million undocumented immigrants.

3.) EV owner incomes rank among the highest in the countrywhich may be a reflection of home owners that have easier access to charging their EV from their multi-car garages, or for those folks living in new apartments that may have access to more convenient EV charging capabilities. Most car owners are not homeowners and park in the street.

The reasons why EVs aren’t grabbing consumers by the tailpipe are many, but the main ones are affordability, charging and range functionality, and the possible exposure to inclement weather.

Another challenge for the EV growth is the EV charging dependence on intermittent electricity generated from breezes and sunshine. Adding EV charging loads onto the grid that is becoming more unstable is like putting salt in the wound. Power outages are now commonplace in California and Texas with more to follow throughout the nation as we adjust to a life dependent upon the time of day and the weather.

Until the current elite owners can demonstrate to the middle-income and those on fixed incomes that their EV’s are their primary family workhorse vehicles in all kinds of weather conditions, the less fortunate will most likely remain reluctant to buy into the EV evolution. Growing the supply chain for EV’s without a corresponding growth in demand could be an economic disaster in the works.

Likewise, growing the supply chain in foreign countries for EV’s without a corresponding growth in demand, or an effective way to transport via cargo ships those vehicles built in countries far removed from American ports, could also be an economic catastrophe.

The current EV ownership profiles of the oligarchic elite that are highly educated, highly compensated, multi-car families, with low mileage requirements for the familys’ second car, are dramatically different from most vehicle owners that are single-car owners. Mandating a change to EV ownership and forced austerity may face a rebellion from those that need transportation.