Twitter Rejects Musk Offer, So DeSantis and Musk Team Up to Make Twitter an Offer It Can’t Refuse 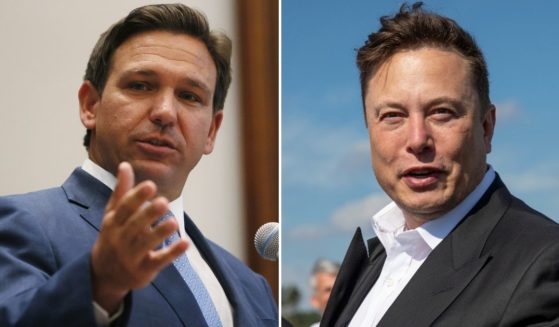 Twitter Rejects Musk Offer, So DeSantis and Musk Team Up to Make Twitter an Offer It Can’t Refuse

Wildly popular Florida GOP Gov. Ron DeSantis and self-made Billionaire and entrepreneur Elon Musk are teaming up to take on one of the world’s most powerful social media platforms.

Musk’s recently announced he would be attempting to purchase 100 percent of Twitter in a bid to create a true free-speech platform. Musk offered to buy Twitter in its entirety at $54.20 per share, a 54 percent premium on the shares’ actual value. Twitter’s board of directors — which has led the company to adopt numerous left-wing-biased censorship policies — has fought back by initiating a “poison pill,” a method of diluting Musk’s shares in order to weaken his current standing.

Recent yet-to-be-confirmed reporting indicates that Musk is about to launch a countermove by teaming up with various additional investors. As it turns out, however, Musk already has allies in ownership. The state of Florida is a shareholder in the company through the state’s pension fund, and DeSantis is currently looking into what actions he can take to thwart the Twitter board’s “poison pill” effort.

According to WJXT, during a news conference on Tuesday, DeSantis announced that a team of lawyers is currently reviewing how the state can hold the Twitter board “accountable for breaching their fiduciary duty.”

It’s important to note that Musk previously used this exact language on Twitter’s platform Thursday, warning that the board may soon face legal repercussions for “breaching their fiduciary duty” to Twitter shareholders.

What Musk didn’t mention at that time, however, was the fact that Ron DeSantis would be the one leading that charge.

“I don’t want to expend resources just to kind of be able to send out a press release or something. I mean, we really want to feel like we have a solid theory to be able to win,” DeSantis said, according to WJXT.

“But I can tell you just looking at it, most of the time the people I talk to would say if you’re on the board in that situation, you really do need to sell. It’s a massive return for your shareholders. I mean, most people and their investment vehicles are not making 20 percent in a year.”

DeSantis went on to claim that Twitter only rejected the offer because of differences in ideology.

If Musk was some crazed leftist hell-bent on censoring more right-wing narratives, would Twitter be rejecting his proposal?

“They know that he will not accept the narrative and that their little play toy of Twitter, it would not be used to enforce orthodoxy, and to basically prop up the regime and these failed legacy media outlets. And so that’s why they did it. It was not, in my judgment, because it wasn’t a good business deal,” DeSantis said.

Aron Solomon  — the chief legal analyst for Esquire Digital — told The Western Journal in an April 11 report that Musk would be attempting to buy the platform within days. Three days later, that prediction came true.

“Like Elon Musk or not, one thing that we know is that he’s able to take things from zero to 60 very quickly, whether it’s SpaceX or Tesla or anything that he wants to do,” Solomon told The Western Journal.

The question now is what will Musk do — especially now with this new alliance?

Michael Austin joined The Western Journal as a staff reporter in 2020. Since then, he has authored hundreds of stories, including numerous original reports. He also co-hosts the outlet’s video podcast, “WJ Live.”