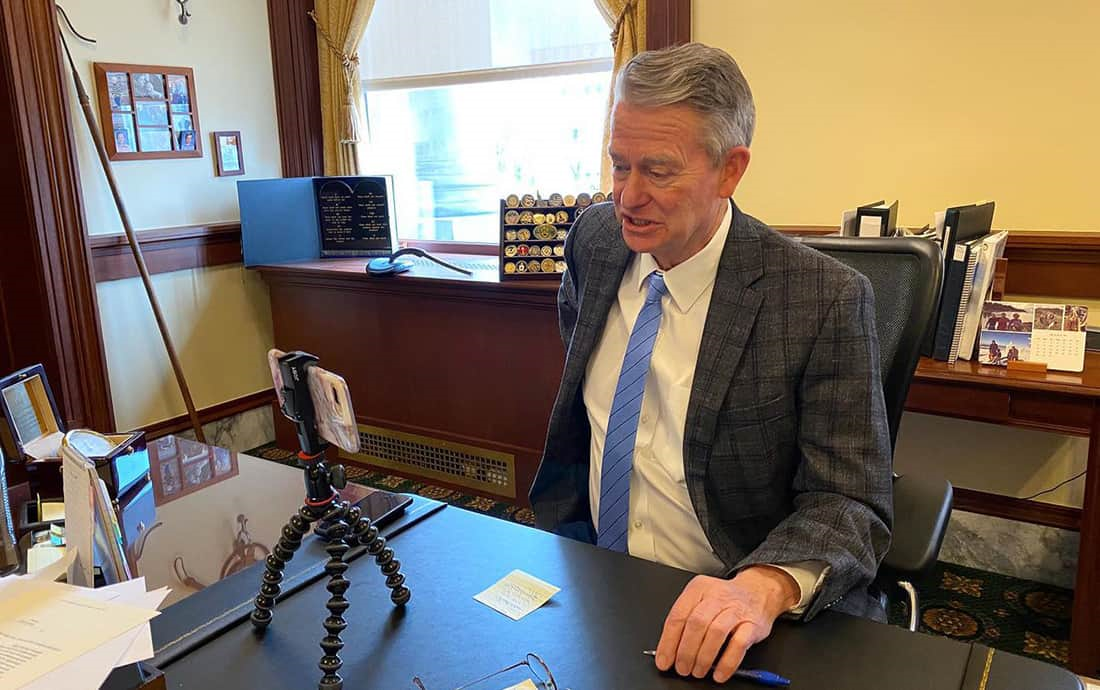 There’s a certain amount of hubris that Gov. Brad Little’s campaign team had to muster up in order to issue the decree that the governor’s tenure is “non-debatable.” After all, that wasn’t some off-the-cuff remark that was released last week when Little bowed out of any debate with his primary opponents. It came in a press release from the governor’s campaign.

Non-debatable? This from the governor who two years ago ordered the complete shutdown of the state’s economy, resulting in mass unemployment and the permanent closure of some businesses. Little’s administration threatened to remove state licenses for businesses if they didn’t comply. Some were fined. A Meridian woman was arrested for taking her kids to a playground. A family from Rathdrum was cited for holding a yard sale. An outdoor church service in Moscow led to multiple arrests.

The governor kept the state in a two-year state of emergency, which Little was supposed to end last week and only under threat of legislative action. During that time, the governor freely rewrote state laws and spent more than a billion dollars without legislative approval.

On education, Little has been silent about the advancement of social justice indoctrination in Idaho’s public schools and college system. Boise State University, Idaho State University, and the University of Idaho ignored a law that required them to cut social justice programs by $2.5 million. Instead, the governor decided to reward the schools with a 7.5% increase this year. Now his State Board of Education is engaged in a hostile takeover of North Idaho College, the one campus in the state where the conservative elected board is pushing back against campus leftism.

The governor had a historic opportunity with a massive surplus this year to reduce the state income tax to near zero, dramatically cut property taxes, and follow through on his campaign promise to eliminate the grocery tax. He opted instead for a measly decrease in the state income tax and one-time tax rebate checks. Much of the rest of the surplus went toward a spending spree that increased the state’s year-over-year spending by an incredible 20%.

The governor boasts about the state’s budget being balanced, as all governors do, but Idaho’s budget is only ever balanced because of funds from the federal government. When Little started his term in 2019, about a third of the state’s budget came from the federal government. It’s around 45% today. The budget is “balanced” on money borrowed from future generations. Meanwhile, Medicaid has become the largest program operated by the state, eclipsing K-12 schools.

Little is also the first governor in state history to violate the state constitution’s clear language requiring him to surrender power to the lieutenant governor whenever he’s out of state.

This governor has a record of government growth and spending, miniscule tax cuts, unfulfilled campaign promises, leftist education system protectionism, and brash exercise of executive authority. These are more than deserving of a public debate.