Earth Day 2022: Past predictions of an imminent environmental catastrophe have all been false 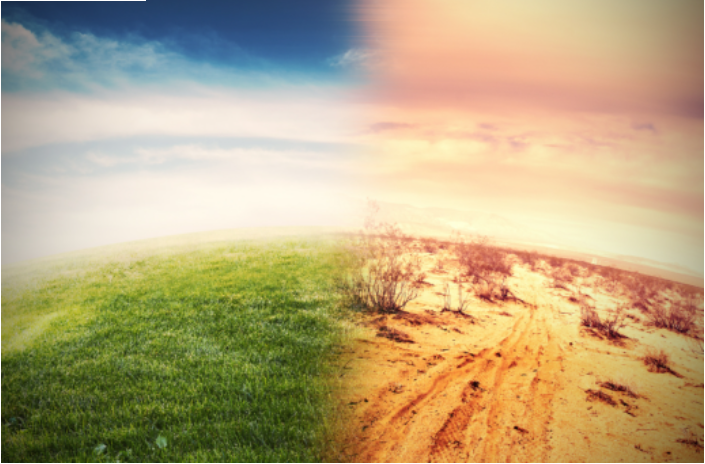 Earth Day 2022: Past predictions of an imminent environmental catastrophe have all been false

Since the first Earth Day was announced a half-century ago, every prediction made about imminent environmental global disaster has proven false. For decades environmental Leftists preached that mankind is destroying the planet and prophesized the end of the world. Climate change alarmists claimed an “existential threat” would soon end life on a global scale unless we repent in time and accept a radical environmental agenda.

A review of past predictions finds the glum statements by media and activists about looming environmental disasters were wrong. In 1970, environmentalists said there would soon be a new ice age and massive deaths from air pollution. The New York Times foresaw the extinction of the human race. Widely-quoted biologist Paul Ehrlich predicted worldwide starvation by 1975.

Fresh predictions based on forecast modeling are spreading more misinformation today, in the hope that past predictions will be forgotten.

2013 – The journal Nature argues that the release of a 50 Gigaton (Gt) methane pulse from thawing Arctic permafrost could destabilize the climate system and trigger costs as high as the value of the entire world’s GDP, arctic ice free by 2015.

2014 – French Foreign minister warned the planet only had 500 days until “Climate Chaos.”

2017 – “The world will face a crescendo of devastating impacts ranging from heat waves to mass migration caused by rising seas… 2020 is the make-or-break point to take action.” The Daily Mail (UK), June 29th.

2019 – Representative Alexandria Ocasio-Cortez said, “The world is gonna end in 12 years if we don’t address climate change.” That prediction will be tested in 2031.

2004 – Climate change over next 20 years could result in global catastrophe costing millions of lives in wars and natural disasters…major European cities will be sunk beneath rising seas…by 2020. The Guardian (UK) February 21st.

2005 – The Guardian (Janos Bogardi): “Rising sea levels, desertification and shrinking freshwater supplies will create up to 50 million environmental refugees by the end of the decade.”

2009 – “…we have a 10-year window, if even that, before catastrophic climate change becomes inevitable and irreversible…the Arctic will be ice-free in the summer of 2013.” HuffPost quoting Sen. John Kerry, October 16th.

1988 – Jim Hansen – in 40 years “The west side Highway (which runs along the Hudson river) will be underwater.”

1969 – Biologist Paul Ehrlich – “We must realize that unless we are extremely lucky, everyone will disappear in a cloud of blue steam in 20 years.”

1970 – By 1989 – some four billion people, including 65 million Americans, would perish in the “Great Die-Off,” Paul Ehrlich, The Progressive, Earth Day edition.

1970 – “[By 1995] somewhere between 75 and 85 percent of all the species of living animals will be extinct.” Sen. Gaylord Nelson, quoting Dr. S. Dillon Ripley, Look magazine, April edition.

1970 – Because of increased dust, cloud cover and water vapor “…the planet will cool, the water vapor will fall and freeze, and a new Ice Age will be born,” Newsweek magazine, January 26th edition.

1970 – “Scientists have solid experimental and theoretical evidence to support… the following predictions: In a decade [1980], urban dwellers will have to wear gas masks to survive air pollution.” Life magazine.

1970 – The world will be “…eleven degrees colder in the year 2000. This is about twice what it would take to put us into an ice age,” Kenneth Watt, Swarthmore University, April 19th edition.

1970 – “We are in an environmental crisis which threatens the survival of this nation, and of the world as a suitable place of human habitation,” biologist Barry Commoner, University of Washington, writing in the journal Environment, April edition.

1970 – “Man must stop pollution and conserve his resources, not merely to enhance existence but to save the race from the intolerable deteriorations and possible extinction,” The New York Times editorial, April 20th edition.

1970 – “By 1985, air pollution will have reduced the amount of sunlight reaching earth by one half…” Life magazine, January edition.

1970 – “By the year 2000…the entire world, with the exception of Western Europe, North America and Australia, will be in famine,” Peter Gunter, North Texas State University, The Living Wilderness, Spring edition.

1972 – Scientific American (Harrison Brown) looked at metal reserves and estimated that humanity would totally run out of copper shortly after 2000, and lead, zinc, tin, gold, and silver would be gone before 1990.

On Earth Day 2022, new predictions will be made about looming environmental disasters. If past experience is any guide, these predictions will be wrong. People concerned about our planet’s future should be wary of statements from activists and other interested groups, to stay focused on real environmental concerns instead of wasting time and scarce public resources on fear-filled predictions that never happen.

Reckless and irresponsible predictions spread misinformation and undermine people’s confidence in scientists, making the public feel it’s been lied to. When scientists and elected leaders lose credibility it becomes difficult to develop smart policies that have popular support, that protect the environment, and which serve the whole community.

It is not enough to point out how often environmental activists and politically active scientists have been wrong. We have to learn from their mistakes. Learning from the past gives us a better understanding of our world and the real threats that face it.

By being skeptical about routine portents of doom, we can stay focused on the real threats that face our planet, and on the reasonable and achievable actions we as a society can take to meet them

Paul Guppy is the Vice President for Research at Washington Policy Center. He is a graduate of Seattle University and holds graduate degrees from Claremont Graduate University and the London School of Economics. He worked for 12 years in the U.S. Congress as a Chief of Staff and Legislative Director. As the Vice President for Research, he writes extensively on tax policy, public finance and other issues. He is a frequent commentator on radio and TV news programs, and in newspapers across the state.