SCOTUS has struck out! – Three strikes is all it gets 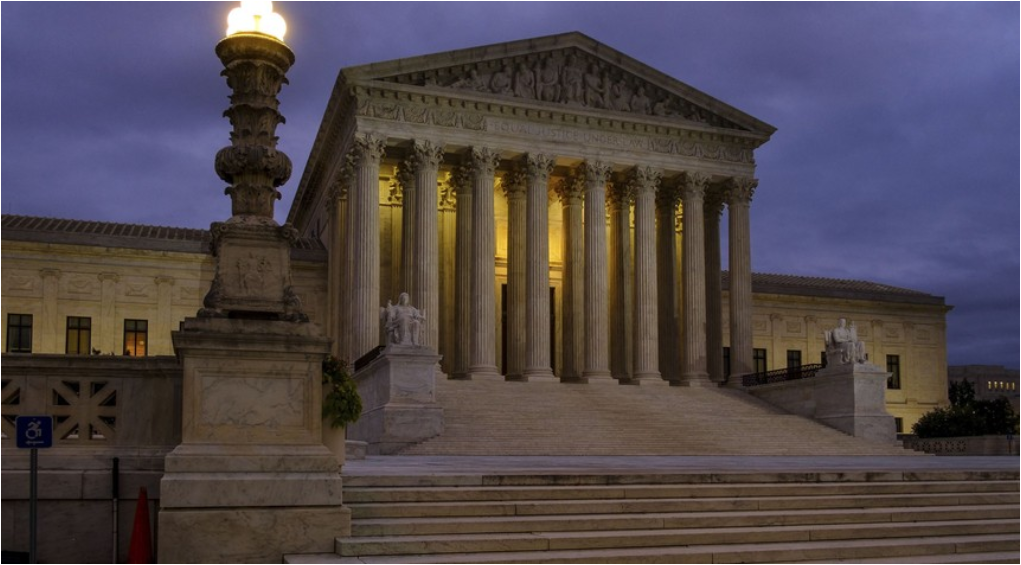 SCOTUS has struck out! – Three strikes is all it gets

Once again, for the third time, SCOTUS ducked what many think is a very important issue in today’s society – the competition between rights established by the Constitution.

In Seattle Union Gospel Mission v. Woods, SCOTUS had the opportunity to address what the decision should be when a case involves:

“… an employment dispute between a religious employer and an applicant who was not hired because he disagreed with that employer’s religious views. “

Justice Samuel Alito wrote an opinion agreeing with the decision of the court not to hear the case but made some interesting statements of which we should all be aware. Justice Thomas agreed with what was written. Justice Alito said the case was about:

“Matthew Woods, a former summer intern and volunteer for the Mission, saw a job posting for a staff attorney position in the Mission’s legal aid clinic. He disclosed to the legal aid clinic’s staff that he identified as bisexual and was in a same-sex relationship, and he asked whether that would pose an obstacle to employment with the Mission. Id., at 181a–182a, 200a–201a. The clinic’s director quoted the employee handbook and explained that Woods was not “able to apply,”….”

The remaining justices also voted not to hear the case but gave us no hint of their thinking because they wrote no opinions. SCOTUS apparently is invisible again. When it denies certiorari the justices rarely express themselves so we have no idea why they think the case is not worthy of their interest. The parties, of course have a dramatic interest in having the issues decided and, in most cases the public wants to know why the justices are given the authority to decide importantly not to decide. Interesting at time in our history when many are demanding transparency but since the Court does not want to reveal itself we remain at the mercy of unelected appointees who can decide not to decide issues like this without fear of being removed. They, of course, can be however no one wants to address this issue, impeachment.

Because the case came to SCOTUS from the state of Washington, as a matter of background, Justice Alito wrote:

“The Washington Supreme Court expressly declined to apply its state employment law exemption for religious entities to this dispute. Instead, it held that if that state exemption applied to employment decisions beyond those involving church ministers, such an exemption would violate the Washington State Constitution’s protection for other individual rights and could become a “license to discriminate.” Because of the interlocutory posture of this case, I concur in the denial of certiorari at this time. But the day may soon come when we must decide whether the autonomy guaranteed by the First Amendment protects religious organizations’ freedom to hire co-religionists without state or judicial interference.”

The “interlocutory posture” of the case just means the Court didn’t think there had been a final enough decision by the Washington Supreme court to merit them addressing the issue. The language Justice Alito used of the “autonomy guaranteed by the First Amendment” is interesting because of today’s concern about the censoring of people and certain information by big tech.

“The First Amendment gives “special solicitude to the rights of religious organizations” to operate according to their faith without government interference. Hosanna-Ta- bor Evangelical Lutheran Church and School v. EEOC, 565 U. S. 171, 189 (2012). In certain contexts, this autonomy requires courts to “stay out of employment disputes involving those holding certain important positions with churches and other religious institutions.” Our Lady of Guadalupe School v. Morrissey-Berru, 591 U. S. ___, ___ (2020) (slip op., at 11).”

“… we have yet to confront whether freedom for religious employers to hire their co-religionists is constitutionally required, though the courts of appeals have generally protected the autonomy of religious organization to hire personnel who share their beliefs.”

“As early as 1872, our church-autonomy cases explained that “civil courts exercise no jurisdiction” over matters involving “theological controversy, church discipline, ecclesiastical government, or the conformity of the members of the church to the standard of morals required of them.” Watson v. Jones, 13 Wall. 679, 733 (1872). That is so because the Constitution protects religious organizations “from secular control or manipulation.”

But in this case the confrontation may be inevitable, as it involves an employment dispute between a religious employer and an applicant who was not hired because he dis- agreed with that employer’s religious views.”

“The Washington Supreme Court’s decision may warrant our review in the future, but threshold issues would make it difficult for us to review this case in this posture. The state court did not address whether applying state employment law to require the Mission to hire someone who is not a co-religionist would infringe the First Amendment. Further, respondent claims that the Washington Supreme Court’s decision is not a final judgment because of its interlocutory nature, see 28 U. S. C. §1257(a), while petitioner contends that we have jurisdiction under Cox Broadcasting Corp. v. Cohn, 420 U. S. 469, 477 (1975). Given respondent’s admission that “there is no prospect that this Court would be precluded from reviewing” these First Amendment questions “once there is a final state judgment,”

So, once again, SCOTUS ducked what many think is a very important issue in today’s society which may further decay the foundation upon which our country rests that our founders were attempting to preserve by their framing of the language of the Constitution. SCOTUS should either do its job or the judges should step down.