Another chapter in the climate war against democracy and prosperity 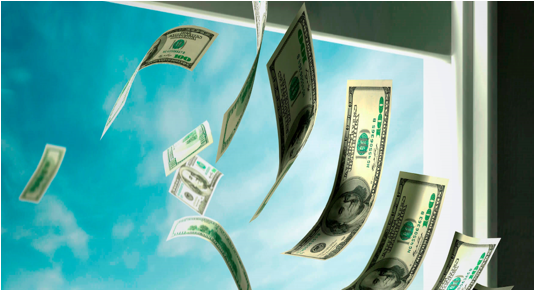 Another chapter in the climate war against democracy and prosperity

Last month the Biden Administration unveiled the latest chapter in its climate war against democracy and Americans’ standard of living. The federal Securities and Exchange Commission (SEC) proposed a series of new regulations on publicly traded companies to disclose “climate-related risks” and impact, each company’s green-house gas emissions, and a plethora of other costly compliance mandates.

The purpose of the new rules on “environmental, social, and governance” (ESG) issues is not subtle. The SEC states it is for “increasing investor focus and reliance on climate and ESG-related disclosure and investment.” The SEC’s enforcement division also promised “the use of sophisticated data analysis to mine and assess information across [businesses], to identify potential violations.”

American capitalism and freedom, fueled by abundant fossil fuel energy, has brought prosperity to scores of millions of Americans and produced the world’s largest middle class. It has been under attack by Joe Biden’s army of bureaucrats and climate supporters. This current example will force the private sector to steer resources where the government demands. To drive home the point, the SEC promises to comb through and sniff out companies in search of violators and apostates to its climate edicts.

Right on schedule, coinciding with the Biden Administration’s actions are the spoiled suburbanite snowflake class of credulous protesters demanding banks and financial institutions divest from oil, gas, and coal companies.

America is well on the way to a Chinese-style “capitalism.”

Step one in Biden’s death march for the traditional energy industry began Inauguration Day when he canceled the Keystone XL pipeline and began restricting oil leases on federal lands. Gasoline prices, naturally, began their steady increase, which was the whole point, despite the fatuous denials by the president and his paid mouthpieces.

In May 2021, Biden issued an executive order calling on federal agencies to assess the financial industry for “climate-related financial risk” for the purpose of defunding energy companies. The Committee for a Constructive Tomorrow (CFACT) published my report on the ominous implications of this order, not only in higher cost of living, but in the freedoms we enjoy as Americans.

In keeping with this order, the SEC regulations are the latest undemocratic and dishonest climate policy to be foisted on Americans. Neither the American voter nor his representatives in Congress voted for this. As U.S. Senator Pat Toomey (R-Pa.) stated, Congress never voted to give the SEC the authority to regulate businesses on the basis of supposed climate risk.

Biden and his “climateers” are all about raising the price of oil, coal, and natural gas to force Americans into other expensive energy sources they claim are better for the planet, regardless of how fanciful. Accordingly, these latest mandates on the private sector are another nail in the coffin of the American fossil fuel industry meant to accelerate the climate change enterprise’s fantasies of windmills, solar panels, and electric batteries running America.

The Biden energy price-hike plan was working, well before the war in Ukraine. What the administration climate geniuses overlooked was the economic reality that energy price increases never occur in isolation. Rather, they have a ripple effect on everything else, including higher-cost food, travel, utilities, transport, rent, clothing—you name it.

The worst inflation in 40 years, which I predicted, now threatens the climate agenda itself and the political fortunes of its instigators, starting with Biden. Their response is not to retrench or slow down. Instead, it is threefold: 1) blame Russian tyrant Vladimir Putin for invading Ukraine; 2) beg hostile countries to pump more oil, rather than use America’s own energy resources, which confirms their climate fallacy; and 3) blame business for “price gouging,” which somehow they never bothered doing before Biden became president.

Which brings us back to the SEC climate regulations. Large corporations, in cahoots with government regulators, don’t mind such intrusiveness because their size enables them to absorb the costs while their less favored competitors and smaller businesses get squeezed out. This is especially true in this case for companies that produce or sell solar panels, wind turbines, and batteries for electric vehicles. They are all in since they are the beneficiaries of the government forcing private investment toward them and away from fossil fuel producers.

Forcing publicly traded companies to examine their impact on the climate amounts to an absurd guessing game and an inexorable defunding by banks and investors of energy companies that produce oil, gas, and coal, which is well under way. Investors will shift away from such businesses that threaten their portfolios’ regulatory compliance. Companies out of favor with the Biden regulators, in turn, will produce less domestic energy, exacerbate inflation for every American, and shift more operations overseas resulting in fewer American jobs.

These new SEC regulations are the latest step in Biden’s climate-policy war on the American middle class and poor—a war at the behest of his party’s fanatical climate financial supporters obsessed with killing traditional energy.

America, you’ve been warned. This stealthy government approach is as undemocratic as it gets and is costing every non-wealthy American dearly in finances and freedom. All the while, the planet’s climate will not stop changing.