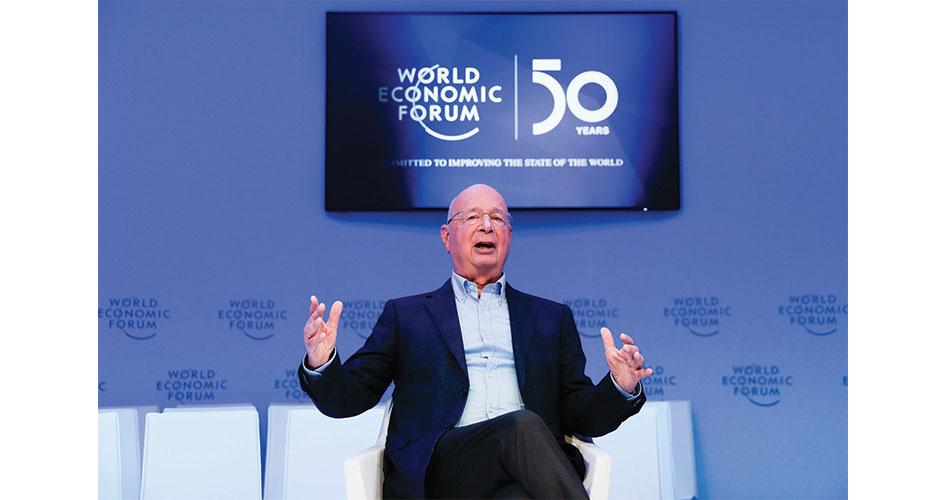 “You’ll own nothing. And you’ll be happy.” You will recognize that claim from the opening statement in the now-infamous propaganda video from the World Economic Forum (WEF) entitled “8 Predictions for the World in 2030.” But the WEF’s promised happiness will only come about through a global, wrenching, revolutionary process that WEF founder Klaus Schwab and the Davos elites call the Great Reset. All of human society must be “reset,” “transformed,” say Schwab and company. They mean for our entire world to be completely reset (i.e., totally remade) politically, economically, socially, biologically, technologically, morally, and spiritually.

The schemes of Schwab would be dismissed as the mad ravings of a ridiculous comic-book villain — except that his WEF coterie includes several hundred of the world’s wealthiest individuals, most powerful political leaders, and most famous influencers. If they have their way, you will own nothing. Happiness? Umm, not so much. But ownership will not cease in the post-2030 world. Klaus Schwab, Bill Gates, Warren Buffett, Lawrence Fink, David Rubenstein, and the rest of the WEF billionaires continue to accumulate their mansions, megayachts, luxury private jets, estates, and portfolio holdings — while lecturing the rest of us on our duties to downsize our lifestyles and sacrifice, for the sake of the planet. You will own nothing. They will own everything — including you!

A crucial component of the Great Reset’s schemata for global social-political-economic control is the adoption of Central Bank Digital Currencies (CBDC), a cashless, digitized monetary system that would bestow on governments the power not only to create unlimited “money” with a computer keystroke, but also to surveil your every transaction. Moreover, it would give governing authorities unprecedented powers to “cancel” you, to wipe out your digital savings, and/or your permission to buy-sell-rent, should you engage in political dissent or thought crimes.

An even more terrifying picture of where the CBDC plan would take us is provided by the Big Brother surveillance state of Communist China’s “social credit” system. This is not paranoid speculation: Two of the WEF’s top CBDC advocates are Chinese Communist Party (CCP) apparatchiks. Zhu Min, deputy managing director of the International Monetary Fund, was born and educated in China; received advanced degrees from Princeton and Johns Hopkins; held senior positions at the Bank of China, People’s Bank of China, United Nations, and World Bank; and remains chairman of China’s National Institute of Financial Research. Xiandong “Eric” Jing is the executive chairman of financial services firm Ant Group, an affiliate of China’s giant e-commerce Alibaba Group, which the CCP officially took over in 2019. Jing serves as a senior advisor to the World Bank, the IMF, the UN, and the WEF. CCP minions Zhu Min and Xiandong Jing are two of the members of the steering committee for the World Economic Forum Digital Currency Governance Consortium.

However, the WEF and its financial institution partners — the Bank for International Settlements, the U.S. Federal Reserve, the IMF, the Bank of England, BlackRock, the Bank of China, etc. — have been working on the CBDC plan for several years. They formally brought this into the open in January 2020. “Central bank digital currency (CBDC) has risen to prominence as a potential solution to multiple challenges such as financial inclusion and payment system efficiency,” a WEF press release stated on January 22, 2020.

On March 9, 2022, while world attention was fixated on Russia and Ukraine, President Joe Biden signed an executive order on “Ensuring Responsible Development of Digital Assets.” “My Administration sees merit in showcasing United States leadership and participation in international fora related to CBDCs and in multicountry conversations and pilot projects involving CBDCs,” the Biden executive order states. It pretends to be merely ordering exploration and study of CBDCs, but the reality is that Deep State operatives are racing ahead to force a CBDC upon us.

Lawrence Fink, a veteran WEFer, pro-China member of the globalist Council on Foreign Relations, and CEO of BlackRock, the world’s largest asset manager (overseeing $10 trillion), is on board with the CBDC agenda. In his March 24, 2022 letter to shareholders, he noted that “a less discussed aspect of the war is its potential impact on accelerating digital currencies.” “A global digital payment system, thoughtfully designed, can enhance the settlement of international transactions while reducing the risk of money laundering and corruption,” said Fink.

No, Schwab, Biden, Fink, and their ilk know full well that CBDCs are the path to Central Bank Digitized Communism. That is precisely why they are promoting them so furiously.