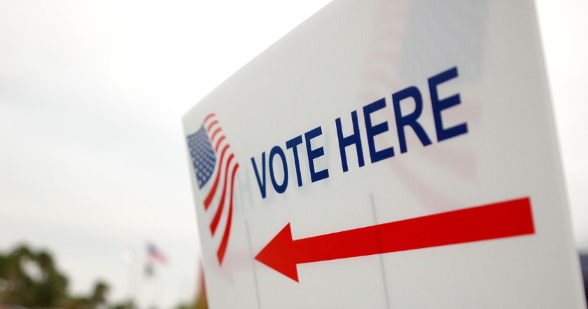 Last month, I wrote on ERIC, the 30-state membership organization created with Soros Money in 2012, ostensibly for voter roll maintenance.  The article was titled, “ERIC, the Backbone of the Steal”, because the very structure of the organization gives rise to huge potential for voter fraud.  The article appeared on americanpolicy.org and 100percentfedup.com, if you would like to refresh or add to your understanding of the subject.

Since the first piece came out, I have been struggling to write more on election fraud, but was overwhelmed daily by the sheer volume of information/evidence that has come out. I tossed the first five drafts and tried to pare this one down to the basics – which has still left me with a LOT of information to unpack.  Bear with me, please.  Understanding the inner workings of the Electronic registration Information Center is essential if we are to be effective against it in the months ahead.  And, we cannot say it enough, if we cannot secure the ballot for this upcoming November, 2022, midterm we will have lost our republic and the freedoms we cherish.  There will be no second chances. HONEST ELECTIONS, WITH SECURE BALLOTS ARE THE LIFEBLOOD OF OUR FUTURE AS A FREE NATION.  Yes, all caps equates to yelling, and that’s what I’m doing.

It IS that important!

Let’s face the facts.  Election fraud has been going on for decades and we have known about it, but we have ignored it.  Didn’t seem to be important, really, that some state had more voters than residents in several counties, or that ballots for the elderly were filled out and returned, without their knowledge.

We brushed off all the research from Judicial watch, Real Clear Politics, the Public Interest Legal Foundation (PILF) and others – until the night of Nov. 3-4, 2020, when what we saw in real time finally made election FRAUD become FACT in front of our own eyes.  On our TV screens, we watched vote tallies move backwards or register in fractional votes.  We heard odd reports of pizza boxes covering windows and broken water mains in counting centers.  People slowly began to awaken.

Experts came out of the woodwork to dissect the happenings of that night, and held court for weeks, as affidavits and videos of irregularities poured in.  Most of the focus at the time was on the Dominion machines and their world-wide connectivity.  With what I have learned since, I now believe that the ERIC system was part of the coup; hardly anyone, myself included, had heard of ERIC then.  Now, teams of investigators have unearthed reams of evidence, of irrefutable proof of irregularities, of dark money, of hired ballot runners and poll workers, of thousands of cartons of ballots brought in from ineligible sources, et al.  A LOT of the highest profile cheating occurred in ERIC member states.

All of this has created blow back from those states.  This begs the question, of course, that, if not involved with the fraud, then why bother to complain about those who are writing about it?  The responses from state election officials and Secretaries of State ranged from the emotional to the calculated.  One Secretary of State begged an underling to “make this nightmare (of investigation into ERIC) go away”.  Several denied the Soros connection (and that disproves fraud how?) and several more just said we were “misinformed” or just plain “wrong”.  The response of an honest user of the ERIC databases would have been to show with the number of ineligible voters that their state had cleaned off of their rolls, as is the law.  So simple!  Those numbers were only posted on the website of one state election group that I could find, out of the thirty members who use the system.

Instead, this group of election officials, posturing against any and all who dared question their system, made themselves look bad.  All their blather just made me want to look harder.  So I did, and I present this to you today.

If some of the member states do not actually understand the fraud potential in the ERIC constructs, as J. Christian Adams of PLIF thinks possible, then they need to demand answers form their ERIC board, or withdraw their state from membership.   But, only Louisiana has actually quit their ERIC membership.  This, as the result of a suit brought against their Secretary of State, Kyle Ardoin.

On Jan. 27, 2022, the Secretary of State of Louisiana, Kyle Ardoin, put out a carefully crafted news release, saying that his action (of suspending membership in ERIC) “comes amid concerns raised by citizens, government watchdog organizations and media reports about potential questionable funding sources and that possible partisan actors may have access to ERIC network data for political purposes, potentially undermining voter confidence.”

“While Louisiana joined ERIC under my predecessor,” Ardoin went on, “we did so under the impression that it would enhance the accuracy of our voter rolls and strengthen Louisiana’s election integrity.  After reading about these allegations and speaking with election attorneys and experts, I have determined that it may no longer be in Louisiana’s best interests to participate in this organization…My job is to ensure that the data (which) the voters entrust to my office is protected.  I look forward to ERIC’s swift response to these allegations.”

The cause of Louisiana’s resignation, as I said, was a lawsuit brought against Ardoin by the Public Interest Legal Foundation (PILF), for “failure to permit inspection of voter list maintenance records, including data the state received from the Electronic Registration Information Center, ERIC.”  The case cites the provisions of the National Voter Registration Act (NVRA) of 1993, in which provision of these records to the public is required upon request.

Personally, I would like to see states take the same hard look as Ardoin has been forced to take, without legal action to force the issue.  Here is where the citizens can make it happen.

Now, I want to turn back to ERIC and its constructs, and just how they have incredible potential for fraud in our voting process. In addressing these, I have quoted heavily from their own website, https://www.ericstates.org.

I want to add a postscript, up front, for a change.

The national attention began to turn to ERIC with the Louisiana lawsuit, and the following series of four articles by the Gateway Pundit, late January – February, 2022.  I bring this up because at least part of the ERIC website had a rewrite as recently as Feb. 8, 2022.  Number 15 on their FAQ list directly addresses the culling of the rolls, and references an article published in the media, Jan. 23, 2022 – by title.  Easy to look up.  Prior to that, neither I nor anyone else looking closely into the subject, could find any specific requirements to cull ineligible voters from the lists.  This #15 seemed to be in response to such accusations, but even then said that The member states who were subject to the NVRA law were required to cull.  I saw no direct requirement coming from ERIC, even here.

So, what is actually mandated of ERIC members?  Again, from their website:

1)”Within 60 days of (joining) and at least every sixty days thereafter, the Member shall transmit all inactive and active voter files (excluding those “confidential” ones) AND all licensing records of the state’s motor vehicle department  –  which would necessarily include green card holders and id card recipients!  Green card holders are permanent NON-CITIZEN residents, and ID cards have been being given to illegals, and under-aged residents nationwide for years.  So, now we have lists being constantly submitted containing citizens and non-citizens alike, eligible and non-eligible voters as well.  Taking all of this mangled  information, ERIC’s computers add USPS and Social Security data, and provide four lists back to the states:  those who have moved in-state; those who have moved to other ERIC states; those with duplicate registrations in state; and those who are deceased.

The important thing to note is that ALL of these names are mixed together:  citizens, non-citizens, living, dead, and non-residents.  The ERIC mandates only ask that a state “must request at least one of these reports at a minimum of once a year.  NO mandate to do anything else.

2)”At least every two years member states are required to send voter registration information to potentially eligible residents who are not registered to vote.”  If they use the mangled batches of data, how is a state supposed to now who is potentially eligible?  Better just send it to all, I suppose.  Invite every name on the list to register.  It is stated that “Prior to conducting the mailings, states review the data to remove any known ineligible individuals.”  No mandate that they MUST do so, just a statement saying that they do.  But, as grandma used to say, “saying so don’t make it so.”

All of the mandates of the Eric organization seem to revolve around registration, not maintenance.  But there is one more thing that sets off alarms for crooked doings.

Beneath all of the constructs of ERIC, is David Becker, who helped the Pew Charitable Trust with the Soros grant, to organize and found ERIC, in 2012.  Becker has been termed a “hard-core leftist who couldn’t stand conservatives,” and “very unethical and unprofessional by those who worked with him at the DOJ in the early 2000’s.  Please go to https://www.influencewatch.org to see the story behind Becker’s unethical dealings as a trial attorney in the DOJ Civil Rights Division, and the comments by Hans van Spakowsky and Brad Scholzman, acting head of the division at the time, who worked with Becker then.  Personally, I wouldn’t trust Becker to do anything where it involved honesty, let alone control the voter rolls of 30 states.

Becker never denied any of the claims against him, which caused his firing in 2005.  He said only that no charges had been brought.  Which, to me, only means that another liberal got out of a crime with no penalty, which has been more and more the case to this day.

Becker still sits on the ERIC Board of Directors to this day.  Just sayin’.

In the next few weeks, I will talk about the fraud that is surfacing and being proven in each ERIC state:

If you have been following the breaking news, there is quite a LOT to unpack, so stay tuned.  If you are a resident of any of these states, my very next article will be how to secure the vote in your states by organizing and acting on a local level.  However you have ever voted, fraud invalidates your choices.  Know that, please, and work together.  I believe that after years of being divided, we can still come together on this one fundamental of maintaining our freedom.

Kat Stansell is the Grassroots Outreach Director for the American Policy Center. A native of Cincinnati Ohio, and graduate of Denison University, Kat served the Village of Mettawa, IL, as treasurer and chair of the Planning Commission, where she got a good look at the process of civic vs. corporate interaction. She has been a local activist, working for several candidates and organizations. She has also written for newspapers and websites, and organized events highlighting issues of the day.