The Electoral Count Act Is Unconstitutional 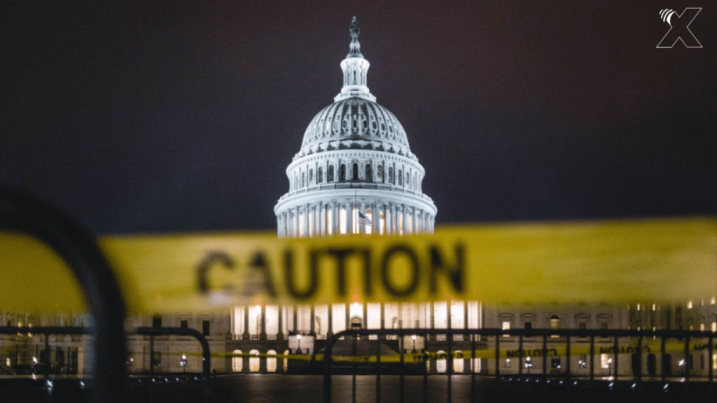 The Electoral Count Act Is Unconstitutional

Like many other “bipartisan” activities, this is more show than substance. The Electoral Count Act has no constitutional force, nor would any law replacing it have constitutional force. The episode exemplifies how Congress wastes time on matters of relatively little significance, while failing to deal with much larger problems—such as inflation, our crumbling southern border, and America’s slide toward bankruptcy.

This essay explains why the Electoral Count Act has no constitutional effect. Before proceeding further, the reader should note two things:

First, this area of constitutional law is little known, even among constitutional lawyers. The subject is not taught in college or law school courses. (Professors and textbooks prefer to focus on hot-button issues such as race.) However, the rules mentioned here are supported by a long string of decided cases.

Second, this subject tells us something about the Jan. 6, 2021, controversy over the 2020 election. I do not agree with the Trump campaign’s claim that Vice President Mike Pence could halt the electoral vote unilaterally. But I must admit that the claim was not as outrageous as many people say: Because the Electoral Count Act is unconstitutional, the vice president and Congress were free to disregard it.

As I explained in a previous essay, the Constitution consists largely of grants of enumerated (listed) powers. Those grants run from the American people to a variety of officials and entities. The most famous example is the list of powers granted to Congress in Article I, Section 8. The document includes many other enumerated powers, including powers granted to Congress.

In addition, the Constitution grants Congress—again, operating under special rules—responsibility for overseeing the electoral vote count. Some special rules for that occasion are that (1) Congress meets as a unilateral body, in joint session and (2) the president of the Senate (i.e., the vice president) presides. The 12th Amendment describes the procedure:

The Electors shall meet in their respective states … and they shall make distinct lists of all persons voted for as President, and of all persons voted for as Vice-President, and of the number of votes for each, which lists they shall sign and certify, and transmit sealed to the seat of the government of the United States, directed to the President of the Senate; – the President of the Senate shall, in the presence of the Senate and House of Representatives, open all the certificates and the votes shall then be counted . . . .

The apparent purpose in having all members of Congress in one place is to serve as witnesses, adjudicators of objections, and certifiers. Just as each state certifies its own results, Congress certifies the national results. Notice that when serving this function, Congress is not acting as a legislature. This is one of several occasions in which it acts as an executive—much like a state elections officer. Because Congress is not acting as a legislature, the president does not sign or veto Congress’s decision.

The same is true when state legislatures and Congress act in the amendment process. A very long line of cases—from courts at every level—says that neither federal nor state law dictates the conduct of that procedure. At most, a statute may serve as an optional guideline that those performing federal functions may choose to follow (pdf).

The Electoral Count Act is Unconstitutional

Now we arrive at the question of whether the Electoral Count Act binds Congress when it tallies electoral votes.

There are several problems with giving this statute binding effect. One is that it provides that objections to electoral votes are decided by each house of Congress separately. This violates the Constitution’s mandate that when overseeing the Electoral College tally Congress acts unicamerally—that is, in joint session. The difference is important: Acting unicamerally gives the Representatives, apportioned by population, more power than Senators, apportioned by states.

But by far the most important problem with the Electoral Count Act is that any law governing this “federal function” simply has no effect.

Implications for the Jan. 6, 2021, Election Controversy

During the controversy over the 2020 presidential election, the Trump campaign, and in particular its counsel, professor John Eastman, argued that the vice president could postpone the electoral vote count for a few days to allow investigations in disputed states to proceed. Eastman and other Trump advocates have been criticized widely for this. One reason is that their proposal meant skirting the terms of the Electoral Count Act. (Incidentally, you wouldn’t know this from how the media treat him, but Eastman—unlike nearly all his critics—is a respected constitutional scholar.)

As we have seen, however, the Trump people were on solid ground in assuming the Electoral Count Act did not bind Congress. Their error lay in assuming that the vice president could act alone: In fact, any ruling he made could, and would, be reversed by a simple congressional majority.

Implications for the Future

There’s no reason for members of Congress to write a new Electoral Count Act, or repeal the old one, at the expense of more pressing business. The current law is not binding anyway.

There may be value in suggesting to future Congresses an optional procedure for counting electoral votes. Congressional leadership might, therefore, direct staff members to write a new joint rule that each future session can accept or reject.

This essay was first published in the March 14, 2022 Epoch Times.

In private life, Rob Natelson is a long-time conservative/free market activist, but professionally he is a constitutional scholar whose meticulous studies of the Constitution’s original meaning have been repeatedly cited in U.S. Supreme Court opinions and published or cited by many top law journals (See: https://i2i.org/author/rob/) He co-authored The Origins of the Necessary and Proper Clause (Cambridge University Press) and The Original Constitution (Tenth Amendment Center). He was a law professor for 25 years and taught constitutional law and related courses. He is the Senior Fellow in Constitutional Jurisprudence at Colorado’s Independence Institute.