The Marxist Socialist Network the Government Built In Idaho 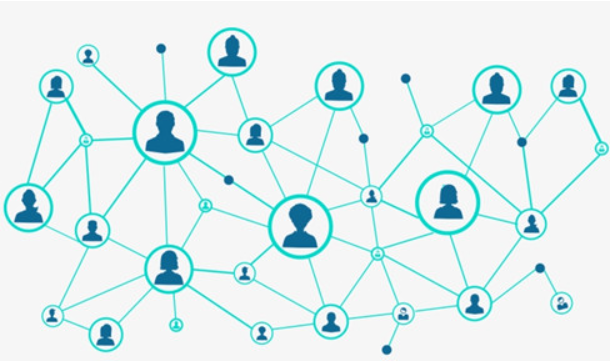 The Marxist Socialist Network the Government Built In Idaho

Recently, in response to a FOIA request of the City of Boise, Idaho, Casey Whalen of North Idaho Exposed received a treasure trove of emails that give an inside look at the coordination of messaging among the leftist groups that are involved in refugee resettlement.  You can view the emails in the raw format or you can view a formatted report on the emails.

Tara Wolfson of the Idaho Office of Refugees saw the press release and immediately contacted the Western States Center (WSC).  She spoke with Lindsay Schubiner, one of the Program Directors for WSC. Schubiner suggested to Tara that she coordinate with her contacts for conference call.   WSC offered to facilitate the call.     Their objective was to steer the public narrative away from the fact that the four male teenagers were refugees who had been resettled in Boise.  A further concern was that any discussion of the refugees being Muslim had to be shut down to prevent the story from attracting national attention.

Interestingly, the story of networked media manipulation (propaganda) revealed in the emails is the rest of the story for a similar episode involving refugees that occurred in Twin Falls, Idaho in 2016.  That story began in June of 2016 and continued on through the end of 2016.  It was covered by local, national and international news by both mainstream news and internet media – large and small so Tara Wolfson’s panic was not without good cause.

At the time of the Twin Falls story, The Voice of Idaho News – TVOI News (now defunct) was a source of information about the issue locally.   The focus of the TVOI coverage was on lies and distortions of the news coverage of the incident and on the refugee resettlement system itself.  The most shocking part of the story was how defensive the local RINO politicians were of the program.  Refugee resettlement costs the taxpayers a lot of money and it is by definition a cultural cannibalization of rural America but none of supporters wanted to talk about that.

Stated simply, the refugee resettlement system is about the State Department running rat lines of foreigners who were insurgents in their own countries and they were quietly dumping them in our small rural communities.   I was unfamiliar with the term at the time, but the State Department’s program of refugee resettlement is irregular warfare and it was being waged against American Citizens in our own country by a diseased branch of our own government.

The story about refugee resettlement and facilitation of mass illegal migration across the southern border has been discovered bit by bit over time.  Because of that, it’s necessary to put these stories into a bigger picture context by giving some background on the State Department and their new mission following the end of the Cold War in the early 1990s.

Simply stated the organizing principle of the State Department for 50 years had revolved around the nation-state conflict of the Cold War.  At the end of the Cold War, nation-state diplomacy ended so the State Department had to define a new mission. The new mission was find, develop and maintain local constituencies to promote and support global issues.  The global issues that the localized constituencies were to promote were:

Country Within a Country

On February 26, 2015, a woman named Sue Payne, co-host of the Pat McDonough Radio Show on WCBM did an interview with Mark Levin[2].  It was posted on McDonough’s webpage.   The following is the interview:

Use Up/Down Arrow keys to increase or decrease volume.

In September of 2015, the Twin Falls Newspaper sponsored a community forum on refugee resettlement to provide the opportunity for a State Department official to try and throw up smoke around the issue of refugee resettlement to try and calm the citizen hornets who opposed the program.  Larry Bartlett, the Director of State’s Office on Refugee Admissions, Bureau of Population, Refugees and Migration told me right to my face at the Meeting Before the Meeting, American’s Don’t Count.  Only the safety and well-being of the refugees count.  Put that into the context of the conference call with Obama that Sue Payton reported.

Here is a link to the coverage of the Community Forum.

The localization of global issues is the schism that is tearing the country apart.

Updated 4/6/2022 to include the report format of the emails.

1 The original article from which the Tim Wirth video was extracted was
State Department’s New Mission: Coup d’etat, February 27, 2016.

2 The original article from which the Mark Levin interview of Sue Payton was reported was Boise: “A Welcoming Community”, March 5, 2015.