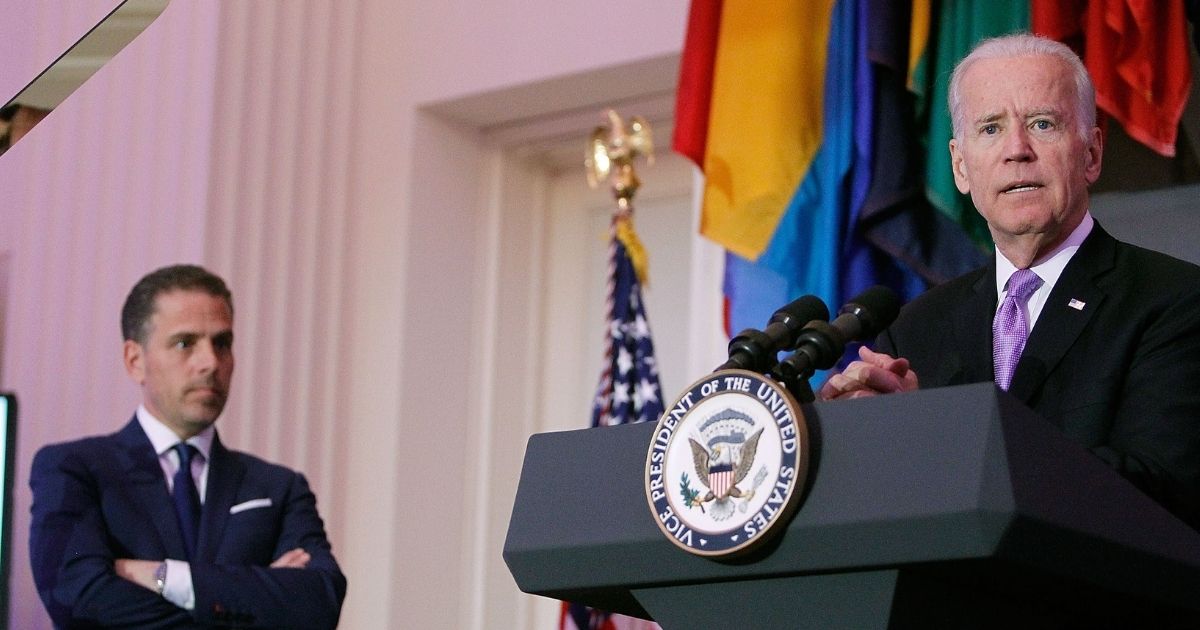 The investigation into Hunter Biden’s abandoned laptop seems to be swirling ever closer to the president himself as a grand jury begins seeking to identify “the big guy” mentioned in Hunter’s emails.

In October of 2021, the New York Post published excerpts from a book that details the information gleaned from a laptop that Hunter Biden abandoned at a computer repair shop in Delaware.

The paper went on to report that someone identified as “the Big Guy” expected a 10 percent cut from the deals Hunter made. It was suggested that this “big guy” who expected kickbacks from his son’s shady deals in Ukraine, China and other places where Hunter sold the influence of his father’s name was none other than Joe Biden himself.

The “big guy” claim was made in an email written by Hunter Biden business partner James Gilliar, who had outlined a proposition of payment of equity in a company created for a joint venture with CEFC China Energy Co.

The line in question noted that ten percent would be “held by H for the big guy.”

Now, as a grand jury is looking into Hunter Biden, a witness was asked to identify just who “the big guy” is, according to the New York Post.

The Post went on to hint that the grand jury question came after the information about James Gilliar’s email was introduced during the secret proceedings currently being held in Wilmington, Delaware.

It has also been reported that former Biden business partner Tony Bobulinski alleged that the “big guy” was Joe Biden and any deals made by Biden’s extended family members would commonly include a percentage of the proceeds going to Joe Biden as a kickback.

Joe Biden has repeatedly told the American people that he has no knowledge about Hunter’s business deals, that he never spoke to Hunter about any of them, and that he was not involved in any of Hunter’s deals.

But Bobulinski added, “I have heard Joe Biden say he has never discussed his dealings with Hunter. That is false.”

Bobulinski noted that he knew things were shaky because he was warned not to mention Joe Biden being involved in any of Hunter’s dealings.

News of the documents on the laptop led one George Washington University Law School professor to say that it was clear to him that Joe and Hunter were selling Joe’s influence as vice president.

In July of last year, professor Jonathan Turley bemoaned “the concerted and often embarrassing blackout in the media on stories involving Hunter Biden’s influence peddling during his father’s tenure as Vice President.”

“That includes the burying of the laptop story and the growing contradictions over his father’s denial of any knowledge or involvement in his shady business dealings,” Turley added.

“Even recent reports that Hunter may have paid prostitutes with his father’s account were blacked out by mainstream media which exhaustively pursued any story related to the Trump children and their dealings and life styles,” Turley lamented.

“But, again, I want to just be really clear, these are actions by Hunter and his brother,” Klain told ABC’s George Stephanopoulos.

“They’re private matters. They don’t involve the president. And they certainly are something that no one at the White House is involved in.”

Granted, we do not have definitive evidence that “the big guy” mentioned in the documents on Hunter’s laptop is Joe Biden. But the investigation seems to be swirling closer to the president with every revelation. And clearly, Biden’s representatives are scrambling.