The Truth About Citizenship 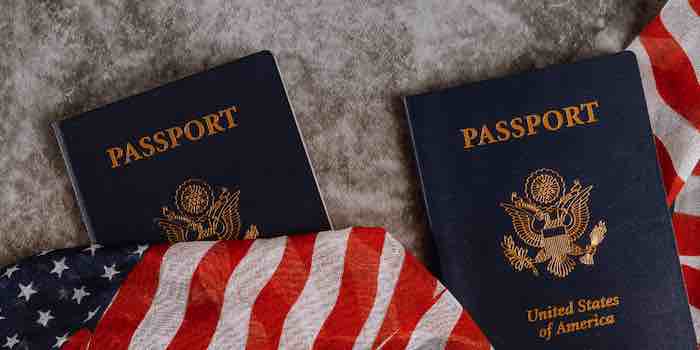 That’s why constitutional education is so important.  If we don’t understand the U.S. Constitution we will not be capable of restoring the republic as it was originally constitutionally designed.

The Truth About Citizenship

America’s government was never supposed to be a national government.  We are a federation of states, therefore, we have a federal government.  The United States is a union of states of which the original member states recognized that their individual sovereignty was essential to the concepts of localism and liberty.  On their own as individual and separate entities they were not strong enough to exist in a world of empires and oligarchies.  The former English Colonies, once they achieved their independence from the British Empire, decided to band together as a single force for the purpose of their “common defense” and so that the new central government could handle the issues that a national type of government typically faces.  It was an attempt to seek balance.

Demonization of the concept and word “citizen”

A central government is necessary for a country to successfully navigate the waters of a worldwide arena of nations.  But, fearful of having a national government because such centralized systems tend to become tyrannies, the delegates of the Constitutional Convention of 1787 decided to make compromises that would enable the States to retain their sovereignty when it came to internal issues, while uniting together under the federal government for issues of an external nature, ones that concerned the union as a whole, and to ensure the preservation of the union through federal mechanisms that could settle disputes between the States and enable the country’s citizens to remain in communication with each other (postal system).

At that time Americans became a part of a unique experiment that mixed the various systems of history into a mixed constitution.  The people on the Atlantic Coast of the New World would be both sovereign citizens, yet members of their States.  They were citizens of their States and citizens of the union called The United States of America.  Their States would also enjoy sovereignty, while simultaneously being members of the union, and as such would also have a voice in the law-making process (U.S. Senators were originally appointed by the State Legislatures) as a part of a network and series of mechanisms of oversight the States had over the new federal government created by the Constitution.

It has worked beautifully.  Due to the exceptional (exception to the rule) nature of the republican form of government in the United States the country expanded ultimately into a world power, and a shining beacon of liberty for those around the world to emulate.

Our American System has been under attack by those who support the presence of a ruling class and collective hivemind for over two hundred years.  The Constitutional provisions and principles in place have been chipped away, slowly turning our republic into a democracy with the ultimate goal of ushering in a centralized oligarchy populated by enslaved subjects.  In response to the slow journey of our system from that of a federal government to a national government a Sovereign Citizen Movement has been traipsing through our country.  I recognize the plight of our country, and the concerns of those involved in the Sovereign Citizen Movement, but I am not sure their aim is true, nor does it have the ability to be as effective as they claim.  Sovereignty can be a good thing, but taking it to the extreme of anarchy might not be.

At the center of the movement is their demonization of the concept and word “citizen”.

To be a citizen, they teach, is to be subject to a high governmental power, which is, as they explain, “the antithesis of true liberty”.

If you live in a country, you essentially serve the government, or it serves you

If you’re sovereign, you are without a country, and all of the immunities and privileges that go along with citizenship is completely up to you.  While you may group yourself with other sovereigns for safety, becoming a sovereign citizen is much like jumping out of a vehicle and standing in front of it as it speeds toward you with the belief that if you are outside the vehicle and standing in front of it you somehow have a better chance of changing its direction or stopping it.  In the end, despite the best of intentions and the hard work of putting all of your calculations on paper, you will likely be just another statistic as the vehicle hits you and rolls over your body.  As a social creature we form groups, and for the purpose of strength and the ability to defend ourselves we have historically united into countries to achieve such stability.  The reality is, if you are going to have a country, the country needs a government.  It’s a necessary evil that, once in place, can take care of the internal order of the country.  As a member of that civilization, one may possibly rise to a position of authority or power if the reigning hierarchy is one of a ruling elite.  Or, one may become a representative that consciously tries to adhere to the voice of the people or the rule of law, or some kind of combination of both if it is a democracy or a republic.  If one is not a holder of political office, then, depending on the type of system, one might be a citizen, a subject, a slave, an indentured servant, or possibly something else depending on the system in question.  On that list, the only non-office holder title that is not expected to serve the system as a serf, prisoner or someone who is enslaved would be that of “citizen”.

So, why would the word “citizen” fall under attack if it is the title of, according to a number of persons in history, the highest political office of the land?  If you live in a country, you essentially serve the government, or it serves you.  Citizen is the only title on the list in which the country’s government serves the people.

In short, if one is to have a government, you are either a citizen, or you are a subject (or some variation, thereof).

I believe a bunch of well-meaning folks, like those of the sovereignty movement, have fallen for a PsyOp being perpetrated by the enemies of liberty.  They know that if you aren’t a citizen, you are either an undefended sovereign, or an enslaved member of society such as “subjects” were in Europe as America was finding its way to liberty through revolution, The Declaration of Independence, and the United States Constitution.

In Article I, Section 2 of the United States Constitution the House of Representatives was established to be the voice of the “People of the several States” in the new federal government that was being formed by that founding document.  Article I, Section 7 gives the power of the purse-strings to those representatives of the people in The House of Representatives.  Article I, Section 8 provides for Congress the authority to establish rules for naturalization so that other people may become citizens of the country.  Article I, Section 9 laid out that direct taxation by the central government against the individuals of the country was unconstitutional, and therefore, unlawful, protecting the citizens from unfair direct taxation.  That same section also disallows the suspension of the Writ of Habeas Corpus (being held without due process), Bills of Attainder (Congress using legislation as a way to target and punish the citizens), ex post facto Law (retroactive law), and disallows titles of nobility or foreign influence on our leaders (an attempt to squash the rise of any ruling elite).  Article II, Section I, after indicating that the President must be a Natural Born Citizen, recognizes that citizens of the country already existed: “or a Citizen of the United States, at the time of the Adoption of this Constitution.”

Yes, folks considered themselves citizens of their States, but the clauses I just mentioned also indicates that even as the Constitution was being adopted the people of the land were also citizens of the new country.

The problem with the system is not the system.  The evil thing that is pounding down on us in a tyrannical manner is not the word “citizen”, or the idea that we are citizens who are allegedly subjects to a high power (some might even erroneously say “a corporation”).  The concept of a country, the concept of being a citizen, and the institutions in place like government and the media are nothing more than tools.  They, in and of themselves, cannot be evil.

People are the problem.

A gun or a hammer, for example, are not dangerous by themselves; but, in the hands of a violent and evil person they can create quite a bit of destruction and mayhem.  Government, and being a citizen, is a wonderful thing if wielded by the right people, and in the correct manner.  They can be destructive, however, in the wrong hands.  So, rather than going after citizenship, or the institution in place as we have inherited it, why don’t we work on putting the right people in place, and getting back to the original principles and mechanisms our republic was operating under before the tyrants grabbed the amount of power they currently have?  If we restore our republican form of government as it was originally laid out by the Founding Fathers in the U.S. Constitution the problems that are running rampant in our system would be incapable of surviving.  Liberty, checks and balances, free markets, and a set of rules established as the Constitution established them starves out and kills tyranny.  We just have to have the intestinal fortitude to fight for it, and reestablish our system as it once was.

That’s why constitutional education is so important.