The 2022 Legislature gavels out: Let’s review the historic year for education 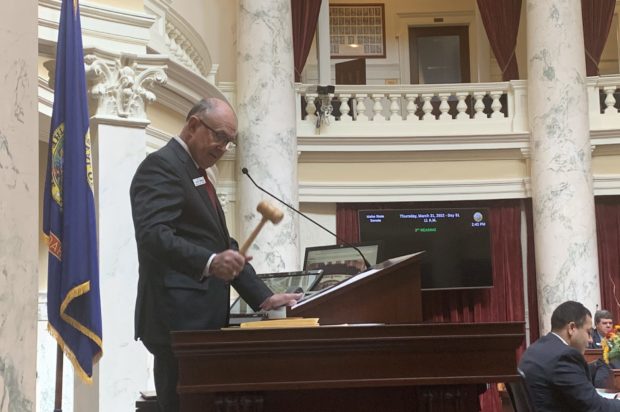 The 2022 Legislature gavels out: Let’s review the historic year for education

By Kevin Richert and Blake Jones

The Idaho Legislature called it a year Thursday, closing the door on a three-month session that brought an 11% increase to K-12 education funding, 11th hour cuts to the state’s library commission budget and a batch of policy changes for public schools.

Only three hours after returning to the Capitol to consider overriding a handful of vetoes from Gov. Brad Little, the Legislature’s House and Senate gaveled out for 2022. It marked a return to normalcy in many respects, after the House and Senate couldn’t agree to adjourn a record-long session last May.

And even as the Senate was in session — with retiring lawmakers rising to say their farewells — Little put out a news release touting the session’s work. 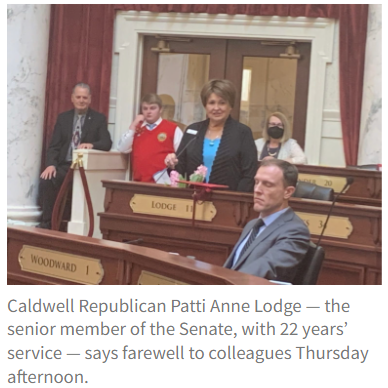 “In all my years, I have never seen a more successful legislative session that produced so many positive results for the people we serve,” Little said in a 2:02 p.m. news release. “We achieved what I never thought we could — ‘the trifecta’ — which is record tax relief, record education investments, and record transportation investments in one year.”

House GOP leaders held a press conference right after, heralding Legislature-approved income tax cuts, and offering limited insight into how the House finally passed a budget for the Idaho Commission for Libraries last Friday, when they broke a two-day impasse over the issue.

“We came up here and sat (the Joint-Finance Appropriations Committee) down at 8:30 at night to come up with a new bill when everyone you know, realized that hey … no one wants to defund the library commission — well, there may have been some,” House Speaker Scott Bedke of Oakley told reporters.

The Legislature conducted no business of substance on its 81st and final day in session. The Senate failed to override Little’s veto of the “Coronavirus Pause Act,” which outlawed business vaccine mandates. The House didn’t try to override two vetoes: a bill to overhaul the Idaho Judicial Council, and a bill to continue an enrollment-based school funding formula.

Now that the 2022 session is a wrap, let’s recap the impacts on teachers, school employees, parents, students and taxpayers.

If you’re a teacher …

You are looking at pay raises, in the 10% range.

The Legislature put another $104 million into the career ladder, the state’s teacher salary schedule. That includes $36.4 million of federal money, a one-time cash infusion designed to move teachers along the career ladder.

If you’re a school employee …

Here’s what you can expect.

If you teach in rural Idaho …

The Legislature wants you to stick around for a spell.

A new law will set up incentives for teachers who stay in rural or high-poverty schools. The idea is to offset the cost of student loans, a master’s degree or an additional teaching credential. In the first year, 750 teachers could be in line to get $1,500 apiece. The incentives will reach $4,500 in Year Four of the program.

If you teach English, math or science in K-12 …

Get ready for a new set of content standards.

The Legislature finally settled the standards issue, dropping the English language arts and math standards aligned to the Common Core movement, and science standards adopted in 2018. The new standards have been in the works for years — drawn up by committees of teachers, education officials and lawmakers. The next step: making sure the Idaho Standards Achievement Test aligns with the new standards.

If you’re the parent of a kindergartner …

You might be able to send your kid to all-day kindergarten. Maybe.

The Legislature put an additional $46.6 million into Idaho’s literacy program. That number is no accident; it’s designed to cover the cost of all-day kindergarten statewide. But there are no guarantees. No district is required to put its share of the money into all-day kindergarten; districts are free to spend the money on any early reading program of their choosing.

If your child has dyslexia …

A new program is on the way to help kids with dyslexia, a reading disorder affecting about 20% of children. Starting next year, the state will begin a dyslexia screening program for kindergarten through fifth-grade students, work on a dyslexia handbook for teachers, and help train teachers to work with students with dyslexia.

If you need help covering your kid’s educational expenses …

Another $50 million is on its way, by way of Uncle Sam. The Empowering Parents grants will help families cover the cost of a laptop or internet access, or learning materials, or physical therapy or occupational therapy — up to $1,000 per student, or $3,000 per household. It’s a sequel of a popular grant program from 2020, and families making less than $60,000 will get first shot at the money.

If you’re counting on school lunch …

The state put an additional $74 million of federal money into the program for this school year — and doubled down with another $74 million next year. The goal is to continue universal, free meal programs launched during the pandemic.

That money will last through June, but funding for more free meals has hit a logjam in Congress.

If you’re a college student …

You’re looking at a break on tuition.

Boise State University, the University of Idaho, Idaho State University and Lewis-Clark State College will hold the line on tuition for a third successive year — for in-state undergrads, anyway. The presidents committed to another tuition freeze during the debate over the higher education budget, which passed.

If you work on a campus …

You’re in line for a pay increase, too. The Legislature approved 5% raises. And lawmakers fully funded the raises this year, which means the colleges and universities won’t have to use tuition and fees to help beef up staff paychecks.

If you’re a school board trustee …

You’re going to have to spell out how you’re planning to spend a supplemental levy. This was part of the bargain, in the literacy/all-day kindergarten bill that passed. Districts will have to list a detailed description of their plans for levy dollars, on the ballot.

Another thing: You’ll have to listen to an advisory committee, half of which must be parents, before making curriculum calls.

If you’re a taxpayer …

You’re getting a decrease in income taxes – from the big tax bill that passed early in the session. You’ll still be paying sales taxes on groceries, even though House conservatives tried numerous procedural moves designed to get a vote on a grocery tax bill. And the Legislature didn’t do much about property taxes, at least not directly. But the money that’s going into teacher salaries, employee benefits and all-day kindergarten might ease some of the pressure on school property taxes.

If you’re thinking about medical school …

You might need to promise to practice medicine in Idaho.

Students who take seats reserved for Idahoans at the University of Washington or University of Utah medical schools will have to either practice medicine in Idaho for four years, or pay back over $100,000 that Idaho puts toward their schooling. Students starting programs in the fall of 2023 will be the first class affected by the new requirement.

The Legislature didn’t do much with the anti-critical race theory group’s policy recommendations.