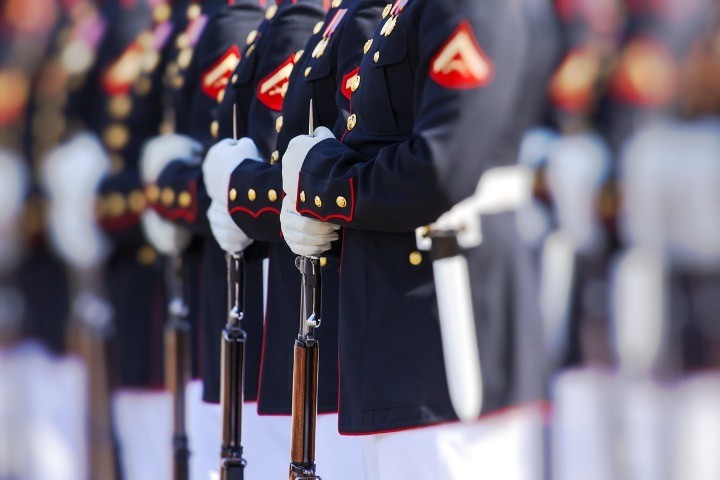 More than two dozen influential retired generals have launched a pressure campaign to try to halt plans to transform the U.S. Marine Corps.

The fundamental changes in question, Force Design 2030, which were announced in March 2020 and approved by Congress, were introduced by Marine Corps commander Gen. David Berger, who hopes to make the marines lighter, faster, and more capable of doing everything from electronic warfare to sinking ships at sea.

Berger, who was nominated to his current position by President Donald Trump in 2019, aims to better prepare the corps to deal with a potential future conflict with China.

The argument in Berger’s new strategy is that in order for the Corps to shift its mission, and absent a massive infusion of new funding, tough decisions had to be made. Getting rid of hundreds of tanks and amphibious vehicles saved about $3 billion, all of which was pumped back into new precision missiles and upgrades for infantry units.

Berger and his supporters have said equipment such as tanks and artillery tubes aren’t suited to that Pacific fight. Rather, modern threats require the U.S. to have long-range precision rockets, small loitering armed drones, and mobile ship-killing missiles that Marines can use to protect U.S. and allied vessels.

But these proposed changes do not sit well with former military brass like James Mattis and John Kelly. Mattis served as secretary of defense under Trump but resigned over the 45th president’s decision to withdraw troops from Syria. Kelly was secretary of homeland security and later chief of staff, but also resigned in 2018.

Both men have spoken out strongly against their former boss. Mattis called Trump a threat to the Constitution and compared his actions to Nazi Germany’s. Kelly accused Trump of poisoning the minds of the American people, and advocated his removal via the 25th Amendment.

“This is not a fragmented effort, this is a collective of 30 some generals … including six or seven of the most senior, most credible Marines that I’ve ever worked with,” said Frank Hoffman, distinguished research fellow at the National Defense University, of Berger’s plans.

Changes have already been made. The Corps’ 400-odd tanks have been shifted to the Army, helicopter wings have been put in storage, and infantry units are being reconfigured to become smaller and more nimble.

A number of the generals opposed to the changes met with Berger on March 3 to voice their concerns, but weren’t satisfied they had been heard.

As a result, Jim Webb, a former Navy secretary and Marine Vietnam veteran who said the talks with Berger were “unsuccessful,” wrote a March 26 Wall Street Journal op-ed in which he declared, “the gloves have now come off.”

The changes Berger is putting forward “do not meet … requirements and do not meet the needs of the combatant commander,” Anthony Zinni, a retired general and former head of the U.S. Central Command, told Politico. “We think the cuts are far too drastic and really, greatly diminish the capability of the Marine Corps as a combined arms team and move it away from its traditional role.”

In his op-ed, Webb said the group of frustrated generals meet virtually or in-person on a daily basis.

Berger and his supporters say equipment like tanks and artillery tubes aren’t suited to the upcoming fight in the Pacific. Instead, modern conflicts will require the U.S. to have long-range precision rockets, small loitering armed drones, and mobile ship-killing missiles.

Detractors, however, argue that the Ukraine conflict shows tanks and heavy armor are still essential to modern combat.

In a Marine Corps Times op-ed, Paul Van Riper, a retired lieutenant general who served as head of the Marine Corps Combat Development Command, lamented that “the Corps will have more space experts, cyber warriors, influence specialists, missileers and others with unique skills” than “Marines prepared to close with and destroy the enemy.”

Maneuvering is more difficult because things can be spotted, logistic lines are going to be much more challenging to maintain and so when you’re faced with this kind of new battlefield, wouldn’t you want the force to be less logistically intensive and more maneuverable?