Mike Pence Hopes to Pursue the Presidency as a Mousy Trump 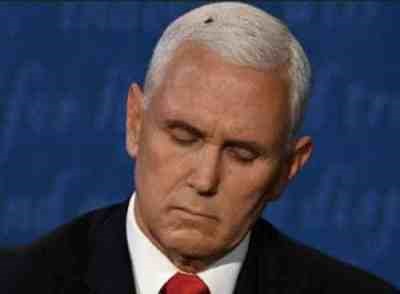 Mike Pence Hopes to Pursue the Presidency as a Mousy Trump

Former Vice President Mike Pence is looking to become the 2024 presidential candidate of the McConnell wing of the Republican Party. He put out a very long Freedom Agenda platform in anticipation of a run.

The agenda repeats most of Trump’s platform but in the blandest way possible. Missing is the force and commitment of Donald Trump that makes people believe in him.

Pence is maneuvering to adopt the Trump agenda but without the Trump. In doing so, he’s lost what made Trump a winner.

According to the AP quoting or paraphrasing Pence, Pence thinks he can win as the boring, jellyfish Trump:

“There is a winning coalition for America that believes in the traditionally conservative values that the vice president has championed through his career,” said Marc Short, co-chair of Advancing American Freedom, the advocacy group Pence launched last year.

His agenda includes the latest popular notion that Vladimir Putin “undermines freedom and democracy at home and abroad, while jeopardizing stability by threatening the sovereignty of Russia’s neighbors.” The problem is most Americans are more concerned about US sovereignty, jobs and the economy. His comments suggest more of the same that we get from the McConnellistas.

When he spoke with Fox News about the agenda, he was too blah to be believed.

“Elections are about the future,” he said, “and frankly the opposition would love nothing more for conservatives to talk about the past or to talk of the mess they’ve made of the present, but I think it’s of equal importance we focus on where conservatives at every level, whether it’s the active citizen or whether it be people in public life, can carry the country.

“And I think by relentlessly focusing on the future we can stop the radical left, we can turn this country around, we can win the Congress and state houses back in 2022, and we can win back America in 2024 and beyond.”

Does that make you want to vote for him or does it sound like typical politician buzzwords? What Donald Trump and Ron DeSantis have that Pence does not is their courageous stands, no backing down, and no political backslapping. They also don’t talk in buzzwords.

What don’t McConnellistas get about their membership no longer wanting to hear from chattering do-nothings of the establishment?

Does anyone remember when Pence suggested Trump supporters were un-American for skepticism about whether Joe Biden’s election “win” was legitimate?