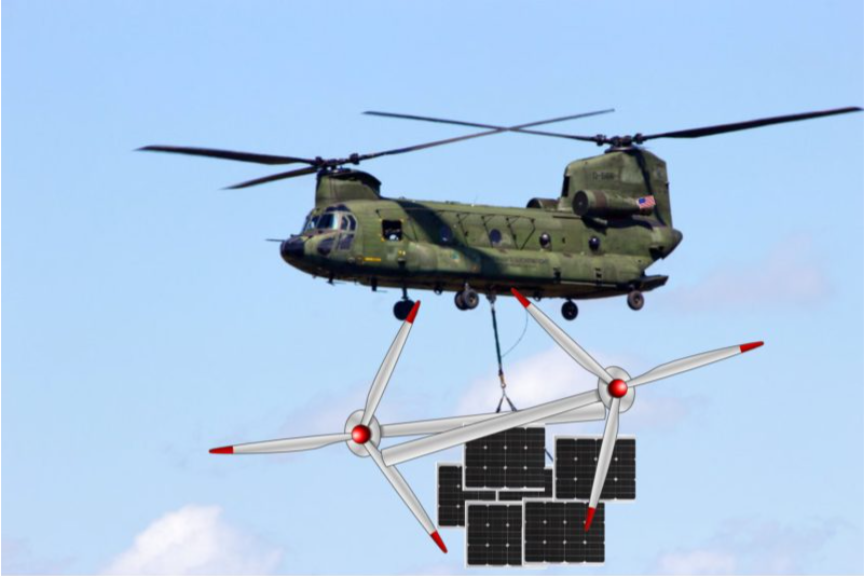 After announcing his intention to deplete the U.S. Strategic Petroleum Reserve by one third in an attempt to appease energy consumers without producing more energy, President Biden made his most dramatic energy announcement to date. 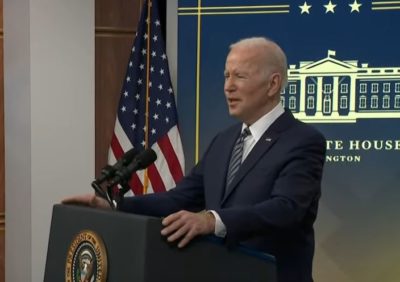 Biden announced that “the United States is set to launch a ‘Marshall Plan’ for renewables, featuring a daring airlift calculated to bring Vladimir Putin to his knees.”

The President’s note cards explained that during the first stage, America’s entire supply of uninstalled wind turbines and solar panels will be loaded onto cargo aircraft and transported to Europe.  The second stage will entail decommissioning 79% of America’s installed wind and solar base, and airlifting them to Europe as well. 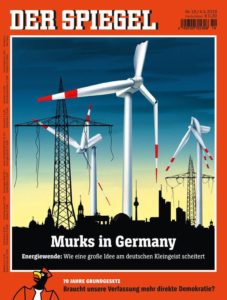 The invasion of Ukraine exposed European dependence on Russian energy.  Germany, for example will have spent $580 billion on renewables by 2025 with much of it going to intermittent wind and solar.  The results of the “Energiewende” were not those intended, with Germans paying dramatically more for energy, their grid destabilized, and Russian oil and gas required to keep the economy running.  Germany has failed to realize its hoped for reductions in greenhouse gas emissions, with the closure of German nuclear plants deepening dependence on Russian energy along with brown coal from NATO countries.

President Biden, hoping to wean Germany off Russian hydrocarbons, announced plans to make more American liquefied natural gas available. However the President’s speechwriters were forced to strategically overlook the problem that the quantity of gas required does not exist.

Computer models project that increased European investment in wind and solar, coupled with the massive addition of nearly the entire American renewable inventory, will reduce European dependence on Russian energy by 0.75% in the first year and further reduce dependency by a stunning 1.35% within five years.  The benefits are expected to increase on sunny and windy days, and be particularly striking on days that are both sunny and windy (though not too windy).  These benefits will taper as the turbines reach the end of their 20 year lifespans, and the solar panels their 25-30 year lifespans, at which point the entire exercise will need to be repeated.  It is hoped at that point, Putin will yield to the inevitable and withdraw.

President Biden and climate envoy John Kerry see the end of the useful life of the turbines and panels, many of which are already nearing their demise, as an added benefit.  “Shipping new solar panels, along with the materials needed for wind turbines from China, will mean more Green jobs for Americans to unload the ships and install the renewable replacements,” Kerry said, “this is similar to the useful life of a family jet.  At 78 years old, I likely won’t get to see all these exciting replacement renewables, but I hope future generations of Forbes’s, Kerry’s and Heinz’s will be able gaze down on them with pride, and watch the Green workers install them from their future jets.”

The most dramatic benefit of shipping America’s wind and solar inventory to Europe is expected to accrue, not to our NATO allies, nor to Ukraine, but to Americans themselves.  Every wind turbine and solar panel which remains uninstalled, or which is removed and not replaced, results in dramatic savings to American tax and ratepayers.  President Biden described this added benefit as an “unparalleled energy regime change.”

“I mean it, no kidding,” the President whispered triumphantly.