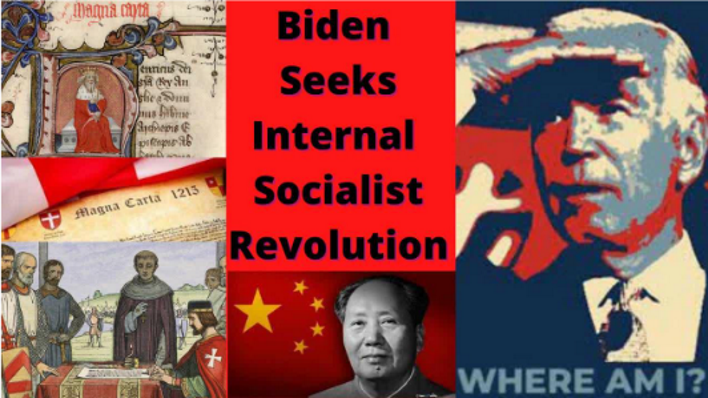 Why Dems Plot Destruction: There’s a single plausible theory for the stinking fecal pit America is now immersed in. It’s due to the purposeful activity of our current leaders, meant to diminish our future prospects by sabotage. It’s obvious everything Biden has tried for a year already failed, and yet he strangely has not changed policies, but double down. So the current results are what Biden wants. Further, our weird cult of environmental racist wokism protects all govt policies. What gives?

Talkin’ ‘Bout a Revolution: So, the reason Dems want failure is they can’t achieve their goals without revolution. Yet the spontaneous revolution Marx taught as inevitable simply never occurred. Marx originally said the world’s beleaguered workers will arise and “throw off the chains” of capitalism. But free markets increasingly made worker’s lives better. So Marxists eventually developed a theory of internal destruction to collapse a society, for inverted revolution, as outlined by prof’s Fox & Pivin. See, The nature of revolution, by Duncan Hallas: 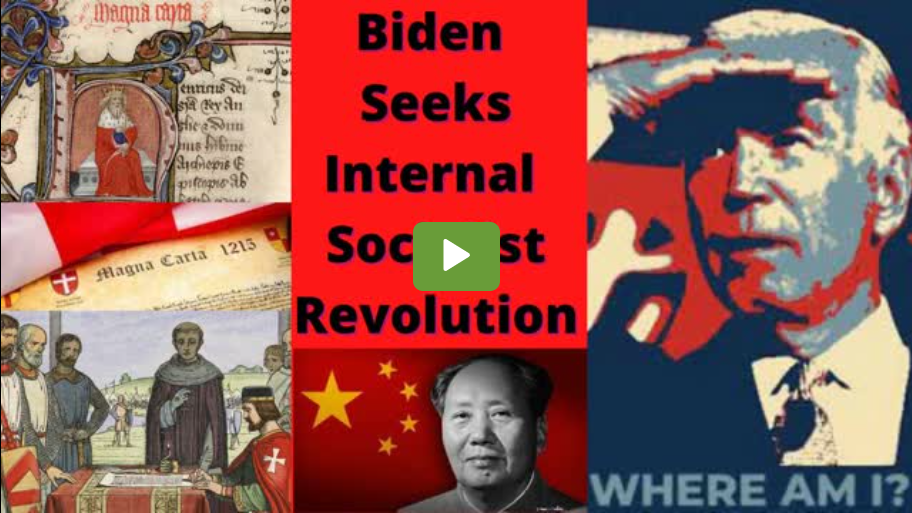 Why “Anthropomorphic (Manmade) Global Warming” is conceived in the shape of socialism?

“REVOLUTION, IN the sense that we’re using the word, is—I’m quoting Marx—a more or less rapid transformation of the political, and/or social and economic system. Now, we ought to add, it needs to take place in a fairly short time on this definition…We’re talking about revolutions in terms of things that happen relatively rapidly. Are there any common factors that we can generalize about revolutions? This applies to both kinds, political and social. Well, Lenin wrote, there were three conditions. The first was, the old ruling class cannot go on in the old way. In other words, revolutions, or at least the immediate crack-up of the old order, starts at the top. It starts because of a crisis in the ruling class itself. Secondly, the mass of the population won’t go on in the old way. That is to say, there is a radicalization, which occurs quite quickly, quite rapidly. And thirdly, that there is a coherent and adequate leadership of the oppressed classes.”

Nature of Revolutions: As seen above, Marx’s idea of revolution is dated, romantic, idiosyncratic and vague, but it still should occur quickly. In fact, Biden’s current policies degraded the US to a shocking degree in less than 12 months, purposely using bad management and tragic policies, all for the sake of the holy revolution Marx claimed was history’s most important engine of change, as his writing partner Engels noted at his funeral:

“For Marx was before all else a revolutionist. His real mission in life was to contribute, in one way or another, to the overthrow of capitalist society and of the state institutions which it had brought into being, to contribute to the liberation of the modern proletariat, which he was the first to make conscious of its own position and its needs, conscious of the conditions of its emancipation. Fighting was his element. And he fought with a passion, a tenacity and a success such as few could rival.”

Global Warming: Now, let’s take a moment to ponder the odd question of why “Anthropomorphic (Manmade) Global Warming,” AGW, is conceived in the shape of socialism? How so? Well, remember in classic Marxism wealth is developed when the rich steal from the poor. They must be stopped and forced to return stolen funds, as the government legislates and enforces this moral necessity.

AGW: So, first—in AGW, wealthy countries first built themselves at cost to poor, third-world countries, symbolically through colonialism. Second, first-world countries are the chief polluters, and must be forced to limit future excess carbon. Third, poor countries must be allowed extra pollution to help develop wealth to compete with rich states.

Carbon Credits: But, consider—poor countries can also sell these extra “carbon credits” to first-world countries. This returns stolen wealth to the poor, making a fairer world economy. Finally, the salvation of the entire world through socialism depends upon the AGW carbon economy, because as first-world countries disgorge their wealth, poorer countries gain parity, and finally all countries become equal to enter international communism. And it’s all explained by the typical leftist-on-the-street in moralizing terms, attacking capitalism as just a greedy attempt to get a few filthy duckets while destroying the earth. Moralizing, Marxism style.

Overall Biden Socialism Analysis: ponder the socialist outline of all of America’s current problems. Consider first, that inflation is a choice based on monetary policy. Soon inflation will pass 10%, yet it was a wholly avoidable event, definitively caused by excess government spending. Yet, crazy uncle Joe still grimly battles to spend trillions more, as if he were sworn to some great goal like curing childhood cancer. Instead, Biden’s hateful rhetoric extols Marxism.

Fuel Insanity: Now, current fuel price spikes result from decreased supply. Biden shut down federal leases, supposedly “battling Global Warming.” Yet, despite the fact that America needs more oil pumped, as gas soars to $10 a gallon, Biden refuses US resources. Instead he chooses Marxist and terrorist regimes to build their economies, fortifying them for future conflict. And so our policies both harm our domestic energy markets and also aid our enemies. Revolution.

Tax ‘n Spend: Again, ponder how Biden’s taxation policy reduces economic activity while increasing rates. This is a classic Marxist insistence capitalism must evolve into socialism. If Biden cared about growing taxes to make paying for “Build Back Better” easier, he’d grow the economy and harvest increased taxes from the gains.

Billionaire Bingo: Instead, the goal for sanctimonious Senators ‘Sanders and Warren is demanding the RICH MUST PAY THEIR FAIR SHARE! A Revolution where “Billionaires” must be cut down to size won’t regrow the economy, but stymie flourishing. Further, Biden’s intentional dollar devaluation via inflation and waste, if continued, will de-anchor the dollar as world currency, causing massive loss of US & global wealth, fostering communism in Biden & Co.‘s hate-fevered mind.

America is submerged under a burgeoning waterfall of propaganda

Secular Religious Radicalism: There’s something desperately wrong with any theory claiming every human goal is mistaken and must be attacked to save humanity.  Are plans for cheap, available energy, a fair justice system, a growing economy, and representative republicanism really the enemy of human good? It’s simple Gnosticism, the notion the world is an illusion, and only humanist elites can deliver salvation. Every cult in human history has drawn on this error. So the swap of socialism for Christianity excites humanists, because—without God, presto-chango—the evils of greed and graft are confronted as the poor are defended while the wealthy are punished and impoverished as the earth is saved. Amazing!

Biblical Citadel: Every important constitutional pillar derives from biblical premises, including each genuine Right. Therefore, leftists in their battle for hegemony attack biblical religion like termites swarming a balsa wood forest. They know to kill mankind you must first kill the Word incarnate. See Ellul’s Humiliation of the Word. In redundantly killing God after Calvary, they hope to obliterate sin itself, wiping out need for payment, including terrifyingly—by man’s own soul.

Shocking Deicide: This appalling lust to slaughter God, aka deicide, is the most perverted fetish in history. God gives birth to humanity, and for His troubles, is now hunted to extinction. Meanwhile, as illustration, America now drowns under a towering flash flood of lawlessness and prurient licentiousness. The current rise in violent crime, alone, is astounding in its fury. See Msgr Robert Nusca’s, The Christ of the Apocalypse:

Eric Voegelin observes “the new creature who committed the murder of God does not recognize its own death in what happened,” while Nikolai Berdyaev’s more terse and apophthegmatic phrase, “where there is no God, there is no man either,” serves to accentuate further the eclipse of humanity which is the ultimate result of the death of God.

Apocalyptic Salvation: America is submerged under a burgeoning waterfall of propaganda, where the most absurd and preposterous characters are offered up to lead our nation. Imagine If the ancient cult of Roman emperor worship had electronic media. Would cadaverous Biden then be touted as our savior? With his plastic parchment complexion, glazed eyes, wax-museum smile, staggering gait, and the chattering, nonsensical speech of an adderall dosed squirrel? To survive, America needs the leadership of brave patriots, savvy responses to continuous crises, and the powerful Grace of God. It’s certainly a propitious time to be found on our knees.