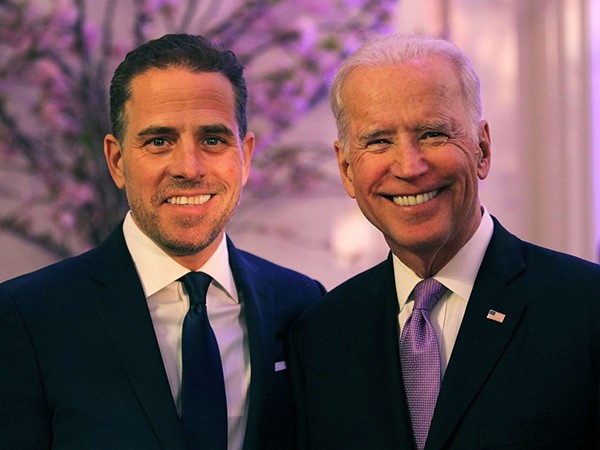 For years, reports have connected the Biden family to shady business deals with foreign nationals in countries known to be hostile to the United States, and that is especially true of first son Hunter Biden.

When his dad, Joe Biden, was vice president serving under Barack Obama, Hunter used his father’s connections to land a number of lucrative business deals in countries like Ukraine China, and Russia, at times partnering with the children of other insider Democrats like John Kerry. But it was bombshell reporting by the New York Post in October 2020 that really unmasked the Biden family’s corruption.

Those Post reports were based on materials, emails and data gleaned from the hard drive of a laptop Hunter Biden abandoned at a computer repair shop in Delaware in 2019, a laptop that was eventually confiscated by the FBI — though, strangely, the FBI official who ought to know where the laptop is and its current status told a House committee this week he had no idea.

But those reports came out just weeks before the 2020 election that was already in the process of being stolen by the deep state and its Democratic allies, so those reports were ignored by the legacy media or discounted as little more than “Russian propaganda.” Also, 51 deep state intelligence officials all signed a letter claiming that the information on the laptop sure looked like a Russian propaganda operation, which gave the legacy media cover to report as much and dismiss the NY Post’s bombshells.

Now, after Joe Biden has obviously demonstrated time and again that he has early-stage dementia or worse, the same legacy media outlets who ignored the original stories about Hunter Biden are suddenly rushing to publish deep dives into those allegations, which has led long-time Washington watchers to conclude that the deep state has decided the time has come to ditch the old man before he slips up and talks the nation into a war with Russia and China.

While many aspects of Hunter Biden’s financial arrangement with CEFC China Energy have been previously reported and were included in a Republican-led Senate report from 2020, a Washington Post review confirmed many of the key details and found additional documents showing Biden family interactions with Chinese executives.

Over the course of 14 months, the Chinese energy conglomerate and its executives paid $4.8 million to entities controlled by Hunter Biden and his uncle, according to government records, court documents and newly disclosed bank statements, as well as emails contained on a copy of a laptop hard drive that purportedly once belonged to Hunter Biden

CNN has also gotten into the ‘expose Hunter’ act:

A Justice Department investigation into Hunter Biden’s business activities has gained steam in recent months, with a flurry of witnesses providing testimony to federal investigators and more expected to provide interviews in the coming weeks, according to multiple sources familiar with the matter.

The probe, led by the US Attorney in Wilmington, Delaware, began as early as 2018 and concerns multiple financial and business activities in foreign countries dating to when Biden’s father was vice president. Investigators have examined whether Hunter Biden and some of his associates violated money laundering, tax and foreign lobbying laws, as well as firearm and other regulations, multiple sources said.

And two weeks ago, The New York Times, in a story that was also about how a federal probe into Hunter’s alleged tax fraud and illegal foreign lobbying is heating up, confirmed as well that the laptop contents were valid.

Again, none of this reporting is new; it’s all been reported before. So the question is, why are these legacy media outlets dumping on Hunter Biden now, just as Joe Biden appears to be faltering? The answer seems obvious.