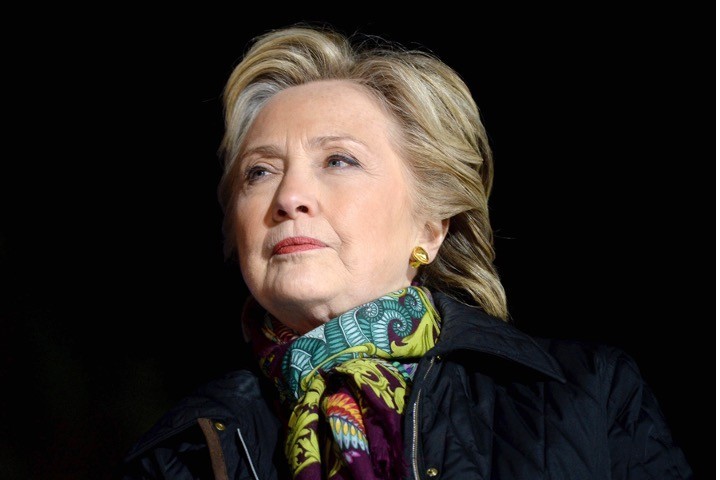 The Federal Election Commission might have given former President Donald Trump a boost in his lawsuit against Hillary Clinton’s presidential campaign, the Democratic National Committee, and other nefarious prevaricators and racketeers who conspired to create the Russia collusion hoax.

FEC has fined the campaign, the DNC, and others for lying about the money they paid to create the infamous Steele Dossier, the smear assembled by a British spy to wreck Trump’s candidacy.

Neither Clinton campaign torpedoes nor the DNC confessed wrongdoing. Nonetheless, the fines mean that an official government agency has corroborated at least some of the claims in Trump’s lawsuit. 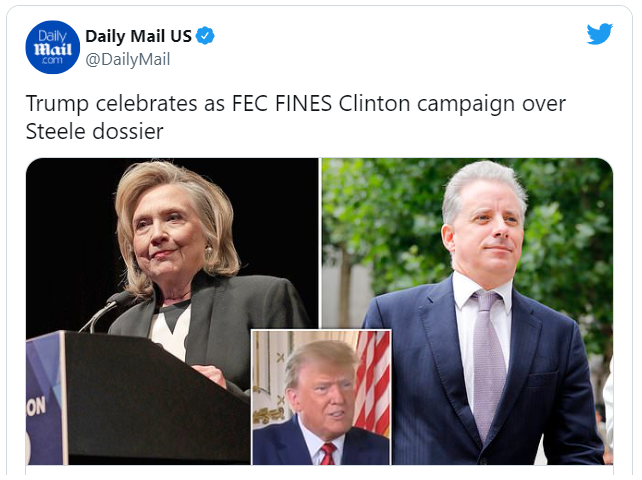 The bad news for Clinton and her gang came in a letter from the FEC to Coolidge Reagan Foundation, which filed a complaint against the conspirators.

The letter says the treasurers of the campaign and the DNC violated the law by not properly reporting expenditures.

The Perkins Coie Democratic law firm was a conduit for the campaign and DNC to pay a hit squad called Fusion GPS for opposition research. Fusion GPS then hired British agent Christopher Steele to produce the toxic and false report that the leftist media used not only to bash Trump during the campaign, but also to continue harassing him after he won the election. Such was the zeal to remove Trump that top officials in the FBI openly discussed a coup d’etat.

Noting that Perkins Coie paid Fusion GPS a little more than $1 million, the letter and accompanying conciliation agreements say the campaign and DNC flat-out lied in their reports to the monitoring agency.

Clinton’s campaign paid $175,000 to Perkins Coie and called it “legal services,” when in fact the money went to Fusion for opposition research.

The DNC paid $849,407.97 to the law firm for similar “legal services.” But, again, the money went to Fusion to find dirt on Trump that wound up in Steele’s dossier. As well, the DNC reported that it paid only about $783,000 to Perkins Coie.

Neither the campaign nor the DNC confessed wrongdoing.

“As Putin bombs civilians in Ukraine and the world condemns him as a war criminal, Trump is … once again asking him for help besting his political opponents,” the failed presidential candidate tweeted. “What is wrong with him?” 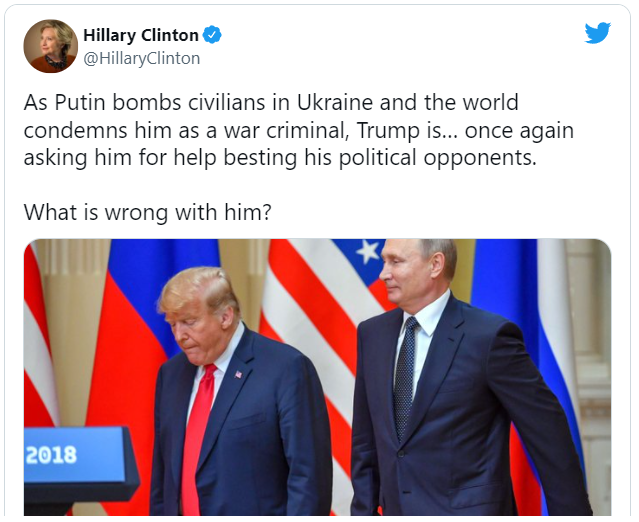 A close reading of HuffPo itself shows that Trump did no such thing. So let’s return to Clinton’s possible legal troubles.

The FEC fines raise the question of just what they mean for Trump’s lawsuit against Clinton and the myriad others involved in the conspiracy to destroy him.

That conspiracy, the 108-page lawsuit says, “shocks the conscience and is an affront to this nation’s democracy.”

“Acting in concert, the Defendants maliciously conspired to weave a false narrative that their Republican opponent, Donald J. Trump, was colluding with a hostile foreign sovereignty,” the lawsuit alleges. “The actions taken in furtherance of their scheme — falsifying evidence, deceiving law enforcement, and exploiting access to highly-sensitive data sources — are so outrageous, subversive and incendiary that even the events of Watergate pale in comparison.” 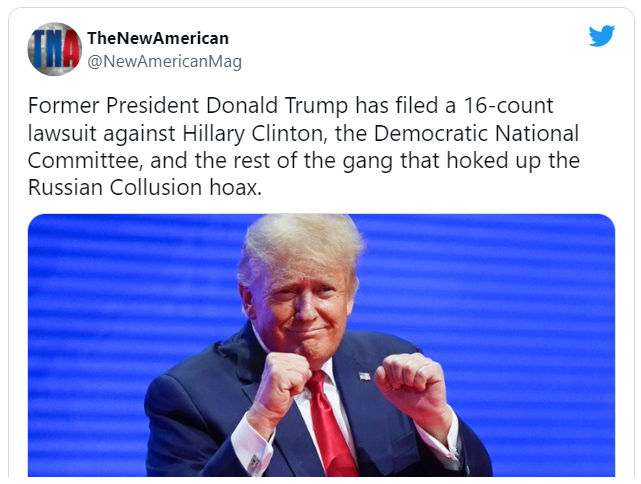 The lawsuit says Perkins Coie was supposed to “to find — or fabricate — proof of a sinister link between” Trump and Russia. That’s why it hired Fusion GPS, which in turn hired Steele, the British spy, who cooperated with a Russian agent to smear Trump.

The worst thing is, the Obama administration knew about it and, by not stopping it, tacitly approved it. As well, the FBI used the Steele Dossier and its preposterous claims to get warrants to spy on Trump campaign official Carter Page. One of Steele’s sources, Russian agent Igor Danchenko, is among those charged with lying to the FBI about his role in the conspiracy.

Trump’s Director of National Intelligence John Ratcliffe said Clinton and her co-conspirators hatched the scheme to divert attention from her own illegal activities. Clinton was caught illegally using a private e-mail server to send and receive classified government e-mail.

The FBI didn’t charge Clinton because, Director James Comey said, she did not intend to break the law.