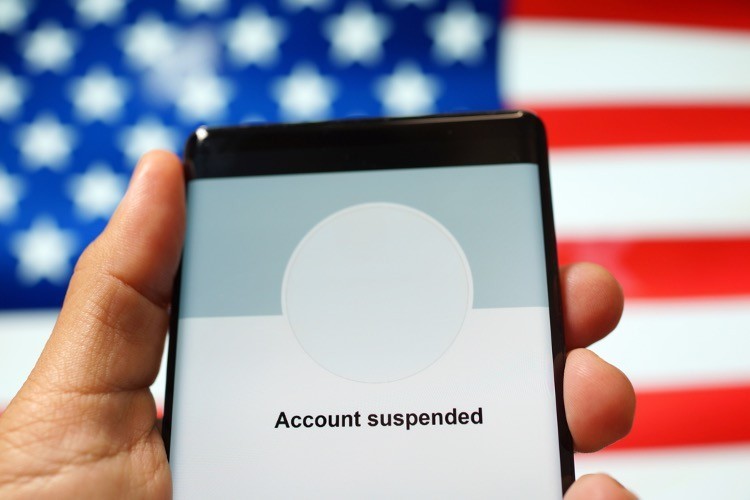 The U.S. Surgeon General and the Department of Health and Human Services (HHS) of the Biden administration have directed social-media platforms, including Twitter, to suppress alleged “misinformation” about Covid, alleges a federal lawsuit filed on March 24.

According to the lawsuit, all three garnered “tens of thousands of followers” on Twitter and other social-media platforms by actively criticizing restrictions imposed by governments and public-health authorities in response to Covid. As a result, the three have been unlawfully censored.

The lawsuit further describes the timeline of the White House’s crackdown on free speech that was dubbed “health misinformation.”

A “coordinated and escalating public campaign” on censorship was publicly announced on May 5, 2021, when White House Press Secretary Jen Psaki stated that the president believed social-media platforms “have a responsibility related to the health and safety of all Americans to stop amplifying untrustworthy content, disinformation and misinformation.” The press secretary specifically referred to “COVID-19, vaccinations, and elections.” Psaki also described that type of information as “sometimes life-threatening.”

The administration amplified its pressure in July 2021, when Surgeon General Vivek Murthy and the HHS, headed by Xavier Becerra, started “ordering” social-media companies to remove certain posts and ban the perpetrators of “misinformation.”

According to the plaintiffs, the statements made by the administration officials suggest that the latter “contemplate[d] penalties against social media platforms for allowing ‘misinformation’ to be disseminated on them.” The lawsuit contains detailed quotes from the administration’s top officials on the matter.

Since then, Twitter’s censorship machine started working at full steam, claims the suit.

“Between May and December 2021, after the May and July announcements by Murthy and the White House, all three Plaintiffs were suspended from Twitter at least once for … tweeting that the vaccines do not stop transmission of COVID-19 (i.e., are not sterilizing vaccines) and that masks do not work and are harmful.”

The plaintiffs point out that they, and many other users, have been punished for sharing content that was initially considered “misinformation” at the time, but was eventually confirmed as true by health officials themselves.

Examples of such content include claims regarding a lab origin of the SARS-CoV-2 virus, refuting the official fatality rate of the disease, debunking the idea of asymptomatic spread of the disease, pointing out harmful effects of the lockdowns and how they did not prevent Covid transmission, and the lack of efficacy of the Covid vaccines in preventing viral transmission.

The suit continues by saying that just recently, on March 3, 2021, Murthy “demanded that technology platforms … turn over ‘information about sources of COVID-19 misinformation’ by May 2, 2022 (RFI, or “Request for Information”).”

As reported by The New American at that time, “Murthy ‘demanded’ that tech platforms send data and analysis on the prevalence of COVID-19 misinformation on their sites, starting with common examples of vaccine misinformation documented by the Centers for Disease Control and Prevention.”

The plaintiffs state that Murthy has no right to do so:

No statute endows the Surgeon General with the authority to direct social media companies to censor individuals or viewpoints that the Biden Administration considers problematic.

Therefore, Murthy is either “misconstruing the statute [that empowers him to stem the spread of communicable diseases], or violating Article I, § 1 of the U.S. Constitution, which vests all legislative power in Congress.”

The administration is “not simply colluding with, but instrumentalizing Twitter and other technology companies to effectuate their goal of silencing opinions that diverge from the White House’s messaging on COVID-19,” alleges the suit. Such actions constitute “publicly directed censorship” and a “strike at the very heart … of free speech,” says the lawsuit.

The administration also likely violates the Fourth Amendment by demanding social-media platforms turn over information “about users to the Government that the Government has deemed problematic.”

Last but not least, both Murthy’s and HHS’s actions likely exceed their powers under the Administrative Procedure Act (APA). Accordingly, Murthy’s directive should be found unlawful and invalid.

“The Surgeon General apparently believes he can do whatever he wishes, even going so far as to commandeer technology companies to stifle the perspectives of those who differ from the government on Covid policies…. The Surgeon General’s demand has turned Twitter’s censorship into government action. Thus, this viewpoint-based suppression of speech violates our clients’ First Amendment rights to free speech,” said NCLA’s litigation counsel, Jenin Younes.

“Surgeon General Murthy’s RFI is really a Request for Intimidation. HHS is a serial violator when it comes to abusing its statutory power,” added NCLA Executive Director and General Counsel Mark Chenoweth.

In December 2020, Twitter said it would start attaching warning labels to tweets that contain Covid-related “misleading information” and institute a “strike” system to penalize users who post such misinformation.

Among “false claims” that Twitter said would be removed include, but not limited to:

False claims about COVID-19 that invoke a deliberate conspiracy by malicious and/or powerful forces, such as:

– The pandemic is a hoax, or part of a deliberate attempt at population control…

– Immunizations are part of a global surveillance, population control or depopulation effort.

– Vaccines (in general) are dangerous and the adverse effects that have been covered up by governments/the medical industry.

Similarly, Facebook and Google-owned YouTube have both announced bans on “false claims” about Covid-related matters, most of all, vaccines, that go against information from “public health experts” — that is, experts on a government payroll.